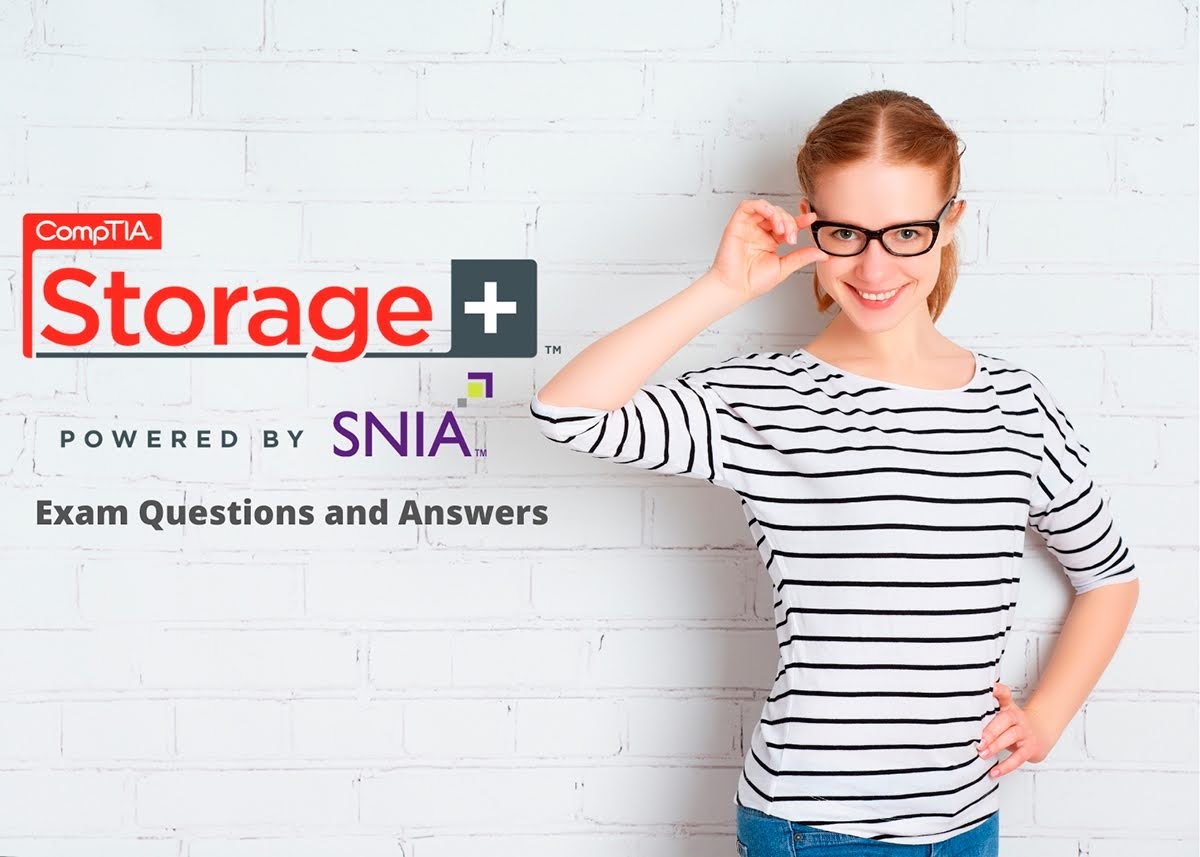 A dual-controller, active/active storage array is servicing I/O for 10 mission-critical systems. Controller A loses power and fails and all traffic is immediately routed to controller B and all pending writes from controller A have been committed to disk without issue. Which of the following features describes this functionality?

An administrator has just archived 50 percent of a file share’s data to tape. The administrator then proceeds to clear the unused space so that it is available for use by the server and array. On the array, the original LUN was provisioned in a way that allows such an operation. This process is called which of the following?

A server is attached to a dual-controller array via a single port HBA. The fabrics are fully redundant and connected to each of the array controllers in an appropriate fashion. Which of the following is necessary to provide load balancing on the server?

The backup regimen for a file server is to run a full backup every Sunday and cumulative incremental backups Monday thru Saturday evenings. On Wednesday morning, the server and storage are lost in a catastrophic event. Assuming a different backup tape is used every day, how many tapes are required to recover the server?

An environment includes an active/passive array and 2Gbps ports for the array controllers, switches, and host HBAs. The SAN is fully redundant and highly available. A new host is attached and LUNs are assigned to benchmark throughput. Which of the following is the HIGHEST throughput the administrator can expect?

When connecting two Fibre Channel switches using different domain IDs, which of the following would be used?

The name server shows an FC switch port connected to a VM Server with 6 different WWPNs.
This is an example of which of the following?

A technician has completed a replacement of the customer’s 1Gbps FC switches with new 4Gbps FC switches. All HBAs in the servers and storage arrays were also upgraded. To save money, the customer installed into the original cable plant. After all zoning changes were completed, and devices were brought online, the servers are not able to connect properly to the storage arrays.
Which of the following is the MOST likely problem?

Which of the following is a protocol that enables serverless backup?