Cloud computing has evolved in recent years, turning from being a niche technology to becoming a central pillar of digital transformation. Companies of different sizes have already migrated application systems to the cloud. Now, this applies to business-critical applications too. 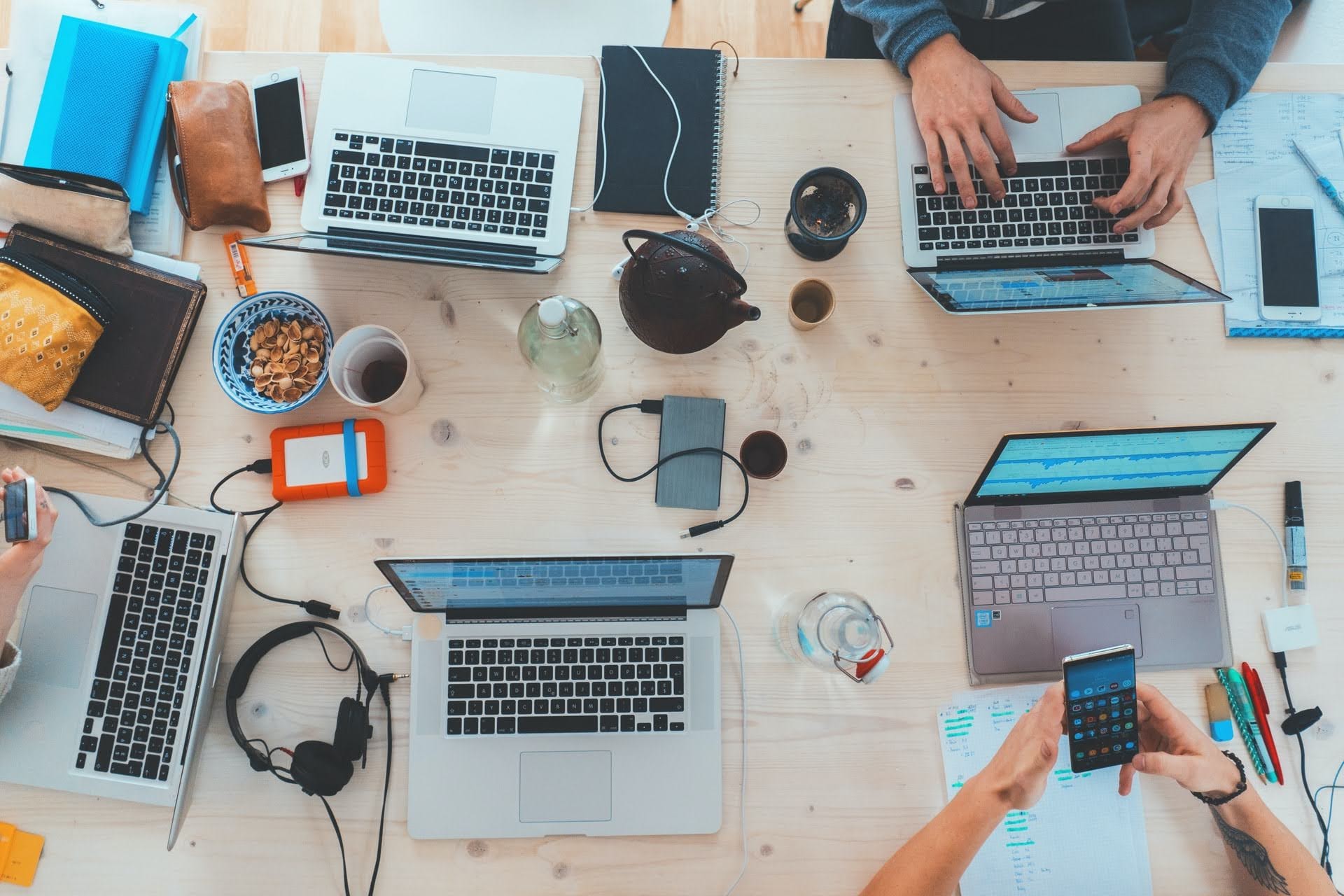 Benefits, Constraints, and Recommendations to Run SAP in Public Cloud

While companies have preferred to operate complex business applications primarily from their own data centres or via external hosting offerings, the figure for those companies using the public cloud for this purpose is rising. Cloud technology use has long since become a standard. An in-house hosting platform that has been transformed according to the cloud paradigm is what we refer to as an internal private cloud. Hosted private cloud refers to a dedicated cloud infrastructure for a single customer in an external cloud data centre.

The public cloud describes a cloud infrastructure in an external cloud data centre of one of the hyperscalers (such as Amazon Web Services, Google, or Microsoft) that multiple customers share.

Until a few years ago, it seemed hardly possible and reasonable to migrate complex SAP business applications to the public cloud and operate them there. Up to now, customers have operated SAP systems in their own data centres or have used the services of an SAP outsourcing provider.

Although public cloud infrastructures were increasingly used in the SAP environment, they were primarily used for non-productive systems, such as development or test environments.

Now more and more companies are considering a public cloud migration for their SAP applications. The reason for this is the maturity of the cloud platforms and the attractiveness of the offerings which companies expect to be able to make the operation of their SAP systems more efficient, more flexible and more modern.

SAP in the public cloud – a short definition

SAP hosting, i.e., the operation of SAP systems in data centres of service providers, is not a new phenomenon. This market segment is currently in transition due to the use of the public cloud for SAP hosting.

SAP’s software-as-a-service offerings, such as SuccessFactors and Ariba, are also based on the public cloud model. However, the focus of this research highlight is explicitly on the operation of SAP’s on-premise software solutions, such as SAP ECC (SAP ERP Central Component) or SAP S/4HANA, on public cloud infrastructures.

While SAP customers used the public cloud for individual tasks such as testing in the past, they are now moving to use public cloud services for production systems. Today, companies use SAP hosting models that are partially or wholly based on public cloud platforms. According to a survey of SAP customers in the US, Germany, and the UK conducted by teknowlogy Group in 2018, 47% said running SAP applications in the cloud was a relevant part of their IT strategy (source: “SAP: Strategies of Application Customers, teknowlogy Group, 2018).

Since the term “cloud” is sometimes used for very different things, we have explained our definition in a graphic in the context of SAP operation

What deployment models exist for SAP?

For SAP applications teknowlogy distinguishes between the following deployment models:

However, the growth of public cloud hosting does not mean that other operating forms are no longer relevant. Many companies are striving to combine different operating forms (hybrid cloud). For example, they want to combine public cloud, hosted private cloud, and in-house operation. The type of SAP application, the requirements, and the strategic orientation determine the respective operating mode. According to teknowlogy Group analyses, around 60% of SAP customers are involved in such hybrid cloud scenarios. Nevertheless, many companies in the future will operate all of their SAP systems in public cloud data centres, or in many cases have them managed by an external service provider.

Maturity of the public cloud

One reason for the growing popularity of public cloud-based SAP hosting is the maturity of hyper scale platforms vis-a-vis the operation of business-critical applications. This also includes cloud provider investments in local data centres, in the high availability of services, and security. This has helped to reduce the initial scepticism of companies towards this form.

SAP itself has also contributed to this by preparing its products for cloud operation at the request of customers, by entering into partnerships with several cloud providers (including Amazon Web Services, Microsoft, Google, and Alibaba) and by certifying their platforms for SAP operation.

Expected cost savings in SAP operation continue to be a key driver. Companies hope to save both on costs and internal resources.

Flexible pricing models are generally a key argument for the public cloud. In particular, companies, where infrastructure requirements are subject to significant fluctuations, can benefit from a pricing model based on actual use. However, in the case of SAP production applications whose operation is generally subject to less severe load fluctuations, the pricing models offered by hyperscalers (e.g., via “reserved instances”), which are predominantly designed for the long term and predictability and thus more favourably priced – are attractive.

Ultimately, it is precisely the ability to combine different pricing models and thus the efficiency and “breathing ability” of the infrastructure that makes the public cloud attractive. This is also the case for future applications in areas such as big data, machine learning, or the IoT that will work closely with SAP systems.

Automation and agility of SAP operation

The operation of SAP applications in public cloud data centres allows companies to automate the degree of automation for system operation and processes, to integrate new function modules in operations more quickly, and to make SAP applications available to other locations in a shorter amount of time.

In particular, the connection and support of international locations can be facilitated via a uniform, globally distributed cloud platform. The large hyperscalers run environments that make this possible.

Integration and use of cloud technology

In addition to pure SAP operation, cloud platforms offer the option of combining cloud supported technologies with ERP software to further enhance processes or support new business processes or -models. Examples of such technologies include big data analysis, machine learning, and the integration and use of data from connected devices or machines (the Internet of Things). It also covers cloud-based platforms for developing and operating new applications.

Migration of applications and/or infrastructure

A pending migration of SAP applications and the infrastructure to run SAP software frequently trigger relocation to the public cloud. This can be the expiry of an outsourcing contract, the imminent purchase of new hardware, or the overdue expansion of the company’s own data centre. As our analyses show, the migration to SAP S/4HANA is a reason for many SAP customers to think about alternative operating models for their SAP software.

The complexity of SAP environments

Companies with unusually large and complex SAP landscapes often have difficulties migrating parts or even all of their systems to the public cloud. This challenge, however, exists with every form of outsourcing of a complex system environment and is therefore not specific to the public cloud. This means it is essential to prepare comprehensively for such a transition and to set realistic goals.

On the one hand, the public cloud offers cost benefits; on the other hand, it can be costly to determine the exact costs for the migration (personnel expenditure, external services) of the systems as well as those for the later application operation in the public cloud. This is particularly true because running SAP on a public cloud is not comparable one-to-one with conventional outsourcing, e.g., in terms of pricing models, service level agreements, or regular benchmarking.

Many companies may lack the necessary internal expertise to migrate SAP applications to a public cloud themselves. Furthermore, the integration and management of both public cloud services and SAP infrastructure can be challenging, especially when multiple cloud providers are involved. Also, the speed of innovation on the part of hyperscalers is enormous; a positive aspect on the one hand from the customer’s point of view, but on the other hand an additional challenge to keep abreast of developments and conditions.

We recommend that companies devise a strategy for public cloud-based SAP hosting that, among other things, defines the objectives of the project: Cost savings, technological transformation, or increased agility in SAP operations. The strategy should also address the risks and total investment costs for the migration. The long-term transformation strategy for SAP applications, business processes, and IT environment should be the guideline – the cloud is more than just an alternate operating environment for ERP software.

Companies should consider that public cloud services require additional expertise in managing the use of an external IT infrastructure, monitoring service levels, controlling costs, and providing support. Either the user company must possess these skills or collaborate with an external service provider.

Do not underestimate the complexity of price models

Comparing pricing models of different cloud providers is not an easy task, especially if various platform providers are involved (multi-cloud) or the company wants to purchase services from both the hosted private and public clouds. Companies should check whether it makes sense to procure cloud services directly from the provider (hyper scale) or via an IT service provider that acts as a reseller for the hyperscaler and can thus reduce the complexity of pricing models. The latter variant can be particularly interesting for midsize SAP customers, as a large IT service provider tends to be able to negotiate lower prices with a hyperscaler.

In addition to managing and possibly reselling public cloud services, many SAP service providers also offer managed services so that SAP customers do not have to worry about all the details of cloud and SAP Basis Management.

When selecting a hyperscaler, prices should not be the sole determining factor. It is advisable to consider each respective vendor’s entire SAP service offering as well as the supplementary technology (data analysis, machine learning, the IoT, software development, etc.). The vendor’s current and future offering should coincide with the company’s planned IT transformation. It is also important whether there are agreements already in place with a vendor that can be extended to include the SAP operation component.

Companies planning to migrate to SAP S/4HANA should consider the potential benefits of operating in the public cloud in terms of providing the new application software and managing the technical ERP infrastructure (SAP HANA). This must also be considered when choosing a project partner.

Create and work through a checklist for preparation

Before starting any cloud migration, several questions must be answered and decisions are made. A possible checklist may include the following aspects, to name a few:

What adjustments and upgrades are required to the SAP applications in use and the software infrastructure (application server, operating systems, databases, etc.)?

Do the data sets in the SAP systems have to be consolidated and cleansed before migration?

Cloud computing has established itself in companies, and it has started to be used for business-critical applications. Companies around the world are evaluating public cloud-based SAP hosting and beginning to use it to migrate existing systems. The public cloud will also play a role in switching to the new generation of SAP S/4HANA software.