This article descricbes that credentials from FortiGate succeed but the same credential fails in actual SSL VPN log-in.

The credentials for a test user with username ‘testvpn’ and password ‘azbyc’ (already configured at the LDAP’s AD) shows authentication succeeded when done from the FortiGate as follows:

When using FortiClient, the error message that pops up is:

‘Unable to logon to the server. Your username or password may not be configured properly for this connection’.

When using web mode, then the error is ‘Error: Authentication Failure’.

The following debugs can be run to check the SSL-VPN login failure as well:

It is possible to observe the following in the output of the debug:

It is seen from the debugs that no authentication is however done with respect to the group configured in FortiGate for the LDAP users, i.e., SSLVPNUsers.

In this case, the test user ‘testvp’ is present in the user group ‘SSLVPNUsers’ that contains the LDAP server (remote group) added as well. 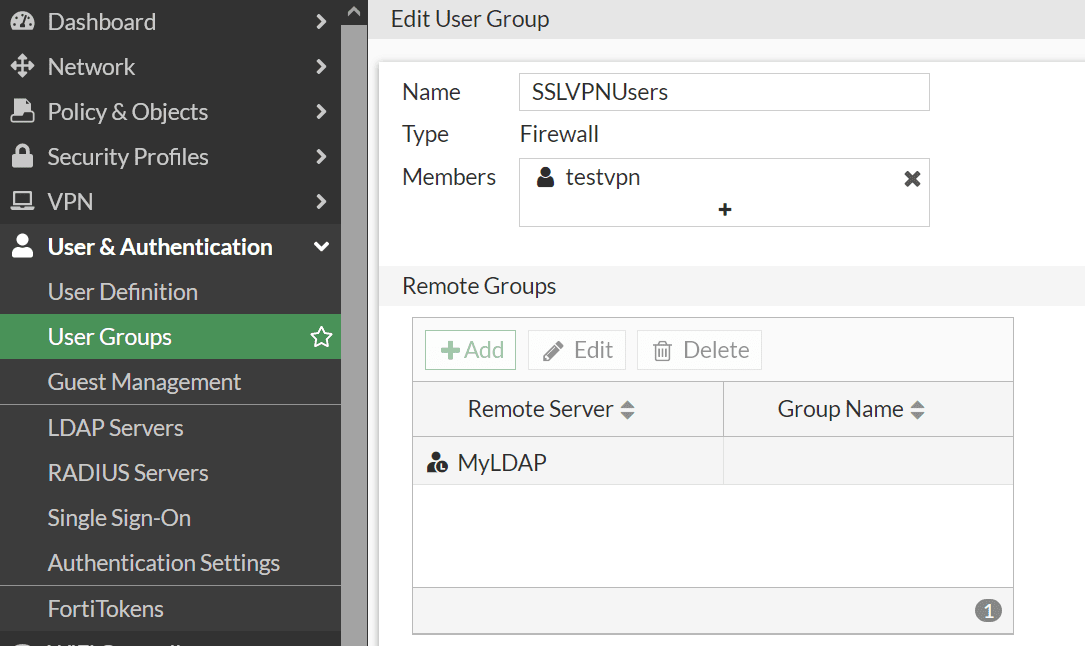 To resolve this, ensure that the configured group is present in the ‘Authentication/Portal Mapping’ section of the SSL VPN settings: 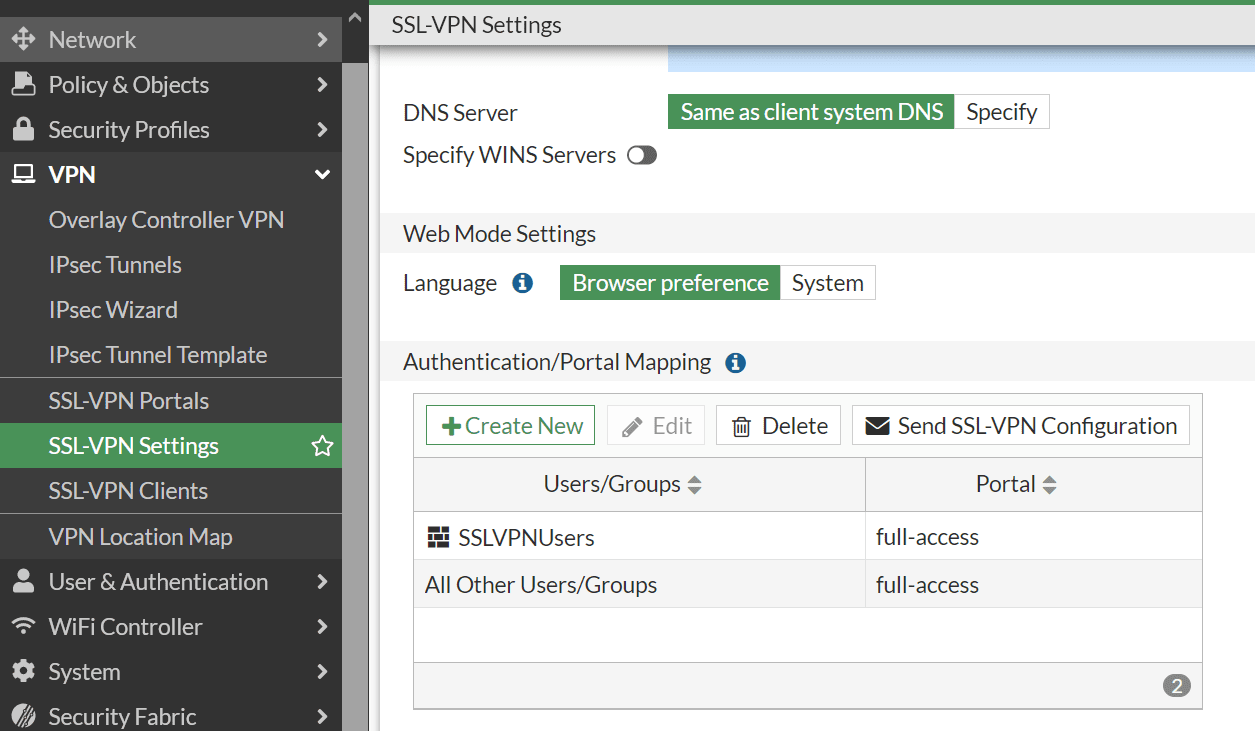 Next, ensure that this user group is added to the corresponding firewall policy as well. 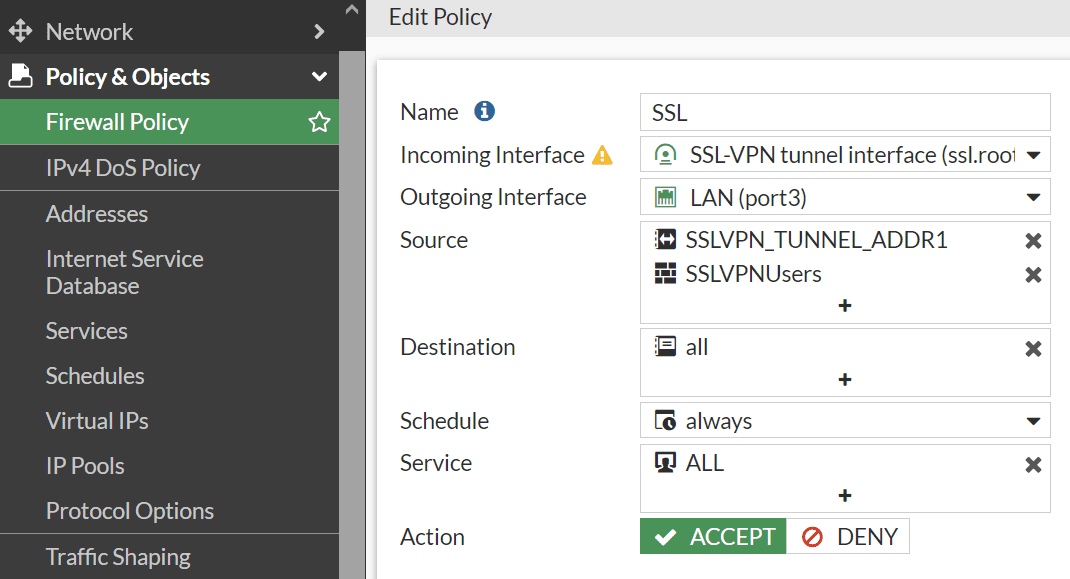 Finally, confirm that while trying to log in to the VPN, the username is typed in properly since it is ‘case-sensitive’.

After this, the user can successfully authenticate with the same credentials via FortiClient as well as web-mode.

Hence, to authenticate over SSL VPN successfully you would need: