Deep Instinct researchers have a report out on a recent spear-phishing campaign carried out by the MuddyWater Iranian APT. This particular campaign was of note because of two things. First, the group used compromised corporate accounts to send out emails to their targets. Second, the final payload was Syncro, a legitimate remote access tool often used by MSPs (but also many threat actors). Read more: New MuddyWater Threat: Old Kitten; New Tricks

A French-Venezuelan doctor was moonlighting as a ransomware creator, according to the DOJ, which charged against 55-year-old Moises Luis Zagala Gonzalez for designing the Thanos ransomware builder tool, which gave cybercriminals the ability to launch their own ransomware attacks. The DOJ said that the doctor even bragged about how an Iran-backed threat group known as MuddyWater used his tools, the indictment said. The “name and shame” indictment was filed in absentia since the doctor remains in Venezuela and likely won’t be traveling to the U.S. any time soon. The indictment has a ton more details, including how the Thanos tool looked and worked. 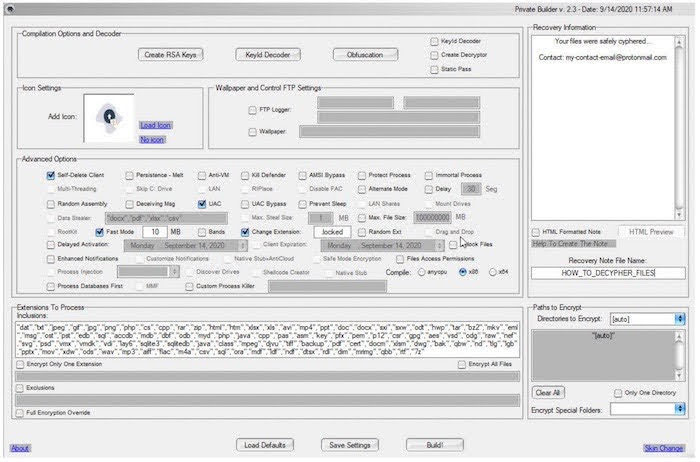 The US charged on Monday a French-Venezuelan citizen for allegedly creating the Jigsaw and Thanos ransomware strains. According to the complaint, the suspect—named Moises Luis Zagala Gonzalez—is a 55-year-old cardiologist from Venezuela. DOJ officials said Zagala created and advertised his ransomware on underground cybercrime forums and that one of his customers was the Iranian espionage crew MuddyWater. The FBI said it linked illicit money transfers from Thanos attacks to Zagala’s accounts and confirmed his identity and current location following an interview with a US-based family member, whose PayPal account was also used to launder some of the suspect’s ransomware profits.

The U.S. government spent a part of the week warning that Iranian government sponsored threat actors continue to take aim at global government and commercial networks.