Europol and law enforcement agencies across Europe and the US have shut down 50 DDoS-for-hire portals. The crackdown is part of Europol’s yearly Operation PowerOFF, a yearly operation that shuts down DDoS service providers ahead of the winter holidays, a period when many kids use these services to attack gaming servers. The DOJ has also charged six individuals in the US. According to infosec reporter Brian Krebs, the accused allegedly ran DDoS portals such as supremesecurityteam[.]com, royalstresser[.]com, securityteam[.]io, astrostress[.]com, IPStresser[.]com, and TrueSecurityServices[.]io. Read more: 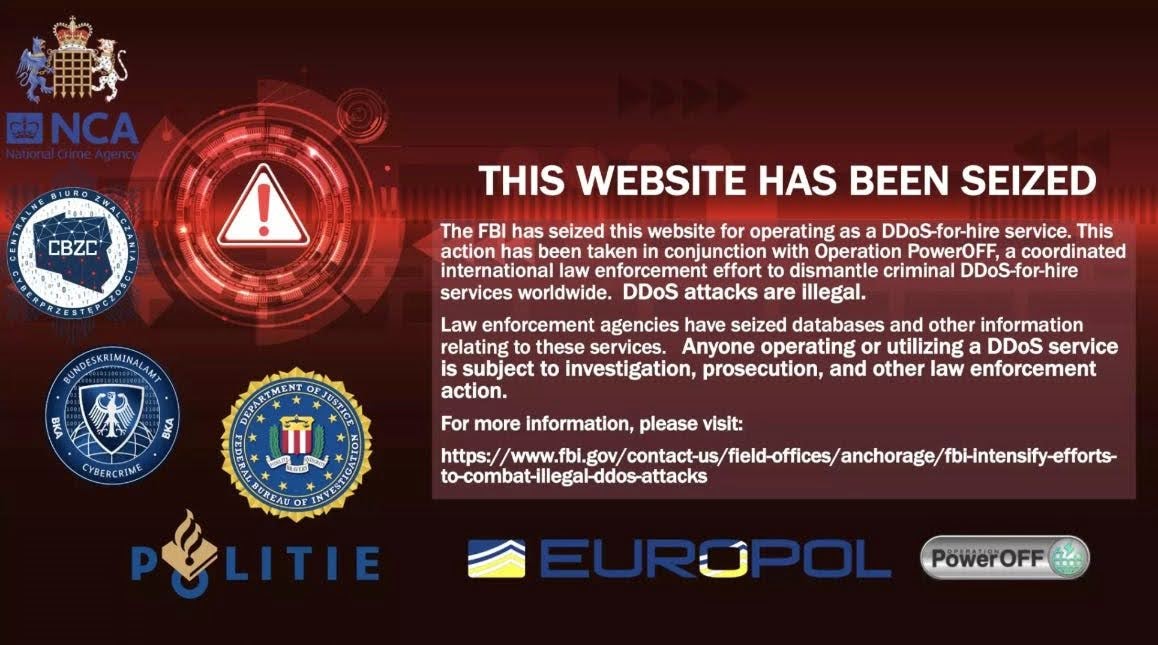 An international law enforcement operation has resulted in nearly 50 domains associated with distributed denial-of-service (DDoS)-for-hire services being taken down. Seven people have been arrested in connection with these so-called booter services; one of the people was arrested in the UK and six in the US. The operation was a cooperative effort between law enforcement agencies in the UK, the US, the Netherlands, Germany, and Poland.