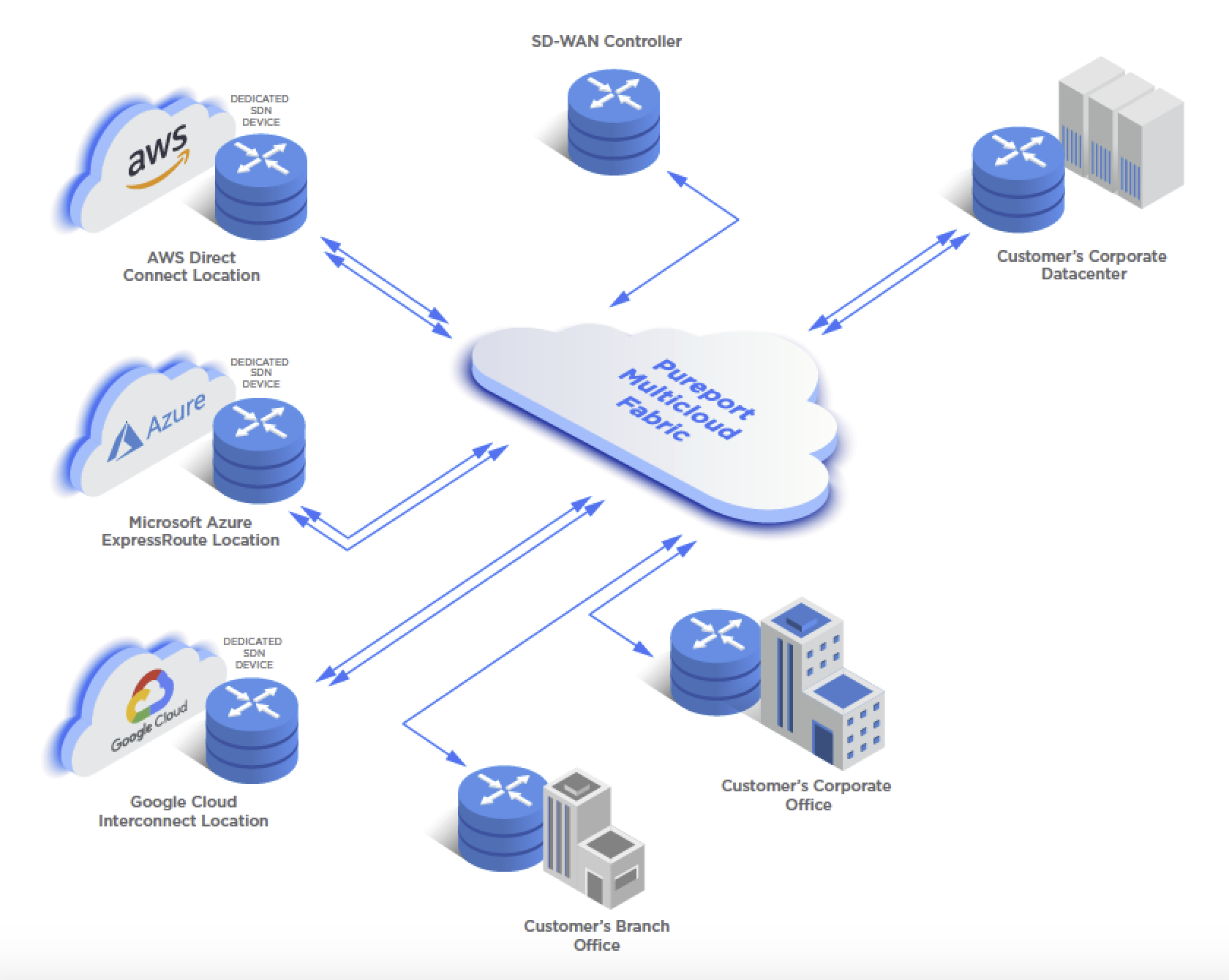 Read on this article to learn why cloud onramps and SD-WAN aren’t enough. Inside you’ll learn:

The original, and still popular, option is a cloud onramp. This approach is time-consuming, expensive, and requires significant networking expertise.

Typically, enterprises order a private line from their office to an on-premises facility or a carrier’s network, and from there cross-connect to the cloud provider’s private connectivity offering (e.g., AWS Direct Connect). It also requires a private line from the enterprise’s on-premises facility to a colocation cloud onramp-enabled data center, using your equipment or a third party’s (such as a carrier).

Prior to ordering the private circuit, enterprises must identify maximum throughput needed because it requires a long-term contract that doesn’t allow bandwidth to be increased/decreased as needed.

When connecting multiple sites to this cloud network, traffic bound for one destination is first directed to another intermediate location, such as an on-premises facility. This creates a hairpin network, which can add latency and impact network performance.

Significant networking experience is required because cloud onramps are designed at layer 2, while private connectivity offerings from cloud providers operate at layer 3 and require BGP peering.

If implemented in-house, a skilled IT department must plan, design, implement, and maintain. A cloud consultant can assist with the implementation, but allow for significant time for planning. Hiring externally can have a higher up-front cost to deploy, and a financial burden when future issues occur.

Multicloud networking platforms, such as Pureport, are the latest in cloud connectivity and are more cost-effective, provide faster implementations, maintenance is less expensive, and support a variety of connection types including IPsec VPN, mobile, and direct.

Some multicloud networking platforms support access from on-premises networks via an IPsec VPN, allowing networks to be built in minutes, which is a significant advantage.

Multicloud networking platforms use intent-based networking to simplify the building of networks by mapping to business objectives (e.g., connect site A to cloud B), and then automatically orchestrates the necessary changes without the need for advanced networking skills.