I recently purchased a HP ProLiant DL380p Generation8 (Gen8) to use as a home Plex server, as I was able to get a great deal. I currently have Windows Server 2008 R2 (SP1) installed and plan to upgrade it in the near future.

I have observed that Windows is only recognizing 32GB of memory, despite the server having 136GB of memory installed. The System Information indicates an Installed Physical Memory of 136GB, suggesting that the system is aware of the full memory capacity; however, it also states Total Physical Memory of 32GB. The server’s BIOS version is the latest version released in 2019.

I have Windows Server 2008 R2 Datacenter version installed on a separate server and it appears to have 80GB of memory. Is there an OS limitation that is preventing this server from utilizing the same amount of physical memory? Are there any suggestions regarding how to maximize the utilization of the 136GB of memory with the operating system?

Operating systems can vary in their memory capabilities, with up to 1TB of RAM possible to be installed. However, the OS itself is limited in the amount of RAM it can manage. Generally, the more expensive the OS, the greater the RAM capacity that it can handle.

It is important to consider the edition of Windows Server 2008 R2 (SP1) that is installed, as this can have an effect on the results: 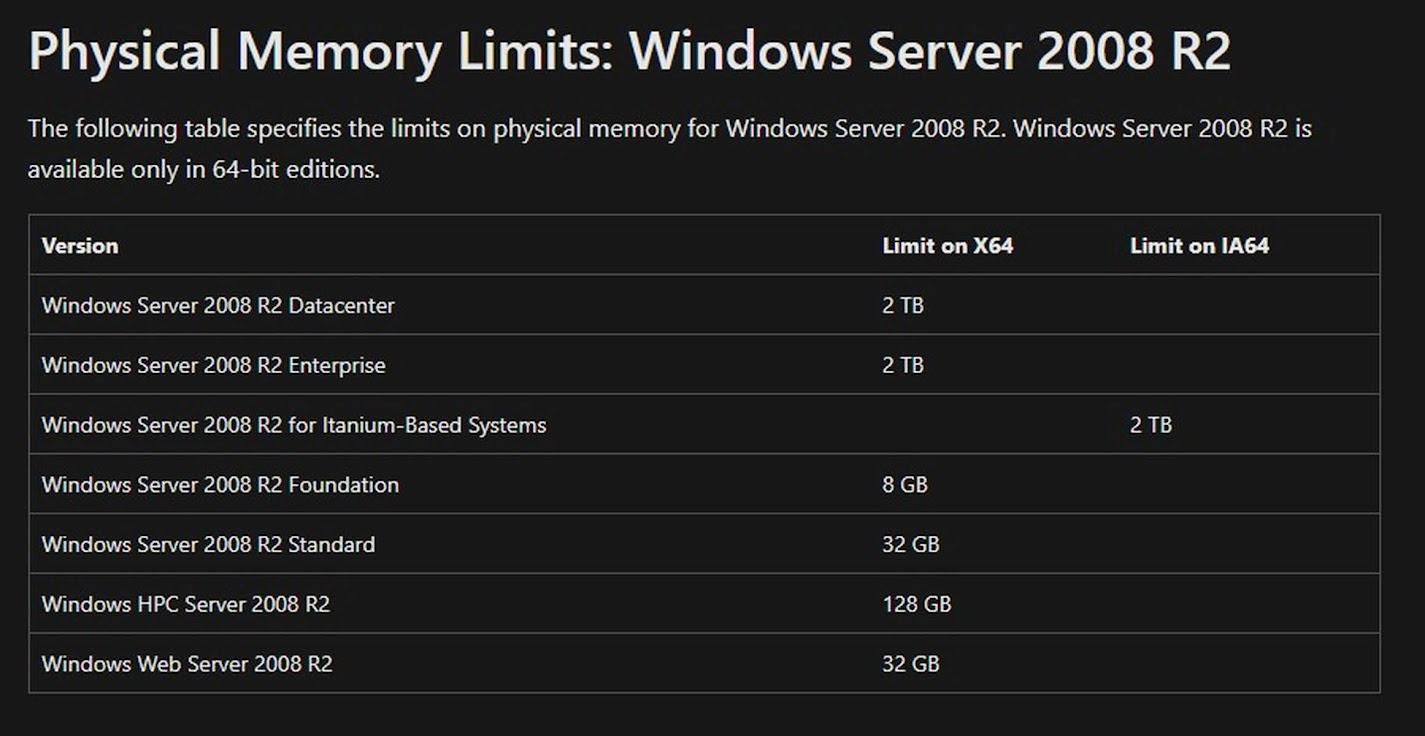 It is unlikely that you will be able to take advantage of the full 100GB of RAM available unless you are using an Enterprise or Datacenter version of Windows Server 2008 R2 (SP1) that can manage more than 32GB.