I really enjoyed using it, but have not seen it used on a project, as of late. My last web development job used Kendo UI, and I do not recall using jQuery. It was a legacy project, but does that mean no developer ever decided to use jQuery.

Yes. jQuery is still a widely used library, and it is likely to stay that way for a log time. It looks like it has taken a slight curve downward in the last year or so, but I don’t think you have to worry about it being “dead” anytime soon. Source from BuiltWith. 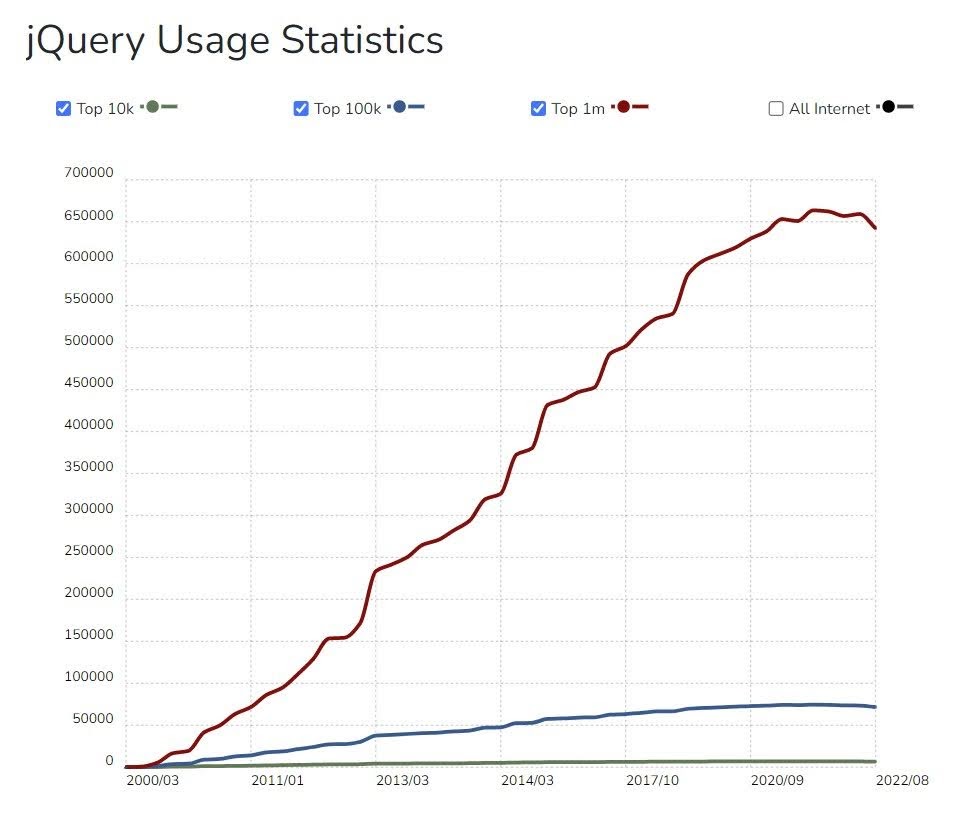 Kendo UI and Telerik extensively used jQuery. Many Web UI still use jQuery. It’s just now a low level library for most of the UI work being done today. Since you are familiar with Kendo UI, it’s still a good choice. It now supports many JavaScript client libraries such as jQuery, React, Vue, and Angular. React has become very popular in recent years.

The real question you should always ask yourself when choosing programming languages and frameworks is not really “is it popular” but “is it the right tool for my project?”