It’s well known that many SMBs lack advanced security expertise. While many have some security tools in place, those tools rarely work together, often provide minimal protection, are not fully deployed or outdated, which creates significant security gaps. MSPs are strategically positioned to help SMBs with their security needs and to take advantage of a quickly growing market.

This article examines those responses to look at both the challenges and opportunities that service providers face with respect to delivery security services to SMBs. Topics covered include: 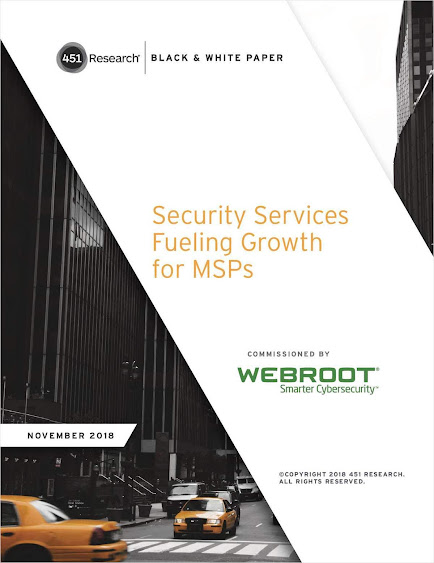 The cybersecurity risks facing SMBs have never been greater or more decisive. Despite the fact that SMBs are putting a greater emphasis on cybersecurity, they are often overconfident and ill-equipped to effectively deal with an increasingly complex cybersecurity regulatory and threat landscape. And with nearly three out of every four SMBs reporting a breach or attack in the last 24 months that resulted in operational disruption, reputational damage, significant financial losses or regulatory penalties, the demand for managed security services is at an all-time high.

With the majority of SMBs relying on managed IT service providers for their overall IT needs, MSPs are in a prime position to seize a share of the $24bn managed security services opportunity. MSPs must position themselves as their customers’ trusted advisor regarding cybersecurity concerns by moving away from simply offering low-value, isolated security services to providing a suite of comprehensive managed security services. MSPs must take the lead in educating their customers on the risks and threats facing their organizations and help them develop a cybersecurity strategy and roadmap that will address any gaps in a methodical manner.

MSPs are recognizing that deploying stand-alone, niche security offerings is placing a substantial burden on their staff that increases costs and lowers margins. These disparate products do not scale across the MSP’s entire service base and ultimately fail to provide adequate protection for their customers’ organizations. As a result, many MSPs have turned to their RMM platform provider, hoping to deliver managed security services with the same success that they have delivered managed IT services. However, they have discovered that while these platforms are excellent at providing MSPs a unified approach to managed IT services, they often fail to provide a solid platform for managing and delivering security services, falling short in many areas including threat intelligence and detection, integration, machine learning, and visibility across the entire IT ecosystem.