Machine learning framework PyTorch has disclosed that the PyTorch-nightly dependency chain was compromised in late December. Users who installed PyTorch-nightly Linux packages with pip between December 25 and 30 should uninstall those nightly builds and use the most recent nightly binaries. The dependency in question, torchtriton, was compromised on the Python Package Index (PyPI) code repository.

PyTorch detected a malicious dependency with the same name as the framework’s torchtriton library. It led to a successful chain compromise via the dependency confusion attack vector.

“Please uninstall it and torchtriton immediately, and use the latest nightly binaries (newer than Dec 30th 2022),” advises PyTorch team. 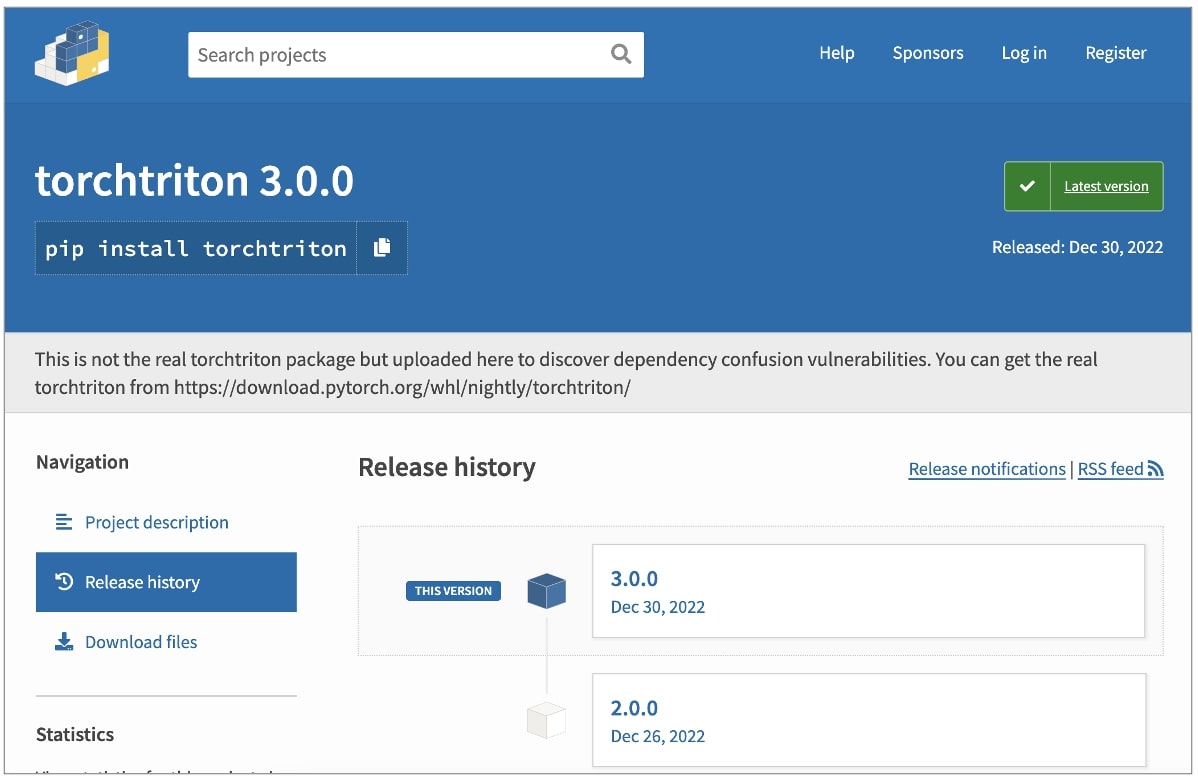 The team behind the PyTorch machine learning library said it discovered a supply chain attack that impacted its nightly builds on Linux. Between December 25, 2022, and December 30, 2022, a previously safe dependency named “torchtriton” turned malicious and installed a binary that could collect system information and read sensitive files, the team said.