Huawei has initiated a Wi-Fi 6 pilot supported by the Wireless Broadband Alliance (WBA), to carry out a series of verification tests including use cases for Virtual Reality and Augmented Reality (VR/AR), online live broadcasts and remote education at Mondragon University in Spain. Source: Huawei News > Huawei Initiates Wi-Fi 6 Pilot Project to Embrace the Future of Learning

CommScope will showcase its expanded portfolio of network convergence solutions for the first time at Futurecom 2019 in São Paulo, Brazil, showing off a range of technologies, including ARRIS and Ruckus technology. Source: CommScope Showcases New End-to-End Connectivity Portfolio for 10G Broadband, 5G Wireless, Fiber, and Smart Cities at Futurecom 2019

AT&T has ended its battle with Elliott Management, agreeing to make substantial changes to its oversight to avoid a high-stakes fight with one of the world’s most successful activist shareholders. Source: CNN Business > Big changes are coming to AT&T after shareholder battle

ARM will continue to supply Huawei Technologies after the British company’s legal team ruled that its chip technology is of UK origin and would not breach U.S. restrictions on supplying the Huawei. Source: Reuters > Britain’s ARM to continue supplying chip technology to Huawei

Nokia and Orange have launched a large-scale 5G test in Lublin, Poland, with 10 Nokia 5G base stations operating on the 3.4-3.6 GHz frequency band, in the Ponikwoda, Tatary, Wieniawa and Śródmieście districts. Source: Nokia and Orange Polska bring 5G to Lublin

The FCC voted to streamline rules and procedures to accelerate the conclusion of rebanding the 800 MHz band to support interference-free public safety communications. Source: FCC Acts to Expedite Successful Conclusion of 800 MHz Rebanding

Ericsson and Nvidia are collaborating on technologies

Mavenir announced its 5G Core platform, which includes a set of 5G core functions on a containerized cloud-native platform, provides the operators the flexibility to scale them independently; scalability and flexibility that wasn’t possible with 4G EPC. Source: Mavenir > MAVENIR DEMONSTRATES AUTOMATED DEPLOYMENT OF CLOUD-NATIVE 5G CORE AT MWC LA

Cisco is working with Telefonica to implement Cisco cloud-powered network automation solution to simplify the service provider’s operations in Spain in preparation for the 5G capacity demands and service agility to deliver always-on connectivity, by using Cisco’s Crosswork Network Automation suite to automate its network with more orchestration capabilities, cloud-based SaaS apps for routing intelligence, and enhanced security to prevent and respond to incidents. Source: Cisco News Release > Cisco Deploys Intent-Based Networking Technology into the Telefonica Network to Optimize and Simplify its Operations for a 5G World

Oppo plans to launch a dual-mode 5G smartphone with support for both standalone (SA) and non-standalone (NSA) networks using Qualcomm’s dual-mode 5G mobile platform, by the end of this year. Source: PR Newswire > OPPO to Launch Qualcomm-Powered Dual-Mode 5G Smartphone by End of 2019

SkyFive has completed the purchase of a substantial part of Nokia’s Air-to-Ground (A2G) communication assets and capabilities for aviation broadband connectivity, based on a comprehensive end-to-end solution. Source: PR Newswire > SkyFive Completes the Purchase of Nokia’s Air-to-Ground Assets to Create World’s First Specialist for Digital Broadband Networks for the Aviation Industry

Large amounts consumer of data collected by big technology companies allow them to gain a competitive edge and pose a threat to competition, according to a Federal Trade Commission official. Source: Reuters > House antitrust probe report likely by ‘first part’ of 2020

Samsung said it will release a software update as early as next week to fix a bug involving the ultrasonic fingerprint sensors in certain Galaxy devices, which let any fingerprint unlock user devices. Source: Samsung Newsroom > Statement on Fingerprint Recognition Issue

Based on the ramp-up of 5G, Ericsson beat quarterly earnings expectations on Thursday and lifted its market forecast for this year and its sales target for 2020. Source: Reuters > Ericsson earnings top forecast as 5G takes off

Complete of Amazon’s consumer business and shut down of final legacy Oracle databases.

LG Innotek developed the world’s first 5G communication module for automotive that can be applied to vehicles using Qualcomm chips to enable transmission of data between a vehicle and a cellular base station and wireless network connection. This module code named LAM – E800, combines communication chip, memory, and RF (radio frequency) circuit and mounted on the inside a vehicle or in a vehicle communication device on the roof. Source: PR Newswire > LG Innotek Unveils 5G Communication Module for Automotive 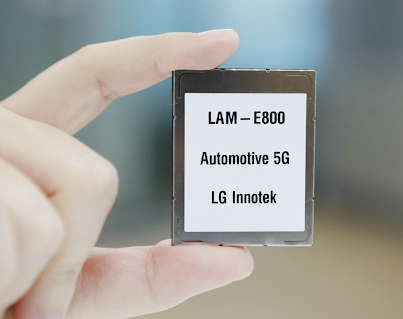 Report from Ericsson – 5G for business: a 2030 market compass report, estimates that 5G-enabled business-to-business (B2B) industry digitalization market for service providers could be valued USD 700 billion by 2030, which corresponds to 47% of the total 5G-enabled market expected to be served by ICT players. Source: Erisson News > Ericsson 5G report: industry digitalization could be a USD 700 billion market by 2030 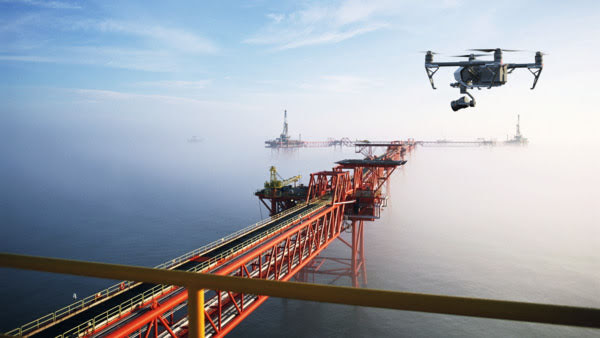 5G for business: a 2030 market compass report, estimates that the industry digitalization market could be valued USD 700 billion by 2030.

7-8th November 2019 | Hyatt Regency, Burlingame | San Francisco, USA
With 4 core business themes across Digital, Product, Mobile, Growth, and Marketing this is the must-attend meeting to deliver the ultimate customer experience across every platform:

October 22, 2019,/7:30 AM-9:30 AM/ The Road to 5G: Exploring the Business Models
Agenda: The first steps down the road to 5G took a few years, slowed down by the need to set standards and develop architectural designs. But now, finally, the pace is quickening. Major wireless carriers have begun to roll out commercial 5G networks across the globe. And their focus is expanding from technology challenges to business use cases. They’ve acknowledged that simply providing faster speeds and lower latency for smartphones is only the beginning. What will be the first “killer” app for 5G? And in terms of technology, to what extent will 5G really have the ability to replace wired broadband? And how is 5G giving carriers an opportunity to rethink the RAN?

This breakfast event will focus on the extent that 5G will have in the ability to replace wired broadband and how 5G is giving carriers an opportunity to rethink the RAN.

October 23, 2019,/7:30 AM-9:30 AM/ The Road to 5G: Urban Densification and Taking 5G Indoors
Agenda: Carriers often talk about urban densification when they explain their 5G deployment plans. They’re adding network capacity in urban areas with technologies such as massive MIMO and millimeter-wave antennas. In addition to providing better coverage for cell phones, this urban densification opens up new opportunities to get cellular inside buildings. Will carriers be able to leverage urban densification to obtain more enterprise business? And what about the challenges of these technologies: such as interference with so many radio technologies in close proximity, and zoning issues with cities and counties?

This breakfast event will discuss carriers’ ability to leverage urban densification to obtain more enterprise business. It will also discuss technology challenges, such as interference with so many radio technologies in close proximity and zoning issues with cities and counties.

Save on registration for The 2019 INCOMPAS Show. Book your hotel by Oct. 11 and be entered to win 1 of 5 Louisville prize packs.

For competitive communications professionals, there is no better way to expand your network and strengthen your existing relationships than at The INCOMPAS Show. This streamlined event is designed to facilitate meaningful exchanges that lead to business deals and pipeline building. The INCOMPAS Show is optimized to make the most of your valuable time. When you attend The INCOMPAS Show, you’ll also get access to critical networking opportunities, combined with a comprehensive, industry-relevant education program that features top-quality presenters and speakers.

November 19-20, 2019 | Omni Hotel | Dallas, TX
Event Overview: The hype for 5G has reached a fever pitch, as the marketing battle between operators is already upon us. Behind the scenes, however, the various technologies and business models that are going to drive it are far from defined. Will 5G ever be able to replace the wired broadband connection to the home? How will the 5G enterprise opportunity develop? And what types of services and applications will edge compute architectures be able to deliver? From fixed wireless to edge computing, CBRS, vRAN, 5G Transport, dynamic spectrum sharing and more, the Next Gen Wireless Networks Summit will dive into all of the key trends that are impacting the future of mobile networks. 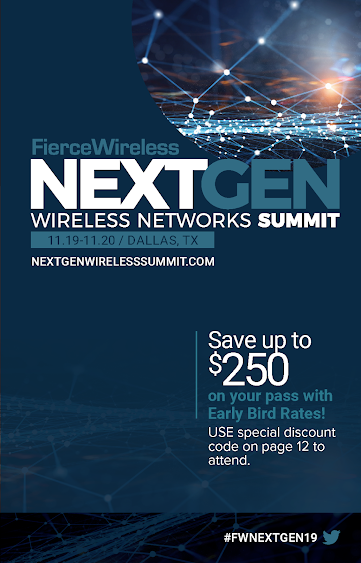 The 2019 event will dive into the key trends that are impacting the future of mobile networks including 5G in the enterprise, fixed wireless, edge computing, CBRS, vRAN, 5G Transport, dynamic spectrum sharing, and more with a star-studded lineup of speakers.

June 1-3, 2020 | Denver, CO
Overview: While there are plenty of question marks surrounding the future of the Pay TV industry, one thing is becoming more and more clear: the future of television distribution is going to revolve around streaming. That applies to video delivery itself or, at a minimum, the integration and bundling of streaming services into next-gen platforms.

Device makers, MVPDs, virtual MVPDs and content providers are all exploring ways to deliver, package and monetize this ongoing shift, which has resulted in the launch of hundreds of different streaming services in the span of just a few years. In a world with so many options, consumers are quickly becoming frustrated. Not only is it harder than ever to find the content they want to watch across so many different services and devices, but the price for these services is quickly threatening to exceed the incumbent cable bundle so many consumers sought to leave behind. Herein lies the opportunity. How can the industry come together to bundle these services and/or distribute them in a way that doesn’t compromise legacy agreements? What role will ad-supported services play? Which distributors and content providers are best positioned to win? And what products and technologies are emerging to help support these developing business models?