And it all dates back to… Microsoft Xenix.

But, did you know that the giant from Redmond also made Microsoft Word for UNIX too? They did.

Here is what Microsoft Word 5.1 running on SCO UNIX looked like: 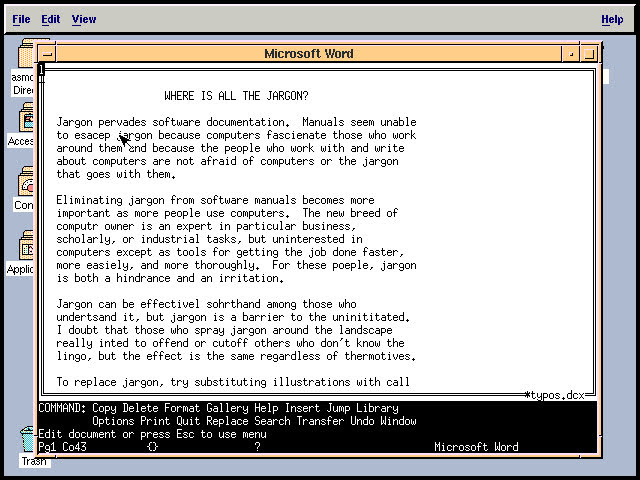 If it looks familiar to any of you who used the DOS version of MS Word… that’s because it all has the same origins.

The very, very first version of Word was actually called “Multi-Tool Word” and was released in 1983 for the Microsoft Xenix operating system (an early 1980’s version of UNIX from Microsoft). 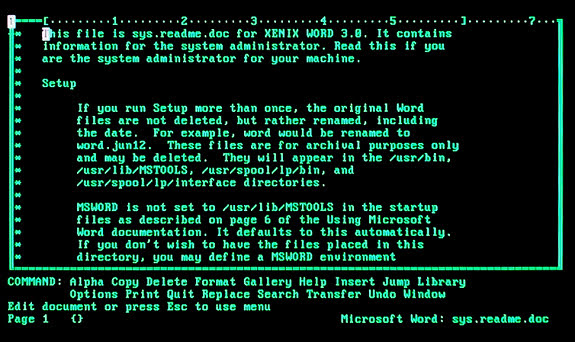 That’s right. MS Word started on a UNIX system. Not DOS. Not Windows. Not even Mac. No-sir-ee-bob. UNIX (Xenix, specifically).

The name was changed to simply “Microsoft Word” and released, very shortly thereafter for a bunch of platforms (including MS-DOS). Note how similar Word looked on the different platforms. (Xenix above, DOS below.) 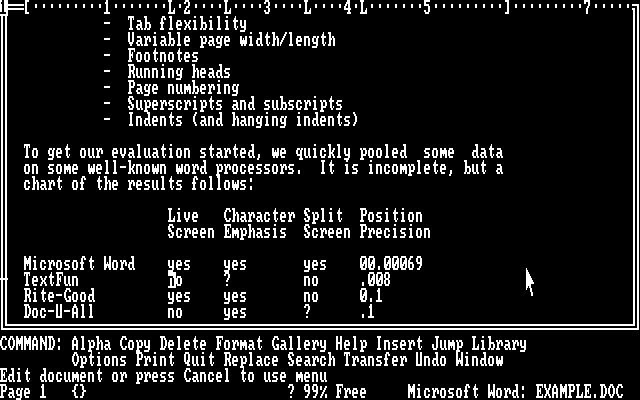 Because Xenix was a UNIX platform, this made it simple for Microsoft to “port” Word to other UNIX systems — including AT&T UNIX and SCO UNIX.

Early versions of Microsoft Word (and “Multi-Tool Word”) actually shared much the same code between platforms — it was developed in C and ran in a P-code interpreter. That P-code machine could be ported to a wide variety of platforms fairly easily.

At one point, Microsoft was planning to continue to develop and release Word for UNIX. You can find this referenced in a few text files here and there from the company:

Another fun thing to think about: Having a text mode version of Microsoft Word for UNIX means that many organizations were able to allow users to SSH / Telnet into a UNIX server… to run Word from a terminal.

Which is pretty nifty.