In 2007, Microsoft’s CEO Steve Ballmer said, “There’s no chance that the iPhone is going to get any significant market share,” 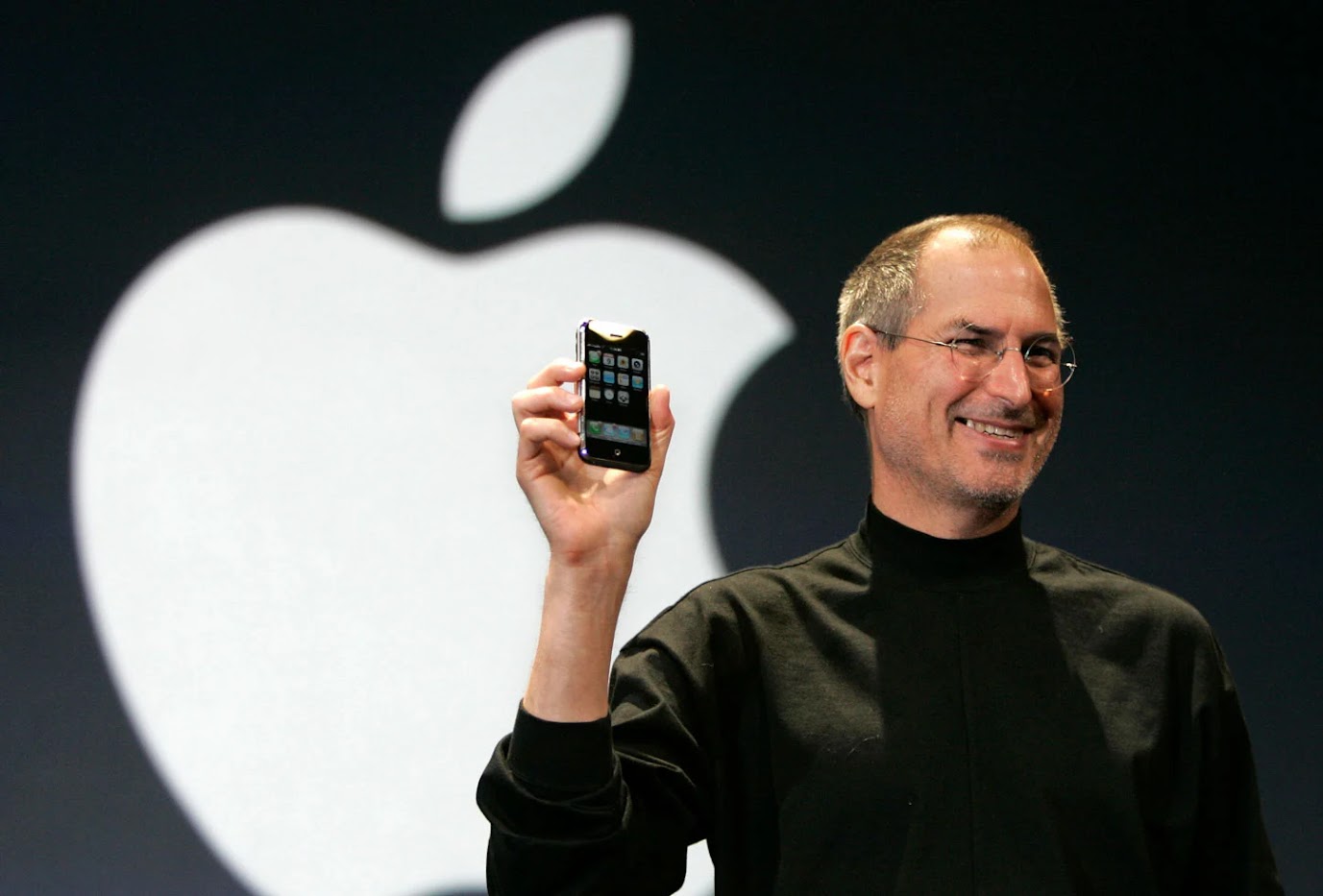 It rolled out in late June and ended up selling 1.9 million phones in 2007.

A large portion of the success came from how Steve Jobs differentiated and positioned the iPhone.

And we’re going grab a magnifying glass and run through it piece by piece.

By creating the expectation, “Three revolutionary products in this class,” Steve Jobs created the opportunity for those expectations to be shattered.

So, not only did he create the expectation, he controlled it.

And this leaves Steve in a place where he navigates the story.

Set The Stage For The “WOW” Moment

Steve Jobs created the expectation to set the stage for the “WOW” moment.

Where the audience expects three different products, and they’re wowd when he reveals it’s really one product.

Setting the stage gave him the ability to create an even bigger reaction.

So, how did Steve Jobs manufacture a WOW moment?

Steve Jobs created a “why” that aligned with his core audiences’ desires.

Apple’s why: “To reinvent the iPhone.”

Apple’s core audience’s desire: To have the best of the best.

This “why” positions the iPhone as the best of the best.

When you’re reinventing a product, you have to create a problem the audience didn’t know existed.

This creates an enemy.

Which gives you the potential to create an army.

Apple’s enemy: Any brand that creates phones with keyboards

Introduce The Solution And It’s Differentiation

By creating the problem, Steve Jobs created the desire for a solution.

And that solution organically differentiates itself from the competition.

The solution: The iPhone

The differentiation: No keyboard. Just a screen.

Successful differentiation is about perception.

Steve Jobs continued to position the keyboard and stylus as enemies to help solidify the iPhone’s difference.

Other phones: Uses keyboards or a stylus to communicate

The iPhone: Use your fingers to communicate

With any new tech comes the question: How?

By addressing the how you tackle any doubt behind the promise.

This builds confidence in the consumer.

The How: Multi-Touch Technology

Outline The Benefits Behind Your Differentiation

Not all differentiation is good.

To amplify how it benefits the customer — Steve Jobs lists it to make it concrete.

I’m excited anytime I get to go down a Steve Jobs rabbit hole.

This was no different. I re-watched his 2007 iPhone presentation and was fascinated by the first few minutes.

What I noticed was the first 3-4 minutes were everything.

Without it, the audience wouldn’t care about the remaining 76 minutes.

The takeaway here is that you can take these same principles and apply them to your ads, copy, landing pages, etc.

And treat those touchpoints as if it was a presentation — not with a crowd but with a single customer.

I hope you enjoyed this as much as I enjoyed nerding out.