Bitcoin whale clusters show $9,800 support has weakened, indicating some whales may be preparing to sell. According to data from Whalemap

The Seoul Metropolitan Police Agency summon Lee Jung-hoon, chairman of the board at Bithumb Korea and Bithumb Holdings, for interrogation over alleged fraud, according to a Sept. 18 report by South Korea’s state-run news agency Yonhap.

Core Scientific is set to become the first sole North American cooperative repair centre for Bitmain, this will reduce costs associated with shipping hardware to Asia, and curtail the time it takes to fix Bitmain’s proprietary hardware.

Paxful announced Sept. 17 that it had broken ground on a new school in Nigeria as the fourth school of 100 planned as part of #BuiltWithBitcoin initiative to bring quality education to emerging countries.

On Sept. 1 Binance finally launched its Smart Chain, a blockchain that is fully compatible with the Ethereum Virtual Machine and can thus inherit its DApps and wallets.

Last week it announced its intent to create a $100 million fund in support of the BSC ecosystem. The Smart Chain now features a Uniswap clone, as well as several projects like Cream.finance and a bunch of new food coins like Burger Swap and Bakery Swap.

Then, Crypto.com pitched in with an Ethereum-based clone of Uniswap named DeFi Swap.

Both Binance and Crypto.com’s iterations are definitely more centralized than their peers. Binance essentially controls the Smart Chain due to its BNB stake, while Crypto.com added some geographic and listing restrictions to its DEX.

Binance’s CEO Changpeng Zhao then came up with the meme-worthy term “CeDeFi,” which is shorthand for the oxymoronic Centralized Decentralized Finance. Only in crypto.

Ironically, Binance looks poised to take a significant share of the “DeFi” market. Arguably the biggest barriers to entry for non-Ethereum DeFi projects are lack of liquidity, lack of users and unfamiliar developing environments. The exchange essentially solved all those and the market may end up rewarding it, even though its solution kind of goes against the (de)central premise of DeFi.

Binance has officially announced that cryptocurrency Visa debit card is now available to everyone in Europe, offering up to 7% cashback from purchases. Get to know more at Binance Blog > Binance Visa Cards Are Now Available in Europe. Get Up to 7% Cashback. 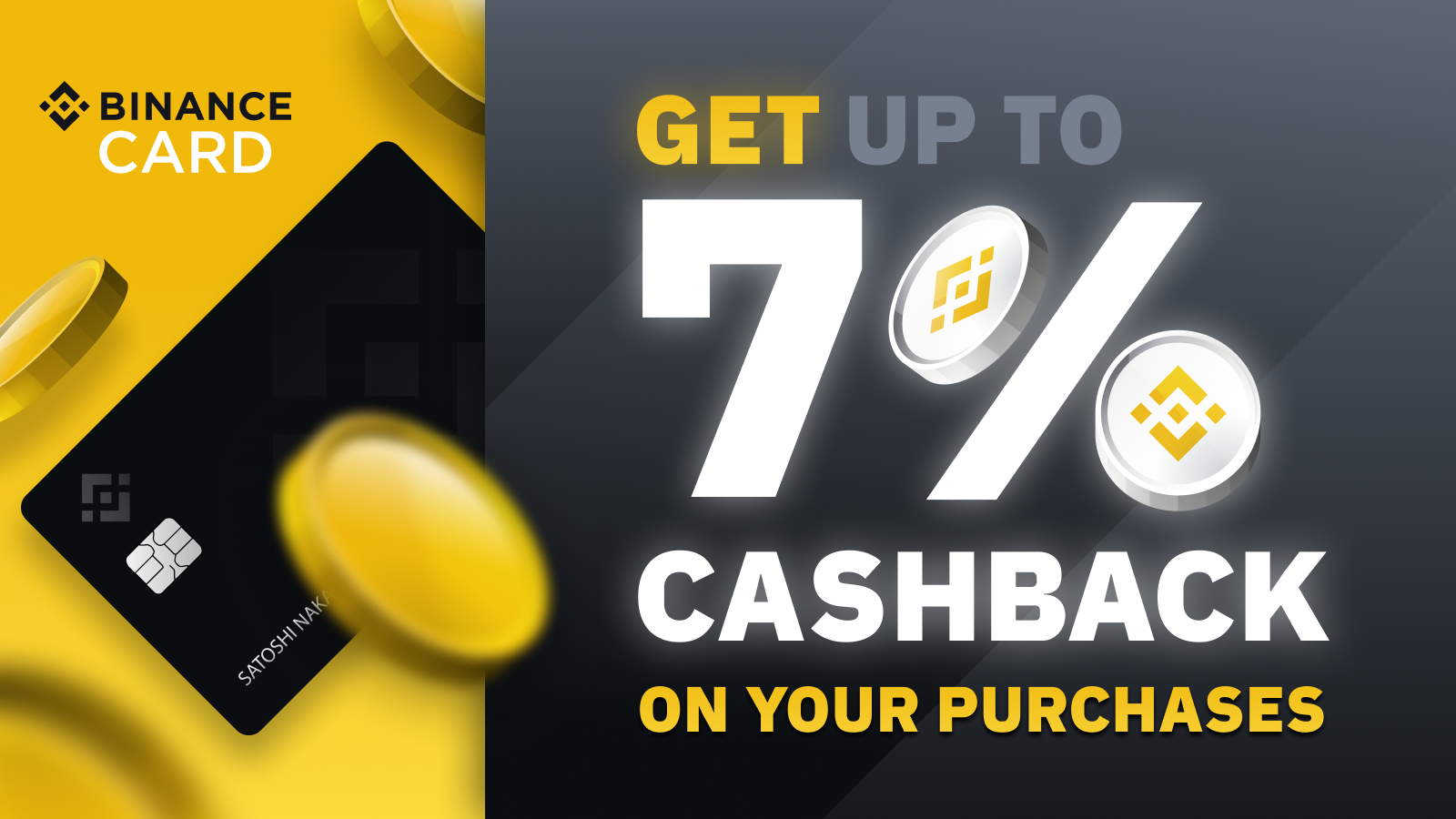 Patricia has launched a “cutting-edge debit card”, plans to usher Africa into a new digital age and deliver a compelling alternative to FIAT currencies.

This week, various governmental bodies in China were busy announcing blockchain integration in their operations. Supporters in China of decentralized finance, or “Defi,” staged a protest against centralized exchanges, while police raided cryptocurrency exchange Gate.io over the listing of the Kimchi token.

The central government launched its first “city blockchain innovation rankings” at a conference in Beijing. The program tallied up “objective data” on cities’ innovation and adoption of the technology. The capital topped the list with 99.82 points, and Shenzhen came second with 91.2 points, just above Shanghai.

The Battle of Bitmain drags on. Wu Jihan took back control of the world’s biggest cryptocurrency mining equipment maker’s Beijing arm. Wu was ousted by Zhan Ketuan in May, whom he had ousted in October. The leadership at cryptocurrency mining rig maker Bitmain has switched again with the re-ousting of co-founder Zhan Ketuan from the helm of the company’s Beijing operations, rival co-founder Wu Jihan said on Monday.

Cryptocurrency rig maker Canaan Creative announced a $10 million share buyback, following better-than-expected Q2 earnings results. The buyback has been approved by the board of directors and will take place over 12 months starting Sept. 22.

Sberbank Switzerland AG has signed an agreement with Komgo to apply its blockchain-powered trade finance service for commodity trade finance.

Another impulse of coins changing hands has completed, the next directional move over the coming weeks is likely upwards. It’s very unlikely we’ll see any kind of a catastrophic dump in price from here. pic.twitter.com/FzEanBl0zk

“If inflation expectations fall below our 2% objective, interest rates would decline in tandem. In turn, we would have less scope to cut interest rates to boost employment during an economic downturn.” — Jerome Powell

Despite staying on the border of five figures, Bitcoin is showing seriously bullish fundamentals, while troubles on macro markets could provide a further boost. At the same time, a futures gap at $9,600 remains unfilled and resistance close to $11,000 untested. Continue reading to discover the factors that could propel BTC/USD up or down in the coming week.

A watershed moment for the world as we know it? BP says that world oil demand peaked in 2019, and because of the coronavirus, a recovery is not in the cards for at least 20 years — and it may never come.

On the back of April’s extreme volatility in oil markets, the latest bad news for the black gold leaves Bitcoin untouched.

Going forward, the knock-on effect of slumping demand on oil-producing nations will compound with other macro difficulties to make Bitcoin all the more attractive as a hedge against losses.

This week will see another meeting at the Federal Reserve, with potential clues about policy implementation and even new plans being revealed.

This, if it involves more meddling in the U.S. economy, would be a boon for safe havens, analysts say.

Gold is already betting on a boost, while Bitcoin will also likely benefit from anything that weakens the U.S. dollar currency index, or DXY.

The Fed provides the backdrop to a firm realization across central banks that extreme measures to protect the economy are now the new normal.

As one banking analyst told Bloomberg this week, the scale of interventions now overshadows the 2008 financial crisis, and a U-turn seems all but impossible.

Bitcoin was born specifically to protect investors against central bank meddling, and continued concerns about how to manage global economies underscore its utility as a hedge against the consequences — inflation, inequality and the erosion of wealth.

Records in store for hash rate and difficulty

Bitcoin’s network fundamentals are set for a clean sweep to all-time highs this week.

Its hash rate topped its personal best to hit 135 exahashes per second, while difficulty will climb to its highest ever at the next readjustment in five days’ time.

Strong fundamentals reinforce the idea that miners are in it for the long term, and a common theory suggests that price follows upticks in hash rate as a matter of course.

Tether passing $15 billion in market cap provides the final bullish signal for Bitcoin. Printing USDT has historically given BTC/USD a boost, and the tally has been increasing faster and faster.

As one analyst notes this week, the impact of printing always ends in the same bullish scenario.

Crypto.com is adding Chainlink’s price feeds to its decentralized finance wallet as it begins expansion into the DeFi space.

“I would say with the partnership with Chainlink is kind of our first integration with a DeFi protocol, it brings value to our customers in terms of providing transparency in the prices that we’re giving them in our DeFi wallet and also making sure our ecosystem token CRO can be integrated into the external protocol by building a price feed for CRO specifically thanks to the Chainlink architecture.”

PlanB’s tweet on Sep. 14 highlighted increasing signs that BTC/USD is due to repeat historical gains. The original stock-to-flow (S2F) model is calling time on Bitcoin’s phase at around $10,000.

S2F version 1 update. This is the 2019 time series model on historical BTC data only (no gold, silver, diamonds, real estate data used). You see the jump in model value at the halving (white line) and corresponding drop in S2F multiple / model error (white dots). Time to go up. pic.twitter.com/qIjiXfbmCx

Brian Armstrong, the CEO of Coinbase, alleges that Apple’s exclusionary policies is stifling innovation in crypto and sidelining DeFi to protect itself from the competition. Apple App Store’s policies prohibited Coinbase from adding two specific functionalities to its iOS apps: the ability to earn money using cryptocurrency and access to decentralized finance (DeFi) apps.

In the wake of other companies struggling with Apple’s App Store restrictions, I want to share a bit about Coinbase’s own struggle here.

What is Polkadot? The flagship project of the Web3 Foundation is creating a lot of buzz in the crypto space. The protocol’s tokens (DOT) have quickly emerged into the industry’s top 10 rankings by market cap. Read more at Decrypt Media > Price Surges Push Polkadot and BNB up the Top 10 Rankings

Twitter founder Jack Dorsey continues to praises Bitcoin as the most viable internet-native currency, in an interviewed by Reuters this week.

Billionaires in Media, Leisure, & Oil Saw the Biggest Losses This Year. In a year, the combined wealth of the 400 richest Americans has grown by $240 billion. However, some entrepreneurs have faced major financial losses due to the coronavirus pandemic. Legendary investor Warren Buffett lost the most in monetary terms – $7.3 billion.

Chef Nomi has apologized and returned $14M back to the SushiSwap project’s development fund.

To everyone. I fucked up. And I am sorry.

Mr. François Villeroy de Galhau, Governor of the Bank of France has warned about the threat of “Big Tech” stablecoins, as five EU governments — Germany, France, Italy, Spain and the Netherlands — all backed the European Commission’s intent to draft regulation for asset-backed crypto assets. Read more in his speech at the Bundesbank conference on Sept. 11,

The United States Senate rejected a skinny $500 billion stimulus package proposal on Sep.10, which did not include a new round of $1,200 checks. However, this boosts the chances of a new proposal with individual checks getting approved, and could serve as a catalyst for Bitcoin (BTC).

The United States Internal Revenue Service (IRS) offers a bounty of up to $625,000 to anyone who can break Monero (XMR)’s privacy and trace transactions on Bitcoin’s (BTC) Lightning Network. According to the official proposal published last week, IRS will accept submissions in the form of working prototypes until Sept. 16. Applicants will receive an initial payment of $500,000 once accepted. Once the pilot test is completed and approved by the government, a further $125,000 grant will be awarded.

Is crypto mining moving to North America? Since 2018, there’s been talk about China losing its crypto mining lead to North America. The idea made headlines again in early 2020 after Barry Silbert put a big bet on mining in the US. Industry watchers said there are signs that the Chinese miners are going to America to escape regulations, and that Americans are jumping into the industry themselves.

Reinno launched tokenized real estate marketplace which covering $237 million worth in assets, allow investment in commercial real estate from as little as $5,000 and liquidity in the form of token-backed loans during the 12-month lockup period.