This article describes how to renew a certificate expired on FortiGate.

Sometimes it happens that the certificate is expired and admins have trouble logging into the FortiGate GUI, as some browsers do not like an expired certificate.

In order to identify the certificate that has expired, run the following command on FortiGate CLI (If the firewall has vdoms, run this command in the root vdom(management vdom): 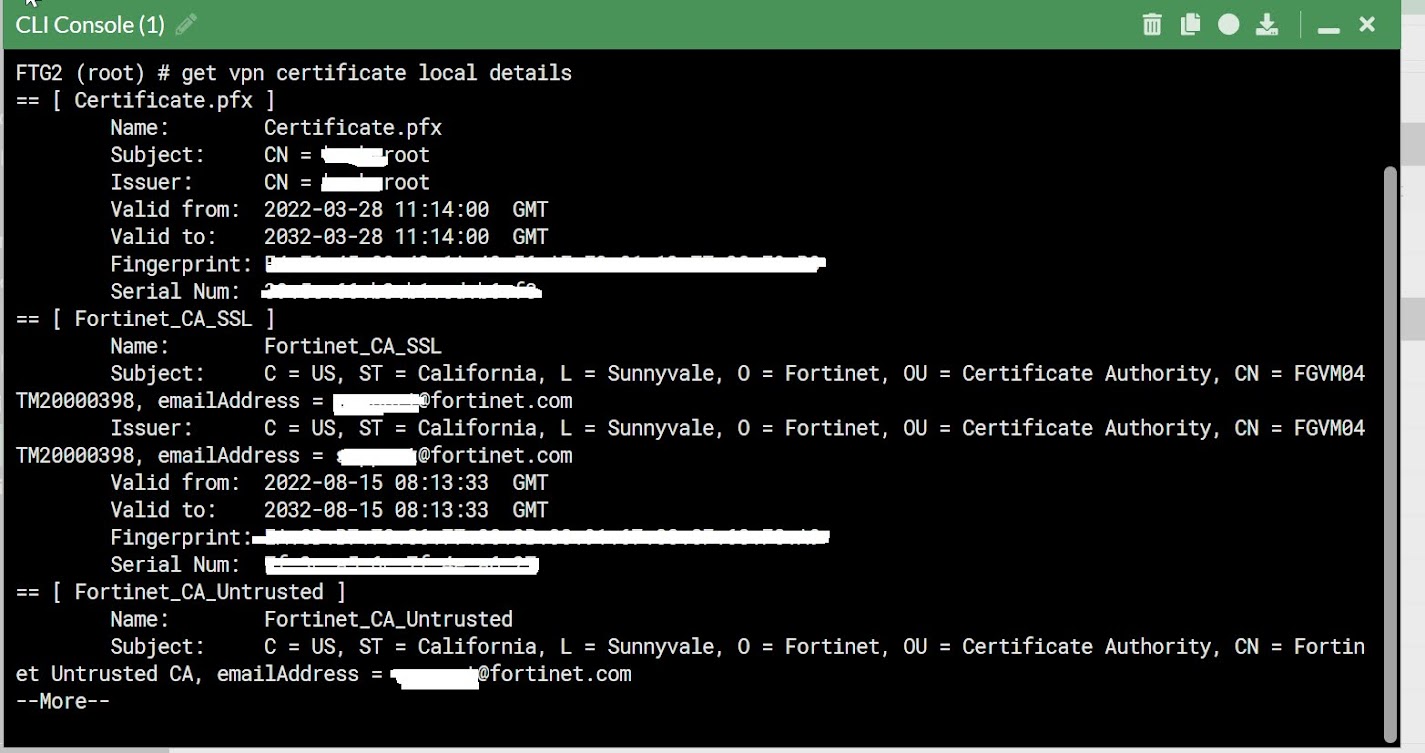 In this way, one can identify which certificate has expired based on validity time.

If the build-in certificate is expired on FortiGate, as per the example below:

In order to renew the expired built-in certificate, run the following command on FortiGate CLI:

A message will be prompted to confirm the re-generation of the default certificate.

After the confirmation, it will show the status as Valid.

The same command can also be used to renew other certificates.

Certificate imported externally do not get renewed, It has to be manually renewed.

Note: Make sure that the system time on FortiGate is the same as the time zone.