This article describes about the Bell Fibre configuration directly on the FortiGate.

Step 1: Connect the Bell transceiver or compatible transceiver that works with Bell directly into the SFP port of the FortiGate.

In this case WAN1 on a FortiGate 81F. 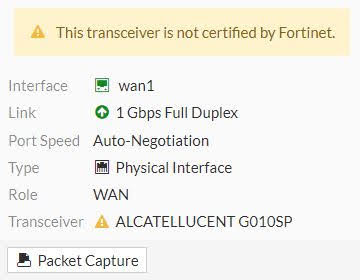 Step 2: Configure VLAN35 as a sub-interface off of WAN1 or the interface the transceiver is connected to.

In this example, it can be seen that a VLAN interface titled Bell_DataV35 is created.

This interface was configured with VLAN35 associated with it. 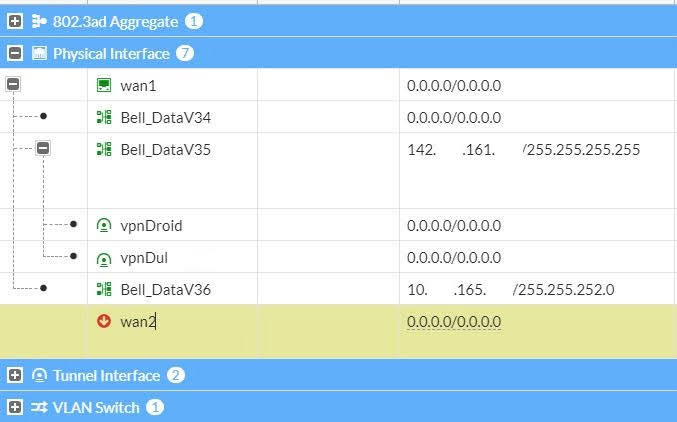 Step 3: With the B1 number and the associated password, create a PPPOE connection on the Bell_DataV35 VLAN interface.

If configured correctly, the interface will grab an IP. 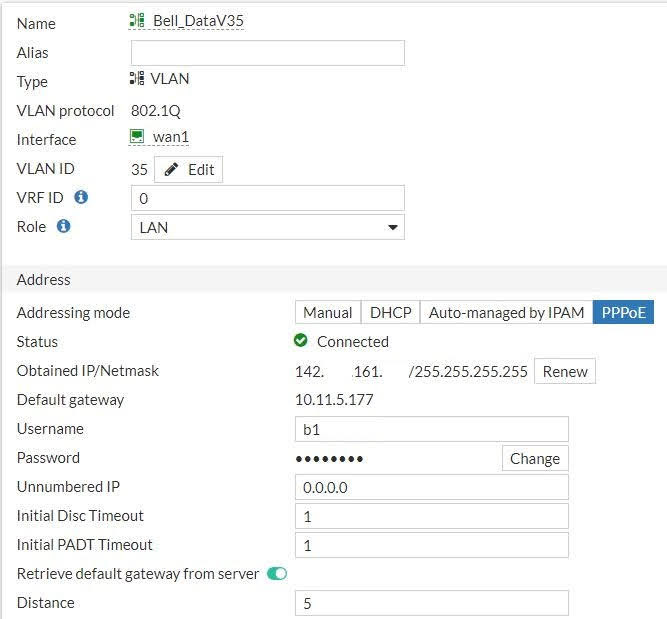 Step 4: Ensure the policies are created from internal to Bell_DataV35 interface with NAT enabled to allow outbound traffic.