This article describes how to broadcast SSID’s in a vdom other than where the FortiAP is managed from.

When multi-vdom mode is enabled in FortiGate, a FortiAP will be managed by one vdom; however, it can be used to broadcast SSID’s created in a different vdom.

By default, only SSID’s from the vdom where FortiAP is managed from will be broadcast.

In the example below, there are two SSID’s configured (RootVDOM and GuestVDOM), one for each vdom (root and Guest). FortiAP is being managed from root vdom; therefore, by default, SSID from the Guest vdom is not listed to be broadcast. 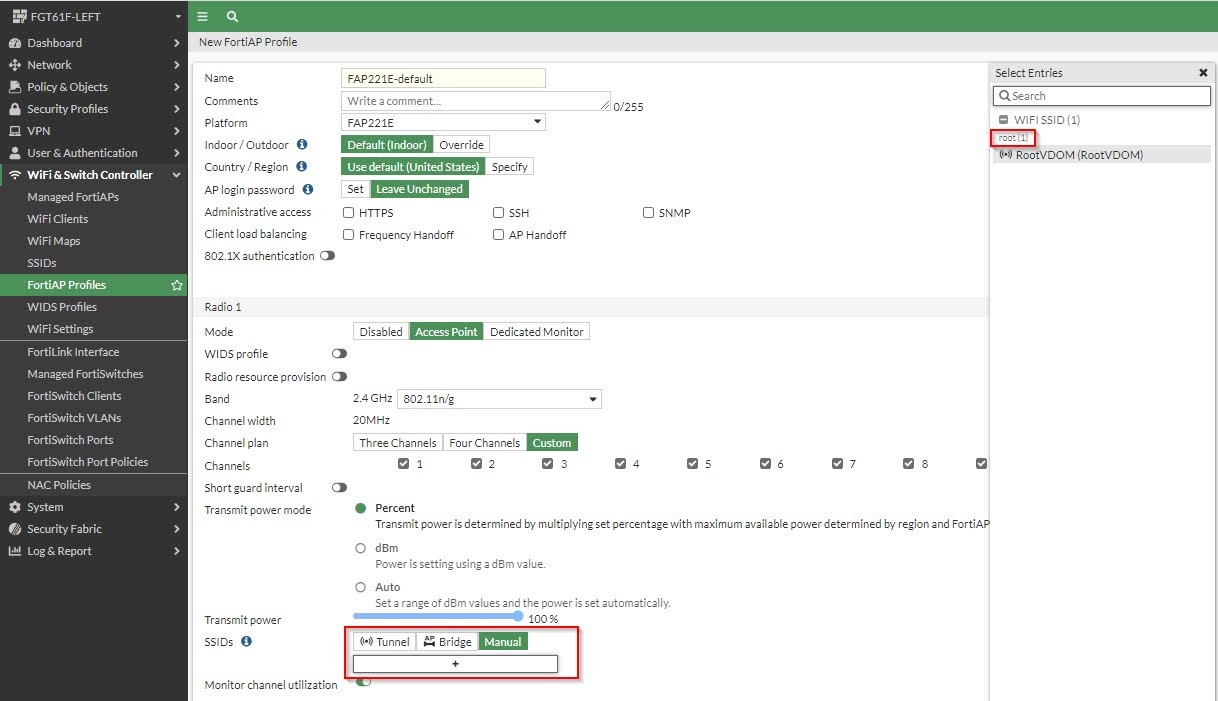 In order to broadcast an SSID from different vdom, the option below must be globally enabled:

After enabling the option above, SSID’s from different vdoms are available to be selected. 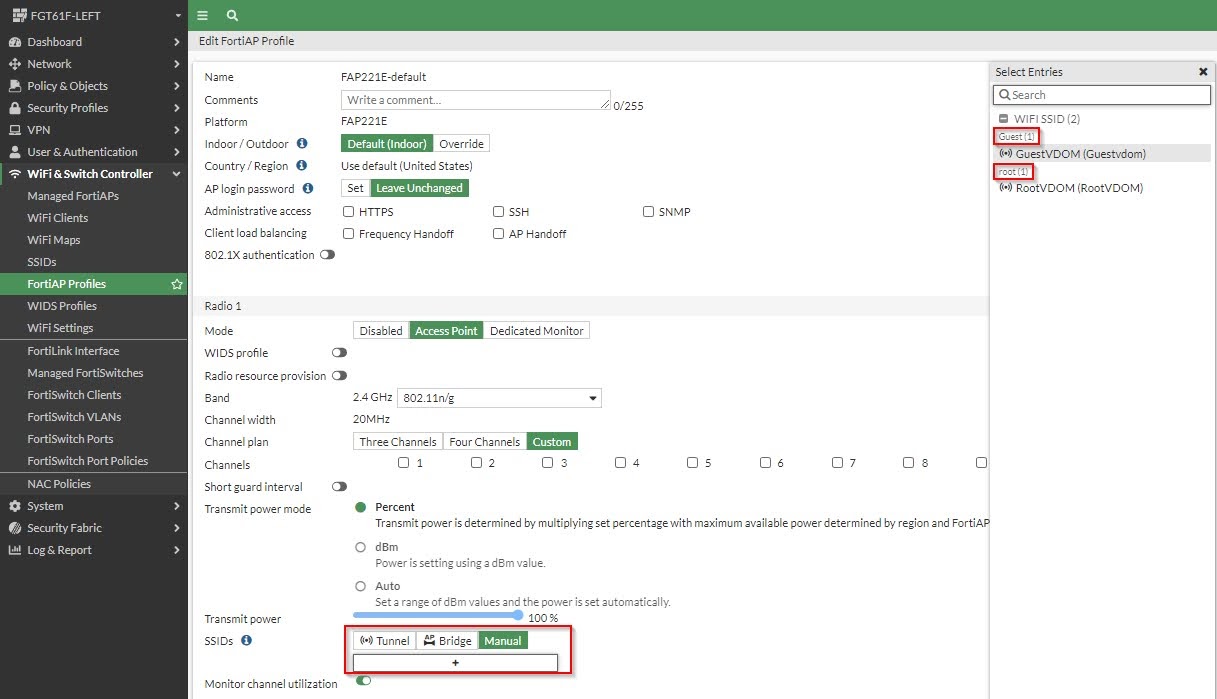 Note: SSID’s from other vdoms must be manually set to broadcast in the FortiAP profile settings as shown in the screenshots above. Options ‘Tunnel’ and ‘Bridge’ only broadcast SSID’s of the vdom FortiAP is managed from.