Robots and the AI that drives the Hollywood vision of The Terminator and more are not something new. In fact, Alan Turing the “father of AI”, was working night and day on these things in the 1950s. He created the Turing Test, which involved a judge asking questions to a human and a machine. 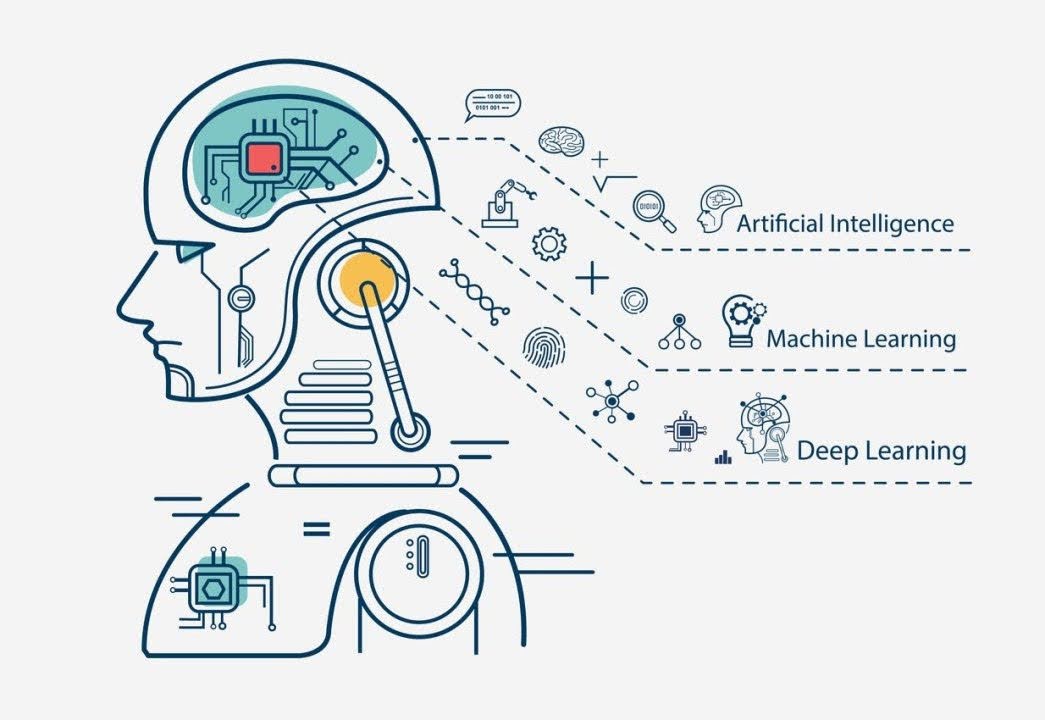 The judge then needed to decide which one was human. If the computer succeeded in fooling the judge (at least half of the time), then it was regarded as intelligent.

However, the research field is still relatively new, which is in a “constant state of flux” where scientists are constantly working on devising even better innovations.

This basically means you won’t have to concern yourself about mechanical robots trying to dominate our world just yet.

And since this field is relatively fresh, definitions of specific terms in this industry are constantly changing and fluid.

Terms like AGI and AI, for example, were defined and then later defined countless times, but we do now have a bit of a clearer understanding of the differences between these terms (and it is more than just the additional letter).

When thinking about the term AI, you might be imagining C-3PO from Star Wars, or perhaps Wall-E, the Pixar robot.

I want you to put those images out of your mind right now. As even though Hollywood may want people to imagine these robotic characters when thinking of artificial intelligence, this is not exactly accurate.

AI actually refers to machines that are able to copy or mimic human-cognitive abilities, such as learning and problem-solving. But here is the kicker: humans have to first program these machines so that they can learn from any past patterns to either solve problems or generate new information.

For example, chess-playing AI involves a human first inputting the data about every chess move. The machine then uses this information to create data-driven choices, but this is all that it would be capable of. You wouldn’t be able to get the machine to analyze data that is medical-based, for instance, since that type of information was not programmed in.

Artificial intelligence basically provides an automatic method to conduct tasks that humans are already able to perform, but rather than using the power of humans to wade through significant amounts of data, a machine can do it on your behalf at a lot faster rate, which can help you to save valuable time.

This is why owners of businesses are on a journey to start implementing AI innovations so that they can streamline lead-generation processes, payment options, and the journey of their customers. In fact, over 72% of business leaders believe that AI development will become a vital part of how successful they are in the future.

Where artificial intelligence will be pre-programmed to conduct tasks that humans can already do, but faster and more efficiently, AGI (artificial general intelligence) expects the machines to be smart like humans.

This is the type of AI you have seen in some blockbuster movies.

Basically, the AGI machines are as intelligent when compared to humans in all ways and they can carry out intellectual tasks in a similar way or even better to humans.

Steve Wozniak, the co-founder of Apple, created a task known as the Coffee Test which is used to help determine if machines are AGI. The test involves a robot entering a home and preparing coffee without pre-programmed help.

The robot would first need to find the items or ingredients to make the coffee, work out how they are going to use these items, and then carry out this task as a human would. Machines that are able to complete this task are regarded as fine examples of AGI.

So where AI machines require pre-programmed data so that they can perform specific tasks driven by this data, AGI can carry out a task like a human.

For example, you can take a non-programmed, untrained AGI machine and then teach the machine to do just about anything, whether this involves solving crimes, being a doctor, or playing chess. And this could all become possible without the need to program in the information needed to perform these tasks.

Is there a future for “robot servants” coming soon?

Maybe we will experience cities with AGI shop attendants, concierges, or food servers, in the near future.

Dr. Hiroshi Yamakawa, a leading AGI researcher in Japan, appears to think this will become our reality. He states that he thinks there are possibilities that this could happen soon. But from the estimated average regarding all the people involved, they came to the year 2030.

According to these predictions, we have only a decade before the dystopian robot-Armageddon movies may turn into something slightly more than our active imaginations.

Until the AGI and AI will undoubtedly carry on evolving, progress, and change in ways we cannot comprehend as just mere humans.