Human-robot relationships are just entering the “first date” stage. We are already seeing individuals in Japan preferring avatar girlfriends to the real thing, so how long before people start having sex with robots or legal marriages with robots. 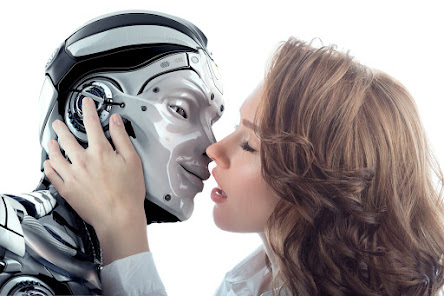 By scanning brain activity it’s already possible to decode what someone is watching. By 2050 it might be possible to actively monitor or download dreams, which makes one wonder whether it might one day also be possible to upload false memories.

A child conceived in space seems fairly certain. Would anyone on a long-distance mission go the whole way and chance having a child born in space?

Space tourism has taken off (sort of) and we are promised low-cost moon tourism. The next logical step would surely be a moon hotel (probably 3D printed from lonar dust).

200 years ago or thereabouts – the average lifespan in developed regions was about 40-45. Today it’s around 75-80, so why wouldn’t it hit 150? (unless of course, poor diet and sedentary lifestyles reverse the trend).

If bees and other pollinators disappear would we invent robotic alternatives? An even more likely outcome might be insect-sized surveillance drones.

We had cloned mammals as far back as 1996, so someone, somewhere, will be curious enough to try with people.

No, not spray on skinny jeans (they have already been invented) but skin that’s made on a 3D printer or sprayed out of an aerosol.

Tattoos are so 2014. How about programmable LED tattoos or even animated tattoos? Check out Ray Bradburry’s 1951 sci-fi classic – The Illustrated Man for a bit of inky inspiration.

Think Google Glass, but in with a contact lens.