Today’s approach to AppSec often requires teams to provide the security functions late in the SDLC. This creates a backlog of vulnerabilities that need to be fixed before they’re released into production. 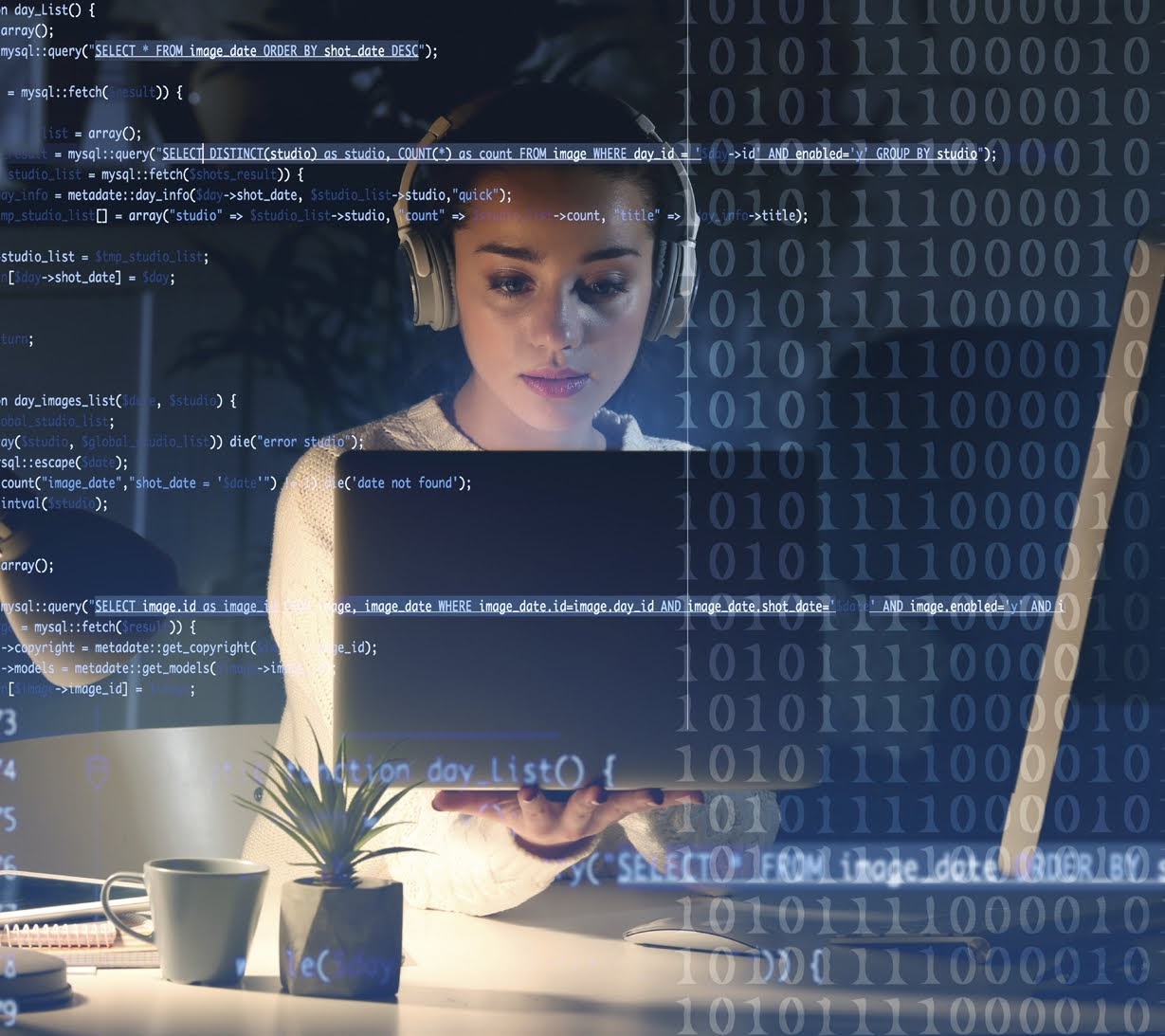 Read this article to learn how to secure code quickly, run the right tests at the right time, and cut through the noise to focus on what matters most.

Executive Summary
The Status Quo: Velocity over Security
The New Generation of AppSec: Achieving Security Velocity
Empower Your Developers to Secure Code as Fast as They Write It
Run the Right Test at the Right Time
Cut Through the Noise of Findings and Focus on What Matters Most
The Key to AppSec Efficiency: Application Security Orchestration and Correlation
Conclusion

DevOps has changed the way organizations bring software to market, allowing them to deliver new applications and features rapidly and continuously. But it’s also introduced new security challenges as testing and remediation have failed to keep pace. As a result, cybercriminals have developed new attack strategies that intensify their focus on the application layer, including open source and software supply chains, capitalizing on the “velocity over security” ethos of modern software development.

A new approach to software development is needed. One that addresses business risk without impeding business progress. One that removes the false choice between speed and security—and makes the promise of DevSecOps a reality.

This article details three ways of achieving security with speed.

Organizations that can succeed in these areas will turn software security from a productivity inhibitor into a business enabler and competitive differentiator.

Today’s approach to application security relies on resource-intensive testing, triage, and vulnerability remediation performed late in the software development life cycle. This results in a backlog of vulnerabilities that often overwhelm development and security teams’ ability to fix them before they’re released into production.

This article details three facets of this new approach.

The Status Quo: Velocity over Security

As organizations adopt DevOps, the speed and complexity of software development has increased. In response, security and development teams are working in tandem to streamline testing by integrating application security testing (AST) tools into DevOps workflows. But integrating security introduces several hurdles that offset the time-savings of DevOps—hurdles such as wading through numerous or redundant findings, extraneous testing, and an inability to triage or understand how to remediate known vulnerabilities. These challenges have caused many DevOps initiatives to stall or fail, leaving applications less than fully tested—and less than fully secure.

Today applications are an attractive vector for cybercriminals to target, making software risk a business risk that extends all the way to a company’s bottom line. Many web, mobile, and microservice applications reside beyond the firewall, but they still provide access to sensitive data and other systems inside the protected network. Cybercriminals have learned it’s often easier to target vulnerable applications than an organization’s network infrastructure. Indeed, nearly 50% of all data breaches over the last several years have exploited application vulnerabilities.

These breaches are also increasingly expensive. The average financial impact of a data breach rose from $3.86 million in 2020 to $4.24 million in 2021—the highest average in the 17-year history of the IBM “Cost of a Data Breach Report 2021.”

These statistics make the findings of a recent study by Enterprise Strategy Group (ESG) all the more alarming: 79% of organizations admitted to pushing application changes into production with known vulnerabilities. When asked why, 54% said the need to meet critical deadlines forced teams to prioritize releasing vulnerable code instead of fixing it. This, despite 70% of the same organizations utilizing 11 or more AST tools at any given time.

Clearly, the legacy approach to application security (AppSec), which “tacks on” testing, triage, and remediation to DevOps, is not keeping pace with modern software development or the threats presented by today’s cybercriminals.

A new approach to AppSec is needed—one that addresses business risk without impeding business progress, removes the false choice between speed and security, and makes the promise of DevSecOps a reality.

To build security into DevOps and achieve true DevSecOps, organizations need to manage AppSec workflows without hindering speed and flexibility. This requires integrating AppSec at every stage of the software development life cycle (SDLC) and giving security and development teams a global view of software risk, critical vulnerabilities, and workflow management across tools, personas, and operations. Doing so would enable intelligent, context-aware application security risk management.

But how do you get there?

As software development processes and tools become more modular, integrated, and automated, so too must the tools and processes used to secure software. This is especially true for the security tools that are “shifting left” in the SDLC and reaching the developer’s desktop.

But DevSecOps isn’t simply about integrating and automating AST tools. It’s about intelligently running the right tests at the right time and giving teams the ability to focus on the issues that matter most to their business. Organizations that succeed in these areas will turn software security initiatives from a productivity inhibitor into a business enabler and competitive advantage.

The lowest-cost vulnerability to remediate is the one that never makes it into the codebase. Giving developers tools that allow them to fix issues before they commit their code to the build pipeline reduces strain on downstream testing.

But most developers are not security experts. And unfortunately, tools that are optimized for security teams are often too complex and disruptive to be embraced by developers. To make matters worse, security tools often require developers to leave their integrated development environments (IDEs) to analyze issues and determine appropriate fixes. But constantly switching tools and contexts is a productivity killer.

The solution: Fast, lightweight AppSec analysis in the IDE

Developers need an IDE-based AppSec solution that helps them find and fix security issues on the fly, while they code, without switching tools or interrupting their workflows. The solution should combine integrated static application security testing (SAST) and integrated software composition analysis (SCA) to provide real-time alerts and visibility into security weaknesses in proprietary code and known vulnerabilities in open-source dependencies.

Code Sight’s integrated SAST automatically scans and analyzes source code and IaC files as developers work. It highlights detected issues in the editor window for easy identification. Hovering over a highlighted line of code displays issue descriptions and remediation guidance, allowing developers to fix many vulnerabilities with a single click.

Remediation guidance helps developers select the next available vulnerability-free or lower-risk version of the component.

Code Sight is unique in that it embeds market-leading open source and code analysis technology, optimized for the speed requirements of developers, directly within the tools they are already using. It proactively improves an organization’s security posture while saving time and money.

Although many tools offer direct integration with DevOps pipelines, teams often struggle with the complexity and time lags this automation introduces. Automating full scans with every build can clog pipelines and overwhelm developers with findings “noise.”

The challenges of integrating and automating AST tools include

Smaller, purpose-built tests that can be run intelligently—at the right time, to the right depth, and on the right application—relieve congestion and keep DevOps pipelines running smoothly. To do this, organizations need an application security testing orchestration (ASTO) solution to stitch together disparate tools and processes and coordinate their execution automatically.

Per Gartner, “ASTO solutions aid security, development, and operations teams in coordinating the many security tests that should be performed on code. As such, these solutions can be a significant enabler in implementing DevSecOps initiatives, and they promise substantial benefits in terms of more consistent testing and smoother operations.”

In practice, ASTO solutions automatically run the right security tools or trigger manual testing activities based on the significance of code changes, total risk score, and your organization’s security policies.

With Intelligent Orchestration, you gain the option of running your ASTO solution directly in the build/release pipeline; in a separate, isolated pipeline; or through a separate execution environment. The isolated pipeline runs parallel to existing pipelines and integrates into them via APIs (see Figure 1 below). You also get the added benefit of integrating with third-party tools, whether on premises or in the cloud.

Intelligent Orchestration also allows organizations to set policies-as-code, defining the rules for which tests to run and when, and to enact the policies programmatically via API. For example, you can set risk scores based on criteria such as whether an application is internetfacing, business-critical, contains restricted data, includes critical open vulnerabilities, or has had significant code changes. You can customize the score ranges and types of tools to run based on predetermined policies, compliance, and governance requirements.

With most organizations running 11 or more AST tools, and with each scan of each tool producing hundreds or even thousands of findings, it’s easy to see how results can get too unwieldy to manage and triage. Even if you’re using an ASTO solution to limit the frontend load, you will likely struggle to rationalize the disparate findings from different tests, aggregate them into a single source of truth, and prioritize them based on your organization’s risk posture and policies.

Three main issues prevent teams and their executives from answering these questions.

The inability to pinpoint vulnerable software, centralize and prioritize critical findings, and track the progress of remediation efforts has led many organizations to implement an application vulnerability correlation (AVC) solution.

AVC tools provide workflow and process management capabilities that help streamline vulnerability remediation in the SDLC by normalizing AST results to a common nomenclature. They also correlate findings from myriad security testing tools and data sources in a central repository, filter our duplicate results, and assess the exploitability and severity of a vulnerability, making remediation and prioritization of security activities more effective. AVC tools optimize the triage process and reduce friction between security and development teams by automating the process flow between people, processes, and technology.

Code Dx integrates all your AST results into a centralized location and automates the most time-intensive tasks to speed up testing and remediation (see Figure 3 below).

The benefits of an ASOC approach

Code Dx fits seamlessly into the CI/CD pipeline, consolidating all your AppSec activities into a single place. Because Code Dx has two-way integrations with issue-trackers like Jira, your development team never has to interact directly with any application analyzers.

The Key to AppSec Efficiency: Application Security Orchestration and Correlation

Clearly, the rate and complexity of today’s software development requires automation. This includes running the right security tools at the right time as well as managing and triaging the results. The growing adoption of security automation led Gartner to define a new category of solutions that merged ASTO and AVC into one: application security orchestration and correlation (ASOC).

ASOC solutions like Intelligent Orchestration and Code Dx provide the automation needed to scale security testing and identify and conduct the most impactful security activities. This enables stakeholders across security and development to keep up with DevOps pipelines, while still allowing granular control over each step of the process.

As you look to accelerate software development, these three pillars will help mitigate software risk and keep your internal operations resilient. Synopsys offers a layered approach to security and development teams to accomplish this. Code Sight provides developers with a quick analysis of source code and remediation guidance to implement security on the ground level. Intelligent Orchestration and Code Dx comprise a complete ASOC solution that enables organizations to gain an AppSec system of record, coordinate testing intelligently, and gauge their most impactful security activities based on risk.