Whoops, something went wrong…
Netflix Video Player Unavailable
We’re having trouble playing Netflix on your browser. Please make sure you are on an official version of Firefox. 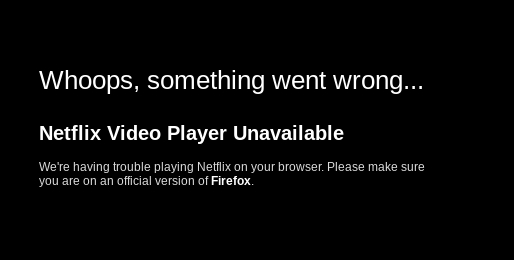 Ensure you are using supported browser as below in order for Netflix to stream successfully: