I have an HP HPE ProLiant ML110 Gen10 server running Windows Server 2012R2. I have several virtual machines. I noticed that most virtual machines were shut down and could not be started because the hypervisor is not running. 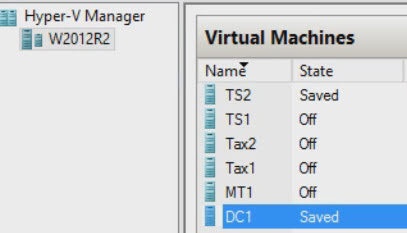 The detailed error message is as below:

Virtual Machine Connection
The application encountered an error while attempting to change the state of ‘TS1’.
‘TS1’ failed to start.
Virtual machine ‘TS1’ could not be started because the hypervisor is not running. 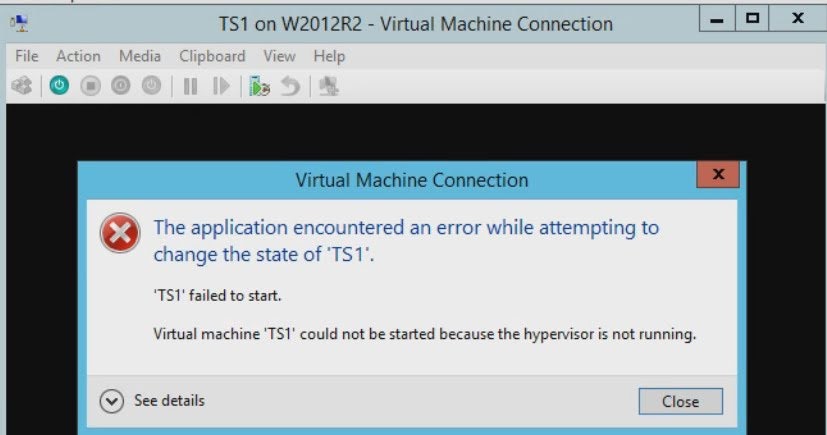 I have restarted the Hyper-V server already and make sure the Hyper-V Virtual Machine Management service is started and running. 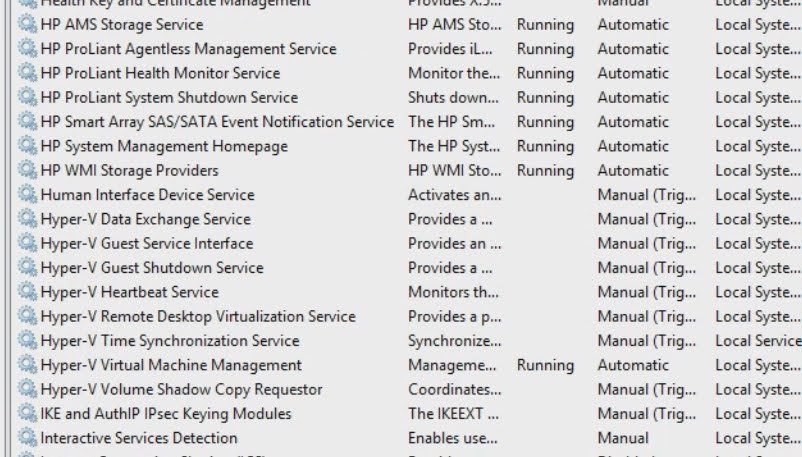 There have been issues with New Year Drunken Patches and January updates which caused a number of problem including Hyper-V. There were Out-of-band (OOB) update for Windows 8.1 and Windows Server 2012 R2 recently released to address these issues.

Step 3: Restart the server after Windows Update installs completed. All VMs started automatically without an error.