The Xbox Series X and Xbox Series S let you access the next generation of games. Both consoles feature ultra-fast storage, a slick interface, and fine-tuned controllers. Even if you’re familiar with previous Xbox consoles, there’s a lot to digest with these new systems. 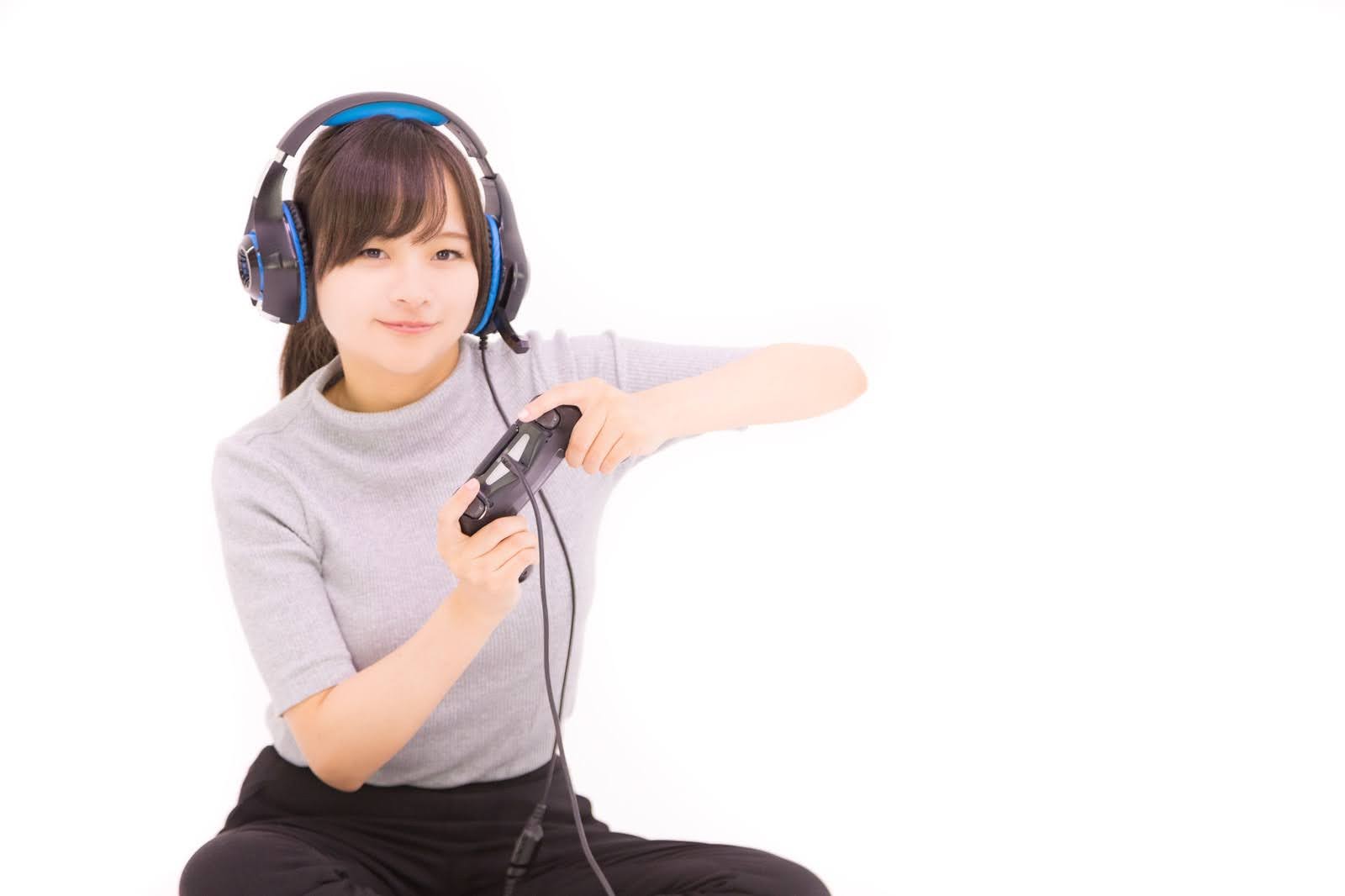 We’re here to help you out with a mega-list of tips and tricks for the Xbox Series X and Series S. We’ll explain key features, help you understand the console differences, and much more—all available in this free downloadable cheat sheet.

Choosing Between the Series X and Series S

1. For the extra $200, the major advantages the Series X has over the Series S are a 4K Blu-ray drive, higherquality video output, and more storage (1TB vs 512GB).

2. The Xbox Series S lacks a disc drive, so you can’t enjoy disc-based games from past Xbox generations or watch physical movies. You’re limited to digital games, which you can’t rent or borrow from friends.

3. If you only get one console this generation, the Series X is worth the extra cost. The less-powerful Series S makes a good companion to a PS5.

5. Consider the Xbox All Access program, which lets you pay for your Xbox console and Game Pass Ultimate over 24 months with no interest.

6. Both models feature the same ports on the backside: the power socket, one HDMI output, two USB-A ports, an Ethernet port, and a storage expansion slot for the proprietary Xbox external drive.

7. On the front of each console, you’ll find the controller pairing button and an additional USB port. Use these USB ports to connect accessories, or charge controllers and accessories.

8. The official Seagate Storage Expansion Card allows you to add more speedy storage to your Xbox Series X or Series S. You can also connect an external USB drive to your Xbox.

9. However, only Xbox One, Xbox 360, and original Xbox games can run from USB drives. Xbox Series X|S games can be stored on external drives, but only run from the internal or expanded SSD storage.

10. You can use either console in a horizontal or vertical position. For the Series S, horizontal is recommended; its thin size makes it susceptible to toppling when stood vertically.

11. The Xbox Series S is one of the smallest modern consoles, so you should have no trouble fitting it into your entertainment center setup.

12. Neither the Series X nor the Series S supports Kinect, so you can’t use the accessory at all. This means games that rely on Kinect don’t work on the Series X|S.

13. The controller for the Xbox Series X|S is nearly identical to the Xbox One controller. The main differences are a redesigned D-pad, a new Share button, a USB-C port instead of micro-USB, and better grip texture.

14. Xbox One and Xbox Series X|S controllers are fully compatible with each system. You can pair older Xbox One controllers with your new console and vice-versa.

16. Xbox allows you to fully remap all the buttons on your controller to suit your needs. Head to Settings > Devices & connections > Accessories > Configure to tweak them globally.

17. Press the Share button on your controller (below the Xbox button) to capture a screenshot of your gameplay. Hold it to save a video clip of what just happened, and double-press it to see your recent captures.

19. Press the Xbox button on your controller to open the guide, which is a handy menu full of useful functions and shortcuts. Its tabs let you create and manage a party, open Settings, check messages, and more.

20. The dashboard shows recently used games and apps. Select My games & apps to see everything you own, and visit the Microsoft Store to browse and purchase new digital games.

21. To add another profile to your console, open the guide, move to the Profile & system tab, and choose Add or switch.

22. Your Xbox should update automatically, but you can go to Settings > System > Updates to check for and apply updates manually.

23. Press Y while on the dashboard to open the search function. This makes it easy to find games you own, titles in Game Pass, options in Settings, and more.

25. To change your system’s power consumption, visit Settings > General > Power mode & startup. The options under Power mode are Instant-on or Energy-saving, and are important to double-check.

26. Instant-on uses more power, but lets your Xbox start up near-instantly and can download updates in the background. Energy-saving requires your system to boot up fully each time.

27. Visit Settings > System > Storage devices to see what’s taking up space on your Xbox. You can delete content or transfer it to external storage here.

28. There are plenty of ways to personalize your Xbox, such as changing the wallpaper or organization of the dashboard.

30. At this time, many Xbox games work with both Xbox One and Xbox Series X|S. The packaging (physical games) or Store listing (digital games) will show a Series X|S logo on games optimized for the new consoles.

31. Thanks to Smart Delivery, you automatically get the “best version” of all Xbox games you own. So if you own an Xbox One game that gets an enhanced Series X|S version, the better one will load onto your console automatically.

32. The Xbox Series X and Series S are backward-compatible with most Xbox One games, and can play many Xbox 360 and original Xbox games. See the Xbox Backward Compatibility page for details on specific titles.

33. To play physical games with backward compatibility, insert the disc (Series X only). For digital games, you’ll find them in the My games & apps library.

34. When you buy a game marked as Xbox Play Anywhere, you can enjoy it on both your Xbox and Windows PC through the Windows Store. Your progress syncs across devices.

35. Neither Xbox console offers a pack-in game, though you may have received a code for a free trial of Xbox Game Pass in the box.

36. Xbox Game Pass is one of the best features of Xbox. For a monthly fee, you get access to hundreds of highquality games. Simply open Game Pass from the dashboard, then choose what you want to play and download them.

37. Game Pass Ultimate includes access to Game Pass on both Xbox and PC, as well as Xbox Live Gold, EA Play, and game streaming from the Xbox cloud.

38. Game Pass includes any game published by Xbox Game Studios on the day it releases.

39. An Xbox Live Gold subscription is required for online multiplayer in paid games. Free-to-play online games like Rocket League and Apex Legends do not require Gold. You don’t need Gold for party chat, either.

40. Another benefit is Games With Gold’s “free” games each month. Xbox 360 games are yours to keep, but you’ll lose access to Xbox One and Series X|S titles if your subscription ends.

41. Xbox Live Gold provides discounts on digital games and content in the Microsoft Store. If you get a deal on your subscription, it could end up paying for itself over time.

The Xbox App and Remote Play

42. Installing the Xbox app for Android, iPhone, or Windows lets you message your friends, get notifications about invites, share your captures, and even stream your games from your console to your phone.

43. You can browse the Microsoft Store on the web to buy Xbox games, then download them to your console so they’re ready when you get home.

44. See the Xbox Remote Play page for details on streaming your Xbox games to your phone. With Game Pass Ultimate, you can stream select Xbox games from the cloud, even if you don’t own them.

46. We recommend using XB Deals, an unofficial site that makes it easy to track your wishlist of games and get notifications when they go on sale.

47. Quick Resume allows you to freeze a game and come right back to where you left off. You can leave up to three Xbox Series X|S games suspended at a time.

48. To use Quick Resume, simply start another game while you have one open. When you go back to the original game, it will start up near-instantly where you suspended it.

49. Head to My games & apps > Groups > Quick Resume to see which games are currently saved in Quick Resume.

50. By going to Settings > Devices & connections > Digital assistants, you can control your Xbox by voice using Google Assistant or Alexa.

51. If system notifications bother you, configure them at Settings > Preferences > Notifications to only show what you want to see. You can also adjust their timing and position.

52. To link your Xbox with other social accounts, open Settings > Account > Linked social accounts. This lets you share your captures to more locations, show your status on platforms like Discord, and more.

53. Your Xbox includes options to help you get the best picture quality out of your new console. Visit Settings > General > TV & display options to change settings. Try Calibrate TV for help with fine-tuning.

54. It’s possible to gameshare on Xbox Series X|S. This lets you and a trusted friend access each other’s games to cut down on costs.

55. Visit Settings > General > Online safety & family to change what other users can see about you, or restrict console features for children.