Twitter has unsuspended more than 12,000 accounts this past week, and the vast majority are linked to QAnon, the far-right, and old Russian bot farms. Read more: Hug-a-Mole 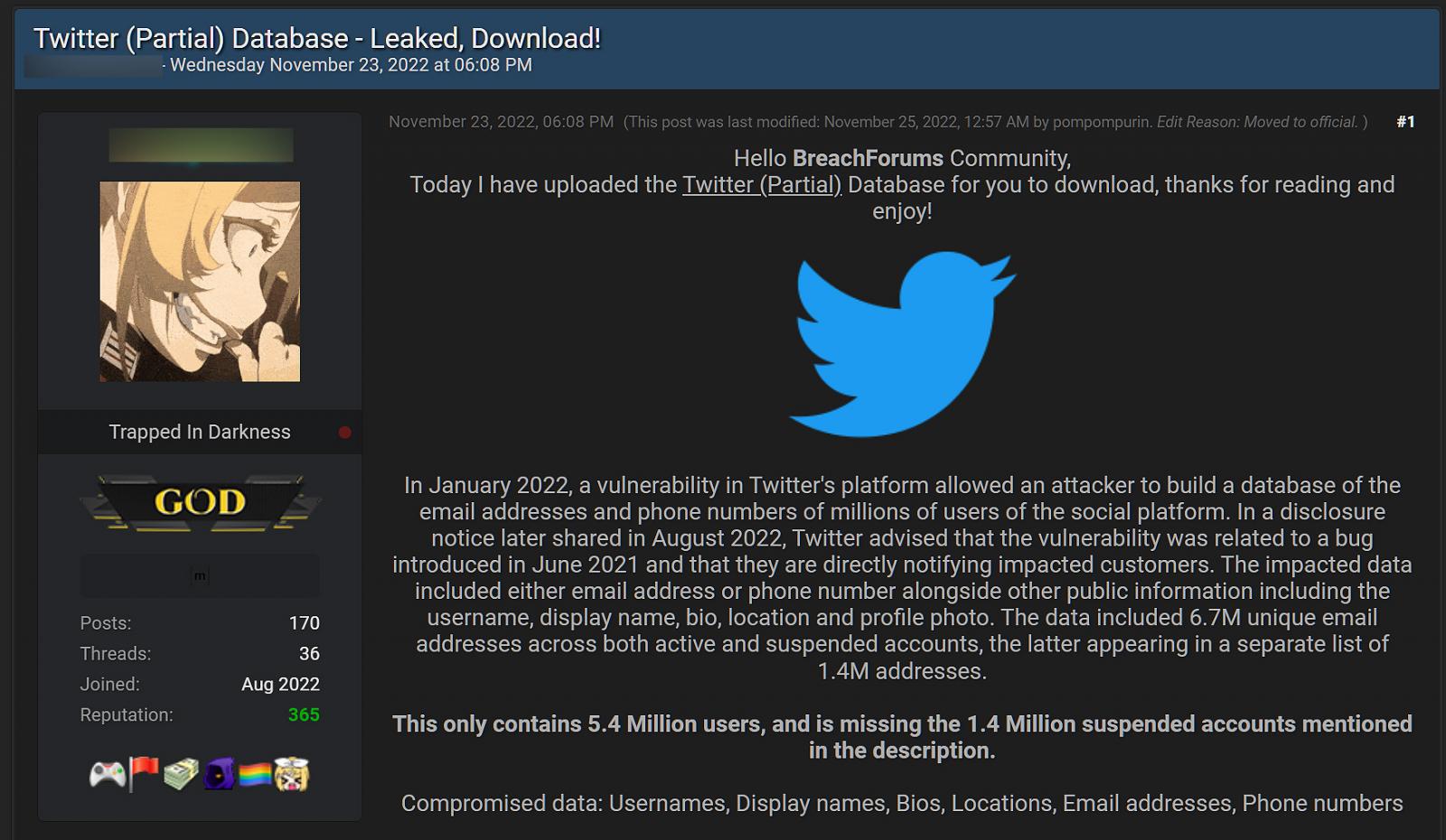 A vulnerability reported via the HackerOne platform was used to mass-harvest the account details of Twitter users, including private information such as phone numbers and email addresses. An initial dataset compiled via this vulnerability and containing the details of more than 5.4 million Twitter accounts was allegedly traded on underground hacking forums earlier this year, while an even larger second dataset has also popped up on hacking forums over the past few days. According to reports, this second dataset allegedly contains details on tens of millions of Twitter accounts. Read more: