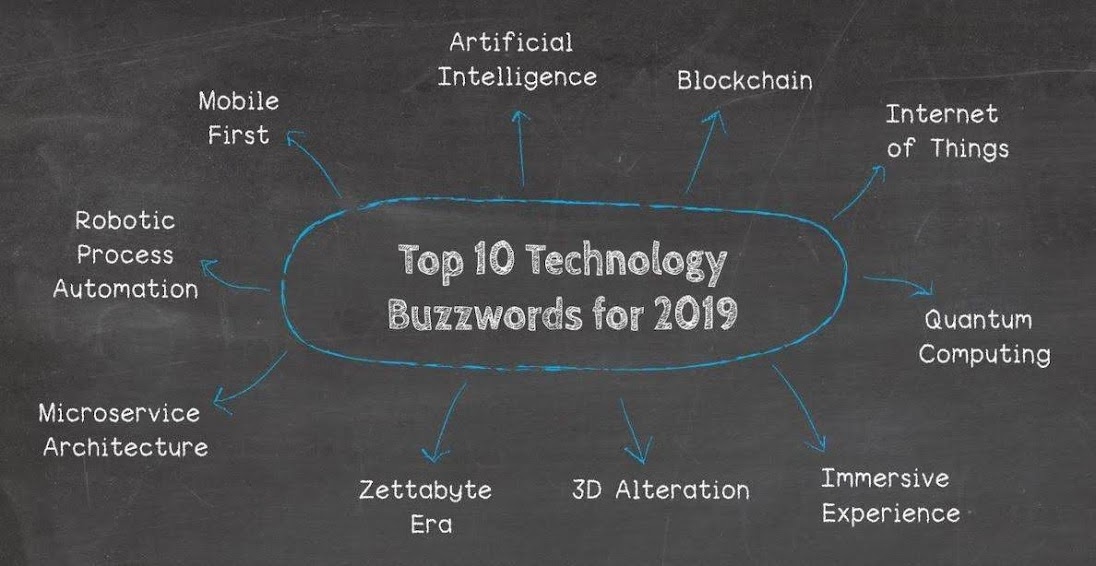 In computer science, Artificial intelligence (AI), sometimes called machine intelligence, is intelligence demonstrated by machines, in contrast to the natural intelligence displayed by humans and other animals. Computer science defines AI research as the study of “intelligent agents”: any device that perceives its environment and takes actions that maximize its chance of successfully achieving its goals. More in detail, Kaplan and Haenlein define AI as “a system’s ability to correctly interpret external data, to learn from such data, and to use those learnings to achieve specific goals and tasks through flexible adaptation”. Colloquially, the term “artificial intelligence” is applied when a machine mimics “cognitive” functions that humans associate with other human minds, such as “learning” and “problem solving”.

A blockchain, originally block chain, is a growing list of records, called blocks, which are linked using cryptography. Each block contains a cryptographic hash of the previous block, a timestamp, and transaction data (generally represented as a merkle tree root hash). By design, a blockchain is resistant to modification of the data. It is “an open, distributed ledger that can record transactions between two parties efficiently and in a verifiable and permanent way”. For use as a distributed ledger, a blockchain is typically managed by a peer-to-peer network collectively adhering to a protocol for inter-node communication and validating new blocks. Once recorded, the data in any given block cannot be altered retroactively without alteration of all subsequent blocks, which requires consensus of the network majority. Although blockchain records are not unalterable, blockchains may be considered secure by design and exemplify a distributed computing system with high Byzantine fault tolerance. Decentralized consensus has therefore been claimed with a blockchain.

Blockchain platform growth, standardization and use across industries is a safe bet and a legitimate technology trend.

The Internet of things (IoT) is the network of devices, vehicles, and home appliances that contain electronics, software, actuators, and connectivity which allows these things to connect, interact and exchange data. IoT involves extending Internet connectivity beyond standard devices, such as desktops, laptops, smartphones and tablets, to any range of traditionally dumb or non-internet-enabled physical devices and everyday objects. Embedded with technology, these devices can communicate and interact over the Internet, and they can be remotely monitored and controlled.

Mobile first, unobtrusive JavaScript, and progressive enhancement are related concepts that predate RWD. Browsers of basic mobile phones do not understand JavaScript or media queries, so a recommended practice is to create a basic web site and enhance it for smart phones and PCs, rather than rely on graceful degradation to make a complex, image-heavy site work on mobile phones.

Responsive web design (RWD) is a web design method that enables web to fit the screens of different devices automatically, displaying the content in a way that people feel comfortable. This greatly reduces users’ operations like panning, zooming and scrolling when browsing the web.

The mobile-first approach is a tenet of progressive enhancement. It is the ideology that mobile design, as the hardest, should be done first. Once the mobile design questions are answered, designing for other devices will be easier. What it boils down to is that, the smallest of the designs will have only the essential features, so right away you have designed the heart of your UX.

Progressive Advancement means that when we design a product, first we build a version for the relatively lower browser (like that on a mobile phone). This version includes the most basic functions & features. After that, we tend to the advanced version for a tablet or PC, which is created by adding interactions, more complicated effects, etc. on the basic version for a better user experience.

The opposite approach is graceful degradation. This incorporates all of the complexities right from the start, then strips them away later for smaller devices. The problem with graceful degradation is that when you build the all-inclusive design right from the start, the core and supplementary elements merge and become harder to distinguish and separate. The entire philosophy runs the risk of treating mobile design as more of an afterthought since you’re “cutting down” the experience.

Graceful Degradation, on the contrary, starts the product design from an advanced end like desktop and builds a version with well-rounded features at the beginning. Then designers make the product compatible with mobile ends by cutting some functions or contents.

Robotic process automation (RPA) is an emerging form of business process automation technology based on the notion of software robots or artificial intelligence (AI) workers. RPA systems develop the action list by watching the user perform that task in the application’s graphical user interface (GUI), and then perform the automation by repeating those tasks directly in the GUI. This can lower the barrier to use of automation in products that might not otherwise feature APIs for this purpose. RPA tools have strong technical similarities to graphical user interface testing tools. These tools also automate interactions with the GUI, and often do so by repeating a set of demonstration actions performed by a user. RPA tools differ from such systems including features that allow data to be handled in and between multiple applications, for instance, receiving email containing an invoice, extracting the data, and then typing that into a bookkeeping system.

The parallel execution and exponential scalability of quantum computers means they excel with problems too complex for a traditional approach or where a traditional algorithms would take too long to find a solution.

Industries such as automotive, financial, insurance, pharmaceuticals, military and research organizations have the most to gain from the advancements in quantum computing.

Microservices are a software development technique—a variant of the service-oriented architecture (SOA) architectural style that structures an application as a collection of loosely coupled services. In a microservices architecture, services are fine-grained and the protocols are lightweight. The benefit of decomposing an application into different smaller services is that it improves modularity. This makes the application easier to understand, develop, test, and become more resilient to architecture erosion. It parallelizes development by enabling small autonomous teams to develop, deploy and scale their respective services independently. It also allows the architecture of an individual service to emerge through continuous refactoring. Microservices-based architectures enable continuous delivery and deployment.