PS5 Preorders have been a mess, and PlayStation had more to reveal and talk about after their showcase yesterday! 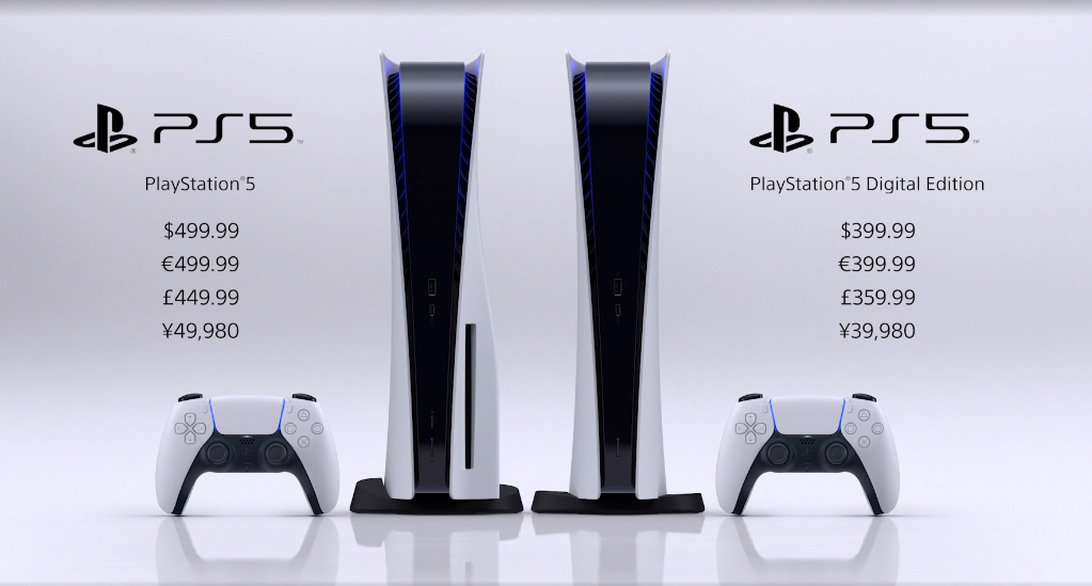 PlayStation 5 pre-orders were supposed to happen this morning and in case you weren’t aware they all disappeared yesterday. Yesterday was Sony’s big press conference that showed off some more gameplay for a couple of games. We got some big game announcements, like Final Fantasy XVI, a new God of War and most importantly, we got these final details we were waiting on for PS5, like pricing and release date. What they didn’t talk about during that show was when you could preorder the system. Now in previous statements, Sony had kind of mentioned, hey, you know, when preorders happen, we’re gonna make sure there’s ample time for people to know what’s happening. They’re gonna be able to prepare and be ready to set up preorders and that didn’t actually happen at all. So I think it’s safe to say, you know, of your viewers, we’ll let you know when preorder will happen. We will let you know, it’s not gonna happen with a minutes notice. – After the show ended, there were some additional bits of news that Sony dropped, and I want to cover some of those other things as well.

But one of the big ones was that preorders should start tomorrow, being today. The problem with that is that shortly after they said that preorders started happening and disappearing everywhere. Now, as a result of this, a lot of people are understandably, very frustrated and very salty with Sony. And it is, and it is not Sony’s fault. It’s kind of a weird situation because ultimately what really ended up happening here is it looks like the general instruction was given of preorders would happen today. But instead, a lot of retailers just ended up opening up their preorders. And the moment one of them did, everyone else started following suit and opening them up right after and because the demand was so out of nowhere, and it was all riding that high after the show, they just started disappearing right away.

Not to mention, of course there’s always the fun fact that some of those sales definitely went to resellers who were already listing them on eBay, even though they don’t have them yet, who will happily sell them to you for upwards to $25,000. Now, again, I say this is isn’t entirely Sony’s fault because ultimately what happened was one retailer did it and the dam broke and everyone else went for it. But the thing is clearly Sony didn’t really give any super strong, clear messaging about how this whole situation should be handled. I mean, if you compare this to what’s going on with Xbox right now when they did their big reveal, that was forced faster than normal things to leaks, they made it very clear that Xbox Series S and X will go up for preorder on exactly the 22nd.

And even now we have additional clarification that those systems will be up for preorder at 8:00 AM Pacific time. And so while that certainly still leaves open, I think the chance of some retailers, you know, breaking that date and going earlier, obviously, it hasn’t happened yet, so we’ll see, that at least has a very clear message that says, hey, this is when we think things are going to happen as opposed to Sony, which was this very sort of unclear message that was just tomorrow is the plan, nevermind. Even their own preorder system where people enter their PlayStation IDs for a chance of doing earlier preorders, those notifications started going out after all the other preorders started happening and those ones were gonna be available for preorder on Friday.

So clearly Sony wanted things to wait and for things to happen all later but nope. Now there have been rumours of what we’re seeing disappear right now, not being the actual full allotment of PS5s. And at least in the US I don’t know what the situation is for other territories, but it sounds as though there are going to be additional allotments that will open up in the near future. So if you haven’t gotten a chance yet to preorder a PS5, don’t lose hope. I think there are going to be some more slots that open up, do not give in yet and start giving money to resellers. That is the last thing you should do unless you just really don’t care about dropping, you know, a 100% more money on them.

I think there is a shot of more allotments opening up. So just keep your eyes open, follow the right Twitter accounts and be ready whenever those show up, because while a lot of people have already secured preorders they want to have, there’s always gonna be those people that try to grab more for the sake of resale. Now, aside from the whole mess of PlayStation 5 preorders, there are some other things I want to talk about real quick about the conference, because I did my reaction video to the press show itself, but there was a lot of information that dropped afterwards that is pretty surprising. First off, one of the long kind of debates that has been going on with next-gen is whether or not we’re going to see price increases in games. And it looks as though Sony is heavily leaning into the concept of all games being priced $10 more. This applies to main releases where instead of $60 receiving 70, but it’s also applying to smaller releases like Spider-Man: Miles Morales where being a sort of standalone style DLC expansion kind of game, normally those are priced at a lower price point, 40 being the usual, well it’s being launched at 50, 70 bucks if you want to get it bundled with a remaster of Spider-Man.

I already did a full video talking about the concept of games going up in price. And my stance in general to this is it’s kind of a long time coming, but it also depends a little bit on the game, right? Because there are some titles that are released and I think that higher upfront cost is worth it. And it’s something that’s just going to happen, especially for those games that don’t necessarily lean very heavy into things like season passes or having to buy tons of additional bits of DLC. If it’s a single-player game that is a complete title from the get-go, that makes perfect sense to me, to be honest. And if you account for things like inflation, $70 is still actually relatively a cheap price compared to how much games have been historically, especially during the SNES era where those prices got crazy high. An even bigger issue for a lot of people is the revelation that a lot of games are actually cross-generational and the reason why this is kind of a weird thing is that early on when we were first hearing rumours of the next-gen, Xbox was making the whole statement about how, hey, we’re gonna do a lot of cross-generation support.

And PlayStation’s response to that was we believe in generations, we don’t want to do cross-generation stuff because that’s going to hold back what we can do with some of these games. And I think that is still generally PlayStation’s goal, but we do have a number of games close to the PS5’s launch that is now confirmed to be coming out on PS4 as well, specifically Spider-Man: Miles Morales, which makes a lot of sense because again, it’s basically a standalone expansion. Sack Boy, again, not a huge surprise to me and I didn’t think the one that actually did catch me a little off guard, Horizon: Forbidden West. Now there are people who are very angry about this, and a lot of them are using Sony’s own rhetoric against them by saying, hey, if these are cross-generation then you’re not really making these as awesome of next-gen games as you could, which is a little different from what Sony was arguing against Xbox.

Because in Xbox’s case, when they were talking about cross-generation, it was sort of like a very big plan moving forward. For the next few years, we were going to see games come out on both Xbox One and Series X. And that’s definitely an issue. In Sony’s case, it’s a select number of titles that are all coming out very close to PS5’s launch. In fact, I wouldn’t be surprised if all of these games were initially being developed for the PS4, but because of the time involved got turned into PS5 launches as well. I mean, this is exactly what happened with the Nintendo and Breath of the Wild, where that was going to be a Wii-U game, but then Nintendo decided to work and make the Switch.

And they had to make a port ready for that, that ran better. And this is not happening for every exclusive. I think one of the best examples of this being Ratchet and Clank. While we still don’t know the actual hard release date for this game, just yet, it has not gotten a PS4 version announcement. And I very heavily doubt that game is going to have a PS4 version because of the fact that the gameplay we’ve seen heavily showcases the advantages of the PS5s SSD. And it’s not really something you could do on a PS4. So while I understand the fear and worry of cross-generation support being something that can hold back what you can do with games, I don’t think you should take what games we’re seeing being cross-generational right now, being a sign that every single Sony exclusive is going to get a PS4 version.

This is a handful of titles happening close to the PS5s launch. We’re definitely gonna see other games that remain next-gen exclusive like Ratchet and Clank, and probably even God of War. All that being said, I definitely agree that it’s very annoying though, that Sony used that wording before only to kind of walk it back now that games are actually up for preorder. I’m very happy in some specific circumstances. I’m really glad Spider-Man: Miles Morales is gonna be on PS4 because it made no sense to me that that could have been PS5 only exclusive, but again, that messaging was very confusing.

And now it’s only been made a 100% clear. Now that preorders are out there and people are trying to get them as fast as they can. All this info combined, I got to say, I’m still really hyped after that showcase. I’m excited to play some of these games. And even if some of them do have cross-generational support, we’re still gonna get a better looking, better running version of them on next-gen, that I am looking forward to playing. For anyone who is really trying desperately to get a PS5 for this holiday season that has not locked down a preorder yet, I’m gonna put some information down below in the description that will hopefully give you a little bit of a hand and maybe give you a headstart if availability does end up opening up again.

I’m also planning on doing another video very soon, wrapping up everything we now know about the PS5 and the PS5 all digital and how that compares to the Xbox Series S and X so look forward to that coming very soon, until then guys, I’ll see you later.