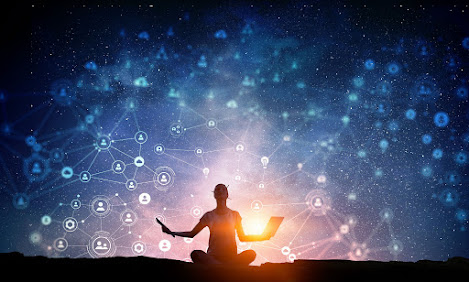 If you need to migrate your email archive from on-premises to the cloud platform, wouldn’t it be great to have an EASY button to push. Presto! Archive migration is done.

Unfortunately for IT professionals, there is no EASY button. As the saying goes, it’s complicated.

That was a key takeaway from a recent Fireside Chat webcast featuring Nick Cavalancia of Techvangelism, and Chris Clark, CEO of Trusted Data Solutions. They have both done email archive migrations and based on their experience it is never easy. Clark was emphatic that if a consultant tells you it is going to be easy, you better get that in writing.

Diverse and sometimes archaic or corrupted data formats are things that make archive migration complicated. But the good news is that while it is never going to be easy, careful preparation and planning can help you achieve a Zen-like balance between effortlessness and disastrous.

“One would think you get a migration tool, you point it at the source data then you point it at the destination environment and press start,” explained Nick Cavalancia of Techvangelism. “In concept, it seems like that’s all it really should be. But there’s so much more that needs to be addressed before you select a tool.”

The webcast focused on what IT departments need to consider when they are first tasked with doing an email archive migration.

10 Questions to map out your migration

Cavalancia presented 10 questions designed to help IT professionals understand the scope of the project they are facing. He recommends getting the answers first before starting a search for a migration tool or consultant.

In reviewing these questions, Chris Clark, CEO of Trusted Data, added that he often sees IT departments focusing on the destination, for example a cloud archive, before they begin to consider how they are going to get there from the typical on-premises archive. Figuring out how to migrate often comes up late in the planning when it would be better to start thinking about it early.

“The journey matters and you’re going to find out a lot of things in your migration, probably that you didn’t know because invariably, the first question we ask is why are you moving?” Clark said. Why are you moving your archive and many times either there are performance issues with the current archive, known issues with the current archive, many generations of sources have gone into the archive. It’s good to have situational awareness of what you have upfront because that will dictate many, many decisions and a lot of the process going forward. It’s not a trivial event, in moving your data.”

Taking an empirical view of your data

In the Fireside Chat, Clark made a case for empirically looking at the data in the existing archive before planning how to migrate it. In 95 percent of cases, he said validation queries prove that the client’s initial estimate of how much data is in their archive proved to be much lower than what was there.

“If there’s a difference between what you think you have and what you have when you do some analysis, that starts to flag the why issues,” he said. “Why is that the case? You start to pull on a string that can lead to some very troubling revelations. What you think you have in terms of data is not empirically accurate.”

Clark offered the example of an enterprise client that estimated the current archive had 150 million to 200 million messages. When Trusted Data did its empirical analysis it found twice that number.

“That’s a non-trivial deviation,” he said. “What happened was there were several issues that had occurred in the indexing of the archive over time that took a fault and compounded it. So that was a real eye-opener to the client. It wasn’t necessarily a technology flaw or bug. They had upgraded many times. They had plugged more sources to it over time.

There were ongoing mistakes that were compounded. These are the types of unintended consequences.”

If the organization wants to migrate to a new archive because data retrieval from the old archive is too slow, the reason for the poor performance may influence planning for the new archive. For example, if the data has ballooned over the lifetime of the archive – in one instance an organization decided to archive all voice mail – it may be holding more data than it was ever architected to handle.

Cavalancia said part of the problem comes from thinking about migration tactically. How do we move the on-prem email archive to Office 365? But what is missing is strategic planning starting with the kinds of data the organization needs rather than just throwing everything into the archive as if it all had the same value.

“Somebody comes to me with a 10 to 50 terabyte migration, we don’t think about it that way,” Clark replied. “That may be 15 billion emails. So effectively we’re migrating 15 billion things.”

Think before you migrate

Those 15 billion things often include emails from several generations of systems and are in proprietary formats.

“It’s not like copying data. It’s reading the way it sits on the original archive, somehow unpacking that, turning it into something neutral that can be put into a format that’s fit for purpose to wherever the target archive is. The target archive has a data format it wants to see for each of the messages. So there’s a data format conversion process. It’s not just migrating. Migrating is just moving it from point A to point B. If it were that easy we wouldn’t be having this discussion.”

When it comes to converting emails to the data format the target archive requires, in his experience about 80 percent will go through fine. But the other 20 percent may be problematic. Also, some of it may be corrupted and may need to be stored outside the new archive where IT may only try to recover it if there is a pressing business or legal need.

“We have some customers that migrate that data to a pool where if they later need it they can go in and remediate it,” Clark said.

Cavalancia said that organizations need to make decisions on what kinds of data they will need to move to the new archive. Do you need emails in archaic proprietary formats that go back 30 years? One caution is that part of the migration planning is not an IT issue. IT needs to have the business side make those kinds of decisions, which may be based on legal or regulatory issues balanced against the cost of migrating and storing billions and billions of emails.

In planning for the new archive, Clark suggested making things easier for the next migration.

“The best advice I heard, is when you go into an archive, you need to know how you’re going to get out,” he said. “That will help with the next generation of migration.”

Cavalancia provided a checklist for planning a migration:

Clark stressed the need for documenting the process. “One of the most valuable components is the documentation of the process and the results. X number of messages were migrated. Y number of emails were problematic and are in separate storage. That’s the most important thing for the business. You have to be able to prove that you did due diligence. Get the business side involved in the diligence. Let the business decide what to do with corrupted data.”

For more than two decades, Trusted Data Solutions has led the market in legacy data management. As foremost experts in backup tape restoration, email migration, and voice retrieval Trusted Data continues to be the preferred choice for eDiscovery companies, corporations, government agencies and legal firms that require a trusted partner for their data transformation initiatives.