Myth: Viruses and other malicious software (malware) only affect computers and laptops.
Reality: Mobile malware, which affects smartphones, tablets and other mobile devices, increased significantly.
Example: Mobile malware families increased by 58% last year. Topping the list of activities was information stealing (phone numbers and email addresses), which occurred nearly a third of the time, followed by using the phone’s GPS to track the user, which happened nearly a fifth of the time. 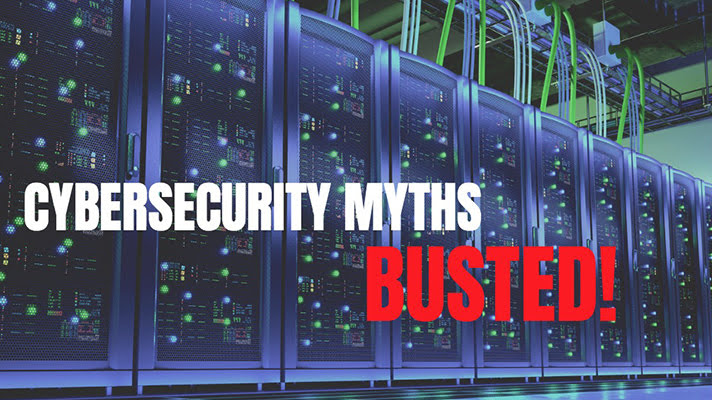 Myth: I can’t get a virus or be attacked on social networking sites.
Reality: Many well-known social networks, including many of the newest ones, are prime targets for scammers, with 56% of social media attacks involving fake gift cards and survey scams.

Myth: Free antivirus software on my computer provides complete protection.
Reality: Ransomware (where cybercriminals lock you out of your computer unless you pay their ransom), is one example of the trend toward increasingly vicious malware, which is known for being harder to undo, more aggressive and more professional than other malware. This malware requires protection beyond what basic, free antivirus software can offer.

Myth: it’s easy to tell if a site is fake – typos or foreign characters are key indications.
Reality: Many spoofed sites today look exactly like the websites of legitimate brands, down to the smallest details. Adding to that, the number of fake sites that imitated social networks more than doubled in 2012.

Myth: My computer won’t get infected since I don’t visit risky sites.
Reality: 61% of malicious sites are actually legitimate websites that have been compromised and infected with malicious code. Business, technology and shopping websites were among the top five types of sites hosting infections.

Myth: I’ll know right away if my computer is infected.
Reality: Cybercriminals today rely on stealth – the longer they’re on your machine undetected, the more damage they can do. Your computer could even be part of a “botnet” – a network of remotely-controlled computers that send spam emails or participate in widespread attacks – and you might not even know it.

1. Always follow security best practices, like using complex and unique passwords for each site and sticking to trusted websites, no matter which type of device you are using.

2. Never click on links or open attachments from people you don’t know. Also, if you receive a strange message from a friend, take a moment to verify it – it’s possible their email or social networking account was hacked.

3. Make sure you protect all your devices with a comprehensive security solution, like Norton 360 Multi-Device.