Although quantum computer will have many benefits, it will also have the ability to harm. The very same computing power that allows complex problems to be solved can, in turn, be applied to undermine cybersecurity. In this article, learn more about quantum computing and the implications it will have on the cybersecurity landscape. 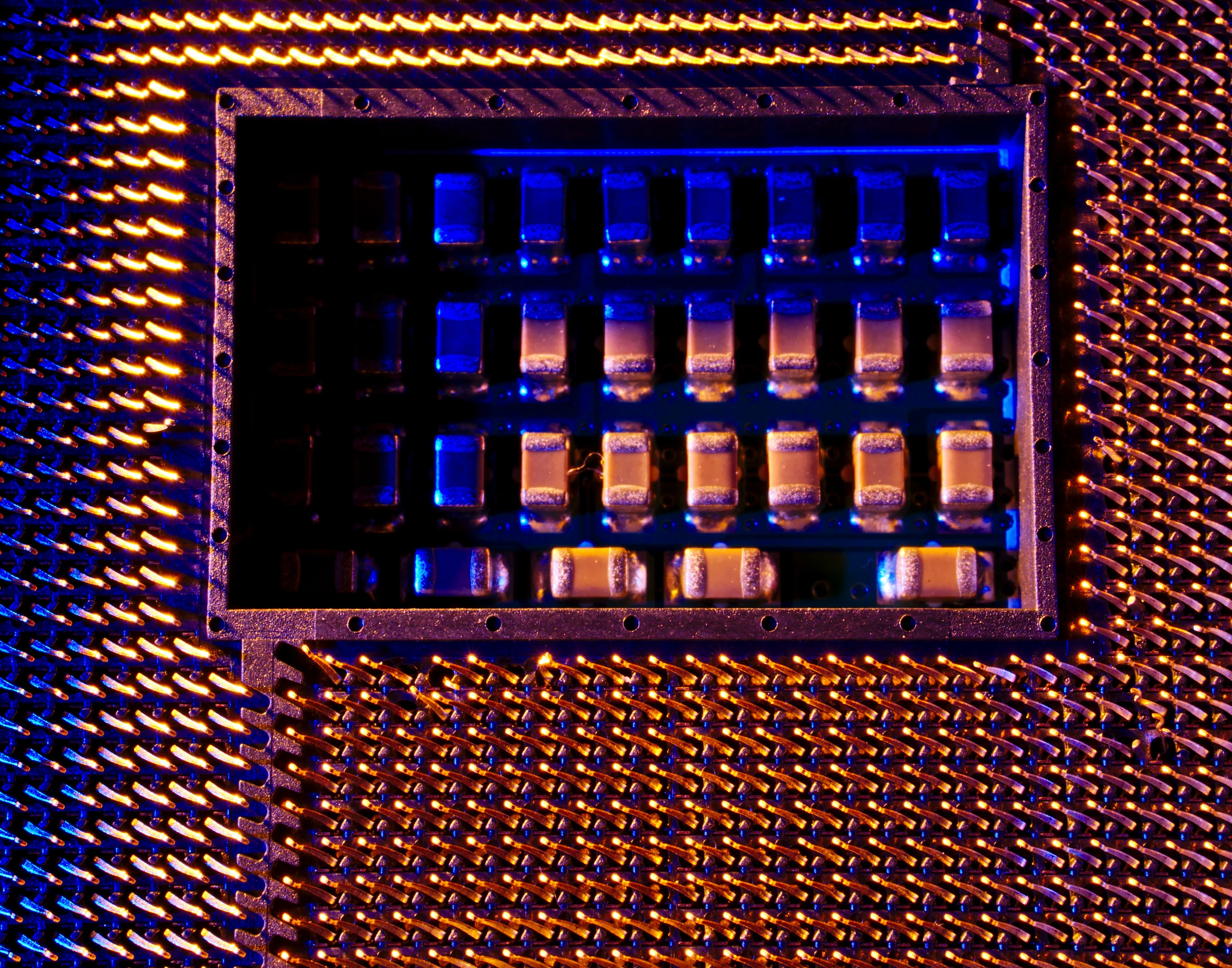 Quantum Computing and Quantum-safe Security: The Implications of the Cybersecurity Landscape

What’s in this article?

This article looks at the implications of quantum computing in the cybersecurity landscape.

It explores what technology is, alongside its benefits and threats. It also analyzes the need for quantum-safe cybersecurity measures; discussing solutions available today that can protect against quantum threats, alongside those that will be available shortly.

Finally, this article explains the need for organizations to embrace crypto-agility within their encryption solutions so that they remain secure both today and in the post-quantum era.

Since work on quantum computing first began in the 1980s, when physicist Paul Benihoff proposed a quantum mechanical model of the Turing machine, the scientific and technological communities have touted it as ‘the next big thing’.

Later, American theoretical physicist Richard Feynman and Russian mathematician Yuri Manin suggested that such a computer had the potential to do things a classical computer could not.

This claim was all-but proven in 1994 when MIT professor of applied mathematics Peter Shor developed a quantum algorithm for factoring integers (also known as prime factorization).

The now-famous Shor’s algorithm implies that public-key cryptography, which uses this technique to generate keys, could be easily broken by a sufficiently powerful quantum computer running it.

The immense computing power of a quantum computer means that such encryption techniques could be broken in a matter of days, or even hours. In contrast, a ‘classical’ computer would take thousands of years to perform the equivalent task.

From theory to practice

Experimental quantum computers have been in the lab since the late 1990s, with progress being what could be described as steady at best for many years.

However, more recent times have seen great strides forward. Driven by Moore’s Law, tech giants including IBM, Google, Microsoft and Amazon have entered the fray; either manufacturing their own quantum computers or partnering with other manufacturers, to further R&D and open the technology to commercial markets.

Perhaps the most important announcement since Shor’s algorithm was made in October 2019, when a paper published by Google and NASA claimed to have achieved ‘quantum supremacy’; the point at which a quantum computer can solve problems that are practically unsolvable by classical computers.

In what used to be confined to scientific publications, news of quantum computing’s development has become the focus of major media outlets.

Quantum computing systems produced by the organization(s) in qubits, between 1998 to 2019

What is quantum computing?

While classical computers code information into bits, sending electrical or optical pulses representing 1s and 0s (a binary code) as first devised by Alan Turing in the 1930s, quantum computers use quantum bits (known as qubits).

These qubits, typically subatomic particles such as electrons or photons, can store information as 1s, 0s or anywhere between these values due to a principle called superposition.

In short, this means that qubits can store more information than bits, and therefore their computational power is exponentially greater.

Quantum computers in the real world

Rather than replacing classical computers, it seems that quantum computers will complement them.

Reasons behind this include, but are not limited to:

More likely, access to quantum computers will be provided ‘as a service’ in the cloud, as has already been indicted by the likes of Microsoft and Amazon.

Fully-fledged, commercial quantum computers will have the power to change computing as we know it, but when this happens is a subject of much debate.

While some believe that the quantum age is a way off yet, others believe it is just around the corner. IBM, for instance, has stated that “in five years, the effects of quantum computing will reach beyond the research lab”.

These changes will have a transformative effect on areas including scientific and medical research, economic analysis, AI, Big Data, and many other disciplines which require large volumes of data and complex calculations.

The good, the bad and the ugly

Quantum computers will also have the ability to harm. The very same computing power that allows complex problems to be solved can, in turn, be applied to undermine cybersecurity. 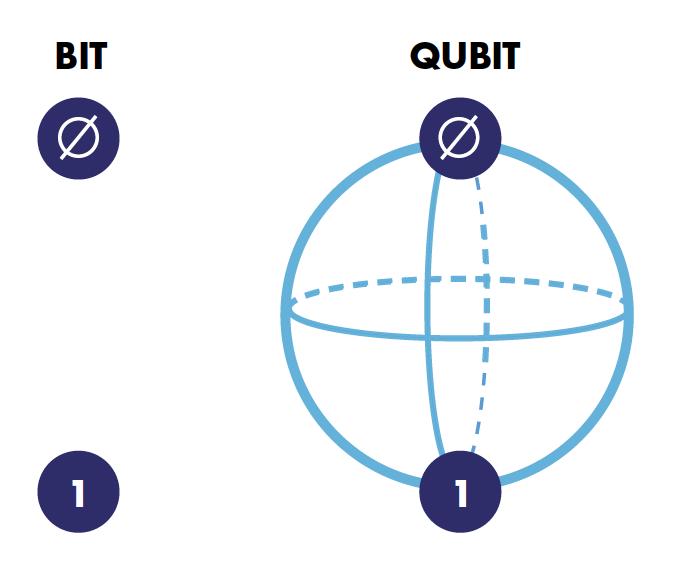 Qubits can store more information than bits, and therefore their computational power is exponentially greater.

Of particular concern is the threat to public-key cryptography which, if indeed, is broken by Shor’s algorithm, could leave the critical infrastructure, banking systems and more vulnerable to attack.

The need for quantum-safe cybersecurity

With quantum computing set to render today’s cryptographic primitives useless, there is an urgent need for organisations to implement cybersecurity measures that protect critical infrastructure and sensitive data from this new attack vector.

If predictions are correct, and quantum computers exist outside the lab in around five years, IT and cybersecurity professionals must act now to secure their systems and data against imminent quantum threats.

Thankfully, technologies that can mitigate the risks of quantum attacks are commercially available today, with further advances due shortly.

When generating keys, numbers must be seeded from a source that is not vulnerable to bias, or easy to predict.

This randomness is already key in today’s cryptography. It will become even more so in the quantum era when quantum computers will be able to ascertain patterns in the fraction of the time it takes their classical counterparts.

It is likely, therefore, that Pseudo-Random Number Generators (PRNG) – which use inputs from the environment around them, such as a system clock or keyboard strokes – will not be random enough.

They operate by firing photons (particles of light) at a semi-transparent mirror and assigning them a value of 0 or 1 depending on if they are absorbed or reflected.

Because these photons will behave completely randomly, there is no pattern to be observed as seeds are being generated.

Once keys are generated, they must be distributed in a way that guarantees forward secrecy, and thus data integrity.

QKD does just this by distributing keys via photons across an optical link. The technology uses another property of quantum physics, known as the ‘observer effect’, to verify the security and authenticity of these distributed keys.

This principle states that, in quantum physics, observation causes perturbation. If a photon in transit were intercepted, the act of observing the particle would cause it to collapse into its final state.

In practical terms, this means that if a cybercriminal attempted to intercept a key being carried using QKD (via a wiretap for example) the intended recipient would be alerted that it had been observed or tampered with, and thus is not safe to use.

In turn, this will give the sender and recipient the chance to generate a new key before any sensitive data is transmitted using the compromised one.

The need for quantum-safe cybersecurity

QRAs are algorithms which themselves are designed to remain secure in a post-quantum world.

In 2016, the National Institute of Science and Technology (NIST) acknowledged the importance of such algorithms and called for public submission of post-quantum algorithms that could carry out this task.

In 2019, NIST revealed that 26 of the 69 submissions “made the cut” and are undergoing further scrutiny. Draft standards are due as soon as 2022.

Once standardised, the current generation of encryption algorithms will need to be replaced with these new quantum-resistant algorithms.

This will ultimately require an update to all software and hardware devices that use Public Key encryption globally.

While the 26 algorithms NIST are evaluating come from a range of mathematical ideas and principals, they can broadly be fitted into three categories.

Code-based systems use error-correcting codes, which have been used in information security for decades, including public-key encryption and digital signature schemes.

Multivariate systems depend on the difficulty of solving a system of quadratic polynomial NIST-equations over a finite field.

Rather than looking at these elements in isolation, organisations should combine QRNG, QKD and (when available) QRAs to achieve a solution that secures against quantum and classical attacks.

The importance of crypto-agility

Organizations must remain agile in this changing threat landscape, especially when it comes to cryptography.

Combining high-assurance, end-to-end encryption with a true source of entropy and a method of key distribution that aids forward secrecy ensures your encryption solution is fit-for-purpose as the age of the quantum computer looms.

Using today’s standards-based algorithms or providing your own and ensuring your encryption platform offers support for as many of these algorithms as possible, also allows for both security and flexibility.

When available, implementing quantum-resistant algorithms will further mitigate the risk of a quantum attack.

Thales Luna Hardware Security Modules and Thales High-Speed Encryptors are cryptos agile by design. They enable the most seamless, trustworthy and cost-effective method of transitioning to quantum-safe security while maintaining backward compatibility with existing systems.

This article focuses on Thales High-Speed Encryptors and how they provide long-term data protection in a post-quantum computing world.

The future is coming.

IT and cybersecurity professionals must begin to address the quantum computing threat today.

The scale of assessing threats, comparing vendors and implementing a solution is huge. Those that do not act risk finding themselves in a situation where they are unprepared for the quantum age, or worse-still, under attack with no method of defence.

So, in anticipation of this transformative technology, ask yourself: How much do you value your data?

The components of crypto-agility

Any truly crypto-agile solution needs to be future-proof. Long-term data protection in a post-quantum computing world cannot be guaranteed without the incorporation of QKD and Quantum-Safe Algorithms.

Thales encryption solutions come with AES 128 and 256-bit standards-based algorithms by default. However, in some circumstances, customers may choose to customize their encryptors with user-defined (or alternative standards-based) algorithms or custom curves for elliptic curve cryptography.

It is often argued that a cryptographic system is only as strong as its weakest link. Entropy is a core component of cryptography as a key generation is dependent upon randomness.

To remain compliant with the country and region-specific data protection legislation, organizations may require an encryption solution that allows admins to customize and control where data and keys are stored.

Flexibility is another key component of crypto-agility. Thales encryptors leverage FPGA versatility to both accelerate their time to market and enable simple after-market customization, without the need to update the hardware.

The use of FPGA technology provides in-field flexibility, ease of management and reduces the TCO, improving the returns on any investment in hardware devices.

Flexible deployment is supported by the ability to set simple policies to manage encryption across the network. Truly agile solutions allow these policies to be set based on a variety of criteria, including VLAN ID or MAC address.

Crypto-agile solutions offer customers the ability to choose from a range of encryption (cipher) modes. For example, CFB and CTR encryption, or GCM for authenticated encryption.

Crypto-agility is not just about future-proofing, for customers using older applications, or those who prefer to use 128-bit encryption keys, having the flexibility to choose between 128 and 256-bit algorithms provides backwards compatibility and helps drive down the cost of ownership.