You know you must probe your networks, systems, applications, and web assets to uncover weaknesses before the bad guys do. But what’s the best way? 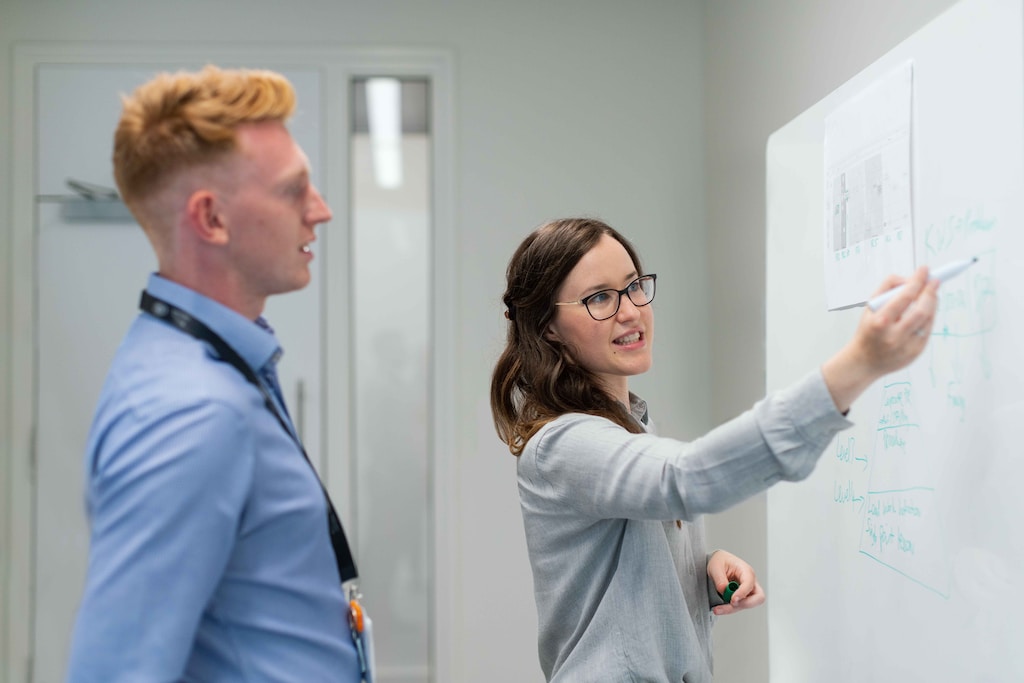 Penetration Testing to Protect Your Company from Cyber Crime

Just as doctors must probe their patients to uncover hidden maladies or diseases, so too must companies probe their networks, systems, applications, and web assets to uncover weaknesses subject to possible hacking. The practice is called Penetration Testing, or pen testing for short. As with all issues relating to security, there are optimal ways to conduct pen tests and less than ideal ways. This article addresses:

Hardly a day passes when a report of major cybercrime doesn’t dominate the news. But just how big is the problem? According to a recently released report from CSO, experts predict that by 2021 cybercrime globally will cost $6 trillion annually or twice what it was in 2015. Astonishing as that prediction is, it’s even more remarkable to consider the wealth transfer to bad actors that occurs and the largely unrealized benefits of innovation, investments, and risk-taking. Like a rug being pulled out from under companies, the losses are not only large but devastating to their future viability.

Aside from the direct losses from cybercrime, we must also ladle on to this figure the direct costs enterprises spend to fight cybercrime. According to Gartner, currently, we spend $86.4 billion on fighting cybercrime, and they project that number to reach $1 trillion between 2017 – 2021. Not factored into this amount is the burgeoning juggernaut that is the Internet of Things and its related technology cousins.

You get it: the problem is huge and the costs enormous. All we need to do is put the best and brightest cybersecurity employees to work. There’s a catch, however. Unfilled cybersecurity jobs are expected to top 3.5 million by 2021, severely impeding companies’ ability to effectively secure their enterprise.

As the Internet continues to explode in content and systems, the number of Internet users is exploding as well. According to Cybersecurity Ventures, six billion people will be on the Internet by 2022, approximately 75% of the world’s population, up from 3.8 billion in 2017. With more Internet users comes more potential openings for attacks.

Most insidious of more recent cybercriminal tactics is ransomware. Up from $325 million in 2015, ransomware attacks in 2017 exceeded $5 billion and, according to Cybersecurity Ventures, it will rise to $11.5 billion by 2019. It predicts a ransomware attack will hit every 14 seconds, something that should keep CIOs and their security teams up at night.

This world of constant attacks is the new normal. The security that’s treated as an afterthought rather than it being central to an enterprise’s DNA is setting out a welcome map for hackers and inviting them in with an extra set of keys.

To deal with the onslaught of cybercrimes and related issues companies rely on penetration testing. A pen test, also referred to as ethical hacking, is essentially leveraging hacker tools and skill-sets for the benefit of the company. There are multiple flavours of pen tests depending on the targeted infrastructure. Thus, it’s important to understand first exactly what it is you’re seeking to uncover or prove worthy. Let’s do a quick review of what each type entails.

This type focuses on only what’s visible on the Internet, such as website, DNS, and email servers. The overall goal is to obtain access, gather valuable data, and leave without being identified or tracked. Think of it like a tester checking the locks on external doors and windows of a building to verify they are actually safeguarding against unauthorized access. The same concept applies except it is against the enterprise’s digital space, including servers, firewalls, etc.

Different from external testing, an internal pen test is one performed behind the firewall. These tests can take multiple forms; perhaps emulating a disgruntled employee, or by way of an insidious phishing attack facilitated by stolen employee credentials. From the inside, the tester would tend to have broader reach into the network(s) and/or systems, including IP address schema(s), source-code, and OS details, slyly avoiding detection.

AKA Black-Box testing is a technique used to predict how bad actors will attack a particular enterprise. Many times a blind tester is provided with little more than the name of the company. What unfolds during the test is a likely road map of how bad actors will navigate the systems to puncture holes in security and then gather data. This type of test affords security personnel real-time insights into each tactic of the tester.

In these tests, there’s no knowledge that a test is about to happen. Security personnel doing their everyday jobs are left in the dark and must react in real-time. This type of double-blind test is almost like a real-world attack because all parties are unaware of the other side’s efforts; first to enter and second to block.

As its name suggests, this type of pen test focuses on particular aspects of the organization’s infrastructure. Here, both the pen tester and the security team work together to understand, track, and monitor movements.

Given the high stakes of cybercrime, ethical penetration testers must adhere to the clear parameters of their assignment.

Specifically, all penetration testers should:

While companies may have their own penetration testing process and there are always one-offs, edge-cases, and peculiar circumstances that will dictate how a pen test is conducted, there is a mostly broad agreement that entails at least the following five stages.

This stage focuses on the scope of the test to ensure all parties involved have clear instructions, understand what systems are being tested, what intelligence currently exists with respect to domains, OS, networks, email servers, website, and other valuable infrastructure.

During this stage, the pen tester will determine how a particular application or system responds to an intrusion, call it the first element of the pen stress test. These scans can be performed in a static fashion or dynamically as the application or systems are running.

This stage is when a penetration tester pulls out all the stops, leveraging various tools and tactics to launch web application attacks such as Cross-site Scripting(XSS), SQL injection(SQLi), and Man-in-the-Middle(MITM) attacks to exploit a target system’s vulnerabilities and users. After securing access, the pen tester will likely use other methods to further explore and exploit the openings. The methods might include escalating privileges, stealing data where possible, and intercepting traffic.

Depending on the scope of the test, maintaining access after breaching a system or application is important because it shows how a persistent bad actor could remain in place, undetected, over long periods of time. Like a bad strain of bacteria unfettered by an antibiotic, the germ can continue to do damage.

After the test is complete, the pen tester reviews with the security personnel precisely what was done, how systems performed, how long the tester was inside systems undetected, what vulnerabilities exist, and which priorities require immediate attention. This input is vital to enable the company to adequately remediate certain systems and applications.

Depending on the outcome of the penetration test, the company should immediately undertake another test after red flag areas have been patched to determine if they have been adequately fixed. Further, the company should consider a regular schedule of different types of tests to ensure any new systems or applications put into action do not represent a potential vulnerability.

Talent being only one part of the equation, penetration testing tools are the other side. Below is a brief review of some of the top tools commonly used to assist security personnel in their pen tests. While there are many other tools, these are most often mentioned in various reviews.

Wireshark is one of the world’s foremost and widely-used network protocol analyzer. It lets companies see what’s happening on their networks at a microscopic level by “sniffing” the network packets as they cross the wire and are used across many commercial and non-profit enterprises, government agencies, and educational institutions.

Kali Linux incorporates more than 300 penetration testing and security auditing programs with a Linux operating system, delivering an all-in-one solution that enables IT administrators and security professionals to test the effectiveness of risk mitigation strategies.

w3af is an extremely popular and flexible framework for finding and exploiting web application vulnerabilities. It is easy to use and extend and features dozens of web assessment and exploitation plugins.

Netsparker finds and reports web application vulnerabilities such as SQL Injection and Cross-site Scripting on all types of web applications, regardless of the platform and technology they are built with.

Nessus Professional is one of the industry’s most widely deployed assessment solutions for identifying vulnerabilities, configuration issues, and malware that attackers use to penetrate an organization’s network. It specializes in compliance checks, sensitive data searches, IP scan, website scanning, and overall excels at aiding the pentester in finding weak-spots.

Burp Suite is a web application vulnerability scanner. It ranges in its abilities which includes an intercepting proxy, web crawling for content and functionality, web application scanning, etc.

This is a password recovery tool for Microsoft Windows. It can recover many kinds of passwords using such methods as network packet sniffing, as well as password cracking techniques including dictionary, brute force, and cryptanalysis attacks.

ZAP is one of the world’s most popular free security tools and is actively maintained by hundreds of international volunteers. It can help companies automatically find security vulnerabilities in their web applications, whether they are still in developing and testing, or already in production.

John the Ripper is a password cracker, currently available for many flavours of Unix, Windows, DOS, and OpenVMS. Its primary purpose is to detect weak Unix passwords but is also effective against Kerberos AFS, Windows LM Hashes, MD4, etc.

The Retina Network Security Scanner is one of the more sophisticated vulnerability assessment solutions on the market. Available as a standalone application or as part of Retina CS Enterprise Vulnerability Management, Retina Security Scanner enables companies to efficiently identify IT exposures and prioritize remediation enterprise-wide.

Robust pen-testing often involves the use of many different tools to cover all aspects of the test. Thus, it’s not uncommon to leverage most, if not all, of the tools on this list in some form or fashion. Sophisticated pen testers react to the systems they encounter with the right mix of tools.

Penetration testing is best left to experienced professionals who understand the various tools, technologies, and techniques because there are inherent risks associated with the test themselves. For example, whether performed manually or via some automated system, pen tests can “gunk up” a network, slowing it down and turning computers into sluggish nodes, or, worse yet, even causing systems to crash, which could have harmful effects on the business. If your company has trained and certified security professionals skilled in the art and science of pen testing, then it’s fine to proceed with the requisite caution.

If, however, your internal staff does not have the chops to perform the tests and lacks the experience, it’s wise to consider outside third parties who are better equipped to avoid potential negative business/system impact. They will likely have seen far more diverse scenarios of vulnerabilities which will be of benefit to your company.

Below are some questions you should ask of those third-party penetration testers you’re considering hiring:

Penetration testing should become, if it’s not already, a regular occurrence in most enterprises. To stay ahead of the bad actors who seek to cause damage, it’s vital that testing not be sporadic but rather almost constant as each change in a system, application or database can have ripple effects through which vulnerabilities can be easily exploited.