As you can imagine, people tend to get a little nervous around the topic of Mergers & Acquisitions, especially employees and stockholders. Find out how NXP Semiconductors partnered with Kollective to cultivate trust, value, and success through global enterprise video. 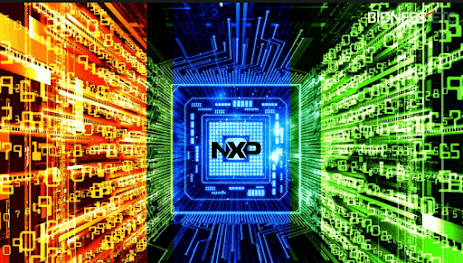 In this case study we’ll explain how NXP semiconductors was able to navigate these common problems in large companies:

During a corporate cultural transition such as an acquisition, centralizing employee communication and engaging employees becomes priority number one. Video can be the most compelling and efficient communication medium in times of transition.

In December 2015, NXP closed a deal to buy Freescale Semiconductor, making NXP the fifth largest non-memory semiconductor supplier in the world. By leveraging video communication enabled by Kollective, NXP was able to facilitate a seamless culture shift for its new 30,000-strong global workforce, getting them on board with the new corporate strategy and direction to ensure continued business success.

We knew as soon as we met the Kollective team that they were the partner for us. They stood head and shoulders above the competition in terms of their professionalism, understanding our technical challenges and friendliness. Kollective immediately gave us confidence in their ability to help us. — Zohab Qazi, IT Collaboration Services Manager

Studies show that many M&As fail to meet expectations; as many as 65 percent of deals destroy shareholder value in the process, often due to cultural conflict and poor communication. NXP was acutely aware of this as they approached the acquisition of Freescale Semiconductors. While M&A activity is exciting for the board and those in the know, it is often a time of deep fear and uncertainty among employees; with many questions around the implications of the deal such as job security, leadership, future roadmap and direction.

Effective internal communications would be key in ensuring a smooth transition and positive acceptance across all employees at NXP. Relying on an impersonal, open to interpretation and possibly not read email wasn’t going to be sufficient. In-person communications with each of the 30,000 employees across 35 countries was not possible – the company knew that enterprise-wide video could deliver the benefits of face-to-face communication.

NXP’s IT, Marketing and Corporate Communications teams were united on the importance of video for the business. Not only is video consumption a rapidly growing consumer trend but being early to harness this medium in a business context could be a competitive differentiator in building a cohesive culture for the business. The communications team was excited about the potential to work closely with executives to build a lasting first impression for the new face of NXP, while cultivating trust, value and success for the business. But from an IT perspective, delivering seamless video communications globally wasn’t without its challenges.

Before the acquisition, Freescale Semiconductor had already been using its own on-premise hardware solution for video distribution. This required 86 global servers, separate encoders, and extensive testing and resources prior to each broadcast. With limited bandwidth capabilities across the organization, the resulting live streams suffered from regular outages, low quality video and a string of technical support issues.

Despite the technical challenges, video had proven to be a valuable communication method for Freescale. Executives and employees alike were extremely positive about the benefits of sharing information in an engaging manner to help foster a united team, even among remote employees. NXP knew that using live video as a communications tool was necessary, but they did not want to be hindered by Freescale’s outdated and cost-prohibitive system. Instead of investing in the physical infrastructure required by the incumbent hardware-based solution, NXP decided to take advantage of the functionality within Skype Meeting Broadcast and Office365 to facilitate effective management broadcasts and collaborative video calls.

While developing the Skype-based solution, Microsoft introduced NXP to the possibility of software-defined networking. By leveraging a peer-to-peer network to distribute video en masse, NXP would not need to overhaul the company’s existing infrastructure.

By distributing video content to multiple machines and then allowing those machines to share the content amongst themselves, Kollective’s sophisticated peer-topeer solution exponentially decreases the bandwidth load on NXP’s network. The greater the number of peers across their complex distributed enterprise meant more efficient content delivery

People don’t like to read the long emails”, commented Qazi, “but when you see the executives facial expressions and body language coming through video with all those important messages, we get higher visibility and the message goes a longer way throughout the company.

By adopting Kollective’s software-defined networking approach to video distribution, NXP can deliver video communications globally at the touch of a button and at a tenth of the cost that Freescale was previously able to.

NXP now runs 15 executive events a year streamed in HD quality to 3,000 – 5,000 employees using the Kollective Platform. The executive briefings for each business unit focus on communicating quarterly successes; a transparent discussion about what went well and what didn’t and goals for each unit for the next quarter. In some cases, these updates are run simply from the laptops of the executives, while in others they involve full event production, including staging and lighting.

I used to dread video broadcasts, but Kollective has made life so much easier. It’s literally ‘click the button’ activation, with virtually no upkeep. And due to being software-based is at least 80 percent cheaper than our on-premise solution in infrastructure alone.

These executive videos are supplemented by a quarterly update from the company’s CEO, providing employees regardless of where they work and which devices they use with direct communication about the company performance and insight into the future. “These quarterly updates have been an important part of cementing employee commitment and uniting the team for business growth,” states Zohab Qazi, IT Collaboration Services Manager at NXP Semiconductor.

And whereas previously every live stream on the hardware platform would be plagued with technical issues and user tickets complaining about quality and glitches, the broadcast process with Kollective is seamless and hassle-free for the tech team and end users.

NXP broadcasts have been so successful that more and more executives are asking to communicate with their teams via live video, and the organization is exploring new ways to use video conferencing. Now that the Kollective Platform is in place, NXP plans to distribute additional content at rapid speeds, with the potential to install new software, patches and updates throughout the organization using the same smart peering technology.