Nvidia announced starting from this week, beta users of GeForce NOM cloud-based hardware game-streaming service will be able to install and run on Windows PCs. 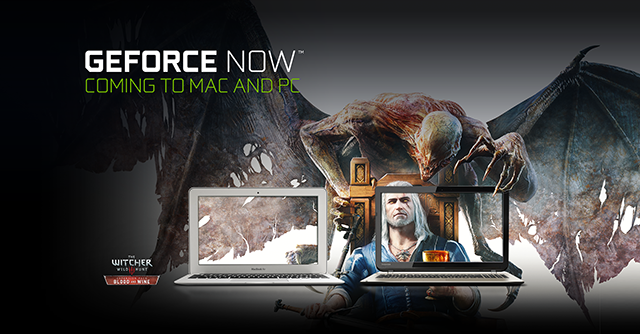 With GeForce NOM, games are run on virtual machine then streamed to your device. Any titles played through the service must be owned by the end user on compatible digital stores, including Valve’s Steam, Ubisoft Uplay and Blizzard Battle.net. All patches are automatically installed, and cloud saves are enabled by default.


All patching, game configuring and driver updating is handled automatically by the GeForce Now infrastructure, and games take just 30 seconds to install,
And in addition, save games, achievements and other settings are automatically synchronized with digital game platforms, enabling you to instantly pick up from where you left off.

GeForce NOM is free during the public beta period offers a limit of four hours per gaming session. GeForce NOM is available in the majority of North American and European markets. At CES 2017, Nvidia said that GeForce Now will cost $25 for 20 hours on a virtual PC with GeForce GTX 1060-class graphics, or 10 hours of GTX 1080-level performance.

Ubisoft is excited that gamers playing acclaimed franchises such as Tom Clancy’s Rainbow Six Siege on Uplay PC can now enjoy outstanding play experiences on PCs and Macs thanks to NVIDIA’s futuristic GeForce NOW service, without needing a high-end PC,
NVIDIA is powering a high-quality experience that now streams a selection of Ubisoft’s top franchises.

Behind the scenes showing off GeForce NOW at CES. What’s that? It’s GeForce NOW running on a $400 PC. #CES2018 #GeForceNOW #PCGaming pic.twitter.com/0in1ivkBct

How to use GeForce NOW on PC or Mac:

Here’s how you can install and use GeForce Now on PC or Mac to play the latest AAA-rated games:

Step 1: Sign up for access to the GeForce Now beta and await the arrival of your code.

Step 4: Test your network to make sure it’s fast enough for game streaming. Do this by clicking your account in the top-right corner and selecting “Test my network”.

Step 5: In the app, browse the list of supported games in the “Games” section – you can also search for a game if you’re looking for something in particular. Remember, you have to own the game on the associated platform (Steam, Uplay, etc) to gain access.

Step 6: Click on a game to install it on your virtual PC. You’ll also be prompted to log in with the digital store account associated with the game to confirm ownership. Once confirmed, you’ll be able to access the game quickly through the My Library tab next time.