Niantic partnership with John S. And James L. Knight Foundation* to launch outdoor Pokémon GO events in cities around U.S for players to explore specific routes and areas within cities that will feature gyms or Pokéstops and also highlight local historical sights and features. Rarer Pokémon also will be easier to find during these events.

The first promotion will kick off Saturday in Charlotte, North Carolina, as part of the city’s Open Streets 704 event. This event will include 16 PokeStops and two gyms along the 2.5 mile route from 1 PM to 5 PM Eastern Time. 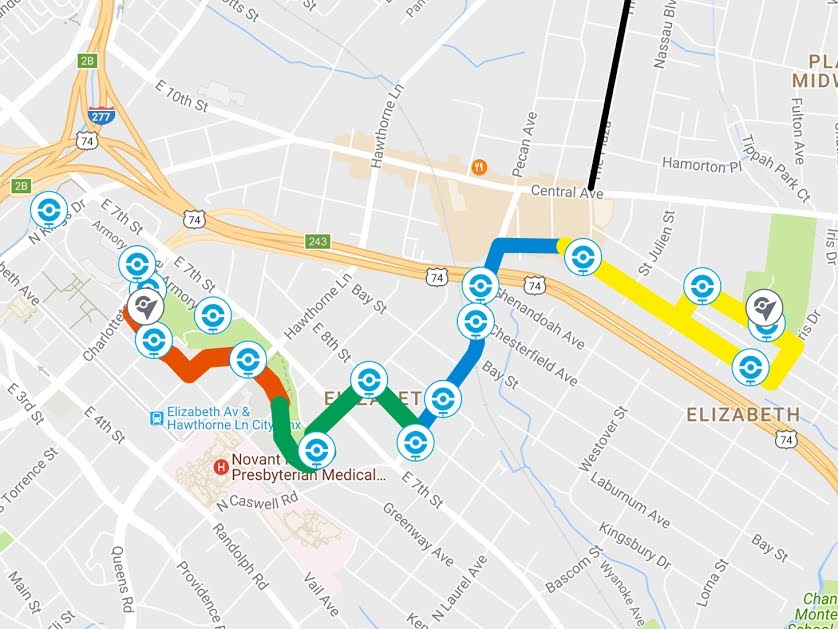 These [events will] temporarily close off car traffic so people can use streets for walking, bicycling, dancing, playing and socializing. The initiative will also tap unique facets of a city’s public spaces such as parks and libraries to bring together people of diverse backgrounds and build a sense of shared community. Over the next year, Niantic will collaborate with civic leaders in several cities where Knight Foundation supports community engagement. The initiative will work to enhance these events featuring special content within their augmented reality mobile games, Ingress and Pokémon Go.

Pokemon Go’s next big move is in Charlotte at @OpenStreets704 May 7th! #DreamTeam @knightfdn & @NianticLabs https://t.co/1zAjb92pA6

* Knight Foundation, a foundation that invests in local journalism and local arts to help bring communities together and promote civic engagement through the use of Augmented Reality.