The numbers don’t lie. By 2023, there will be 4.3 billion active email users, and for every $1 you spend on EDMs, you can expect an average return of $42. Big brands are still running successful email campaigns too — the focus isn’t solely on search and social. In the last couple of years, Uber, Buzzfeed, Dropbox and RedBubble have led the way with innovative email campaigns.

Experts agree that in order to build an effective email marketing strategy and have your emails be seen, you have to adhere to these three pillars:

While these are campaigns involving strategic planning, we realise some businesses just want to know what day to send an email. Well, according to the latest studies: Tuesday, Thursday and Wednesday (in this order). The best time to send email is 10 am, 8 pm, 2 pm and 6 am. 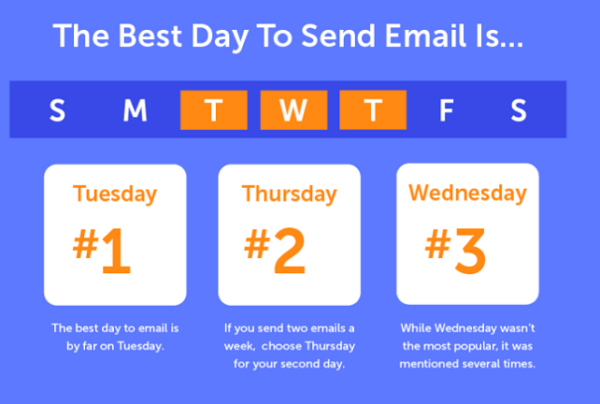 The best day to send email is: Tuesday, Thursday and Wednesday 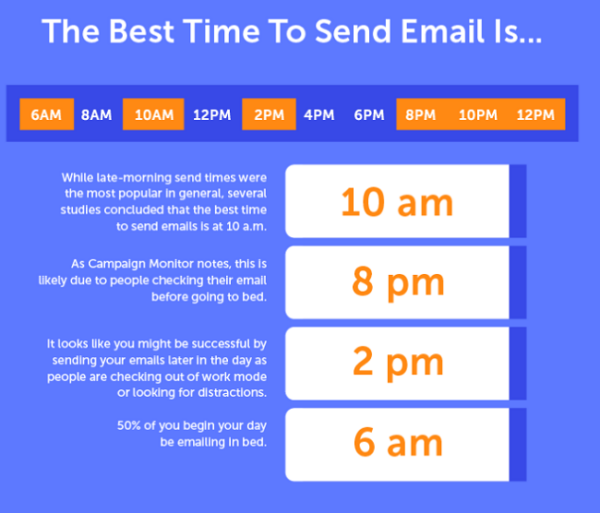 The pandemic has meant more consumers are at home and reliant on digital for services for shopping, entertainment and socialising. More accounts are being created. This change in behaviour has seen a rise in stolen credentials for sale on the dark web. Even non-commercial entities like the World Health Organisation and Gates Foundation have been targeted. If you’re going to reach out to customers regularly via their inbox, you need to ensure their privacy is maintained.

How persuasive is social media?

Last week, Facebook announced that it will not accept any new political ads in the week before the US election on November 3. It’s an attempt to avoid a repeat of the manipulation that occurred on the platform during the last election from suspected Russian trolls — or any group issuing misleading political statements. Along with Twitter, Facebook has also been deleting Russian-based accounts posing as legitimate or independent news sites.

The big social media players are taking these actions because their influence is considered real. Social media is considered ubiquitous, time-consuming and habit forming. Many studies have also shown social platforms are a major part of political, social, commerce, work, and training discourses. Basically, in all parts of life, social media plays an increasing role and it’s becoming more difficult to take yourself out of the echo chamber created in these spaces.

While there was a lot of staged drama when big tech faced off against Congress at the end of July, the subpoenaed emails and texts showed the fine line. Is Facebook taking part in anti-competitive practices by buying rivals or cloning features, for instance? An email by Mark Zuckerberg claimed: “Instagram can hurt us.” Is Facebook avoiding competition and are consumers left with any real choice? Big tech is always vulnerable to the next new thing, like TikTok. To my mind, this protects consumers. As long as they can vote with their feet quickly and decisively.

Skateboarder Tony Hawk is 52 years old, but you’d never guess it watching him shred on a recreation of the warehouse level in the iconic Pro Skater game. Vans went behind the scene to capture what it took to be able to allow Tony to shred the physical re-creation of this virtual industrial paradise.

Samsung has found a way to repurpose its eco-friendly packaging with a design competition where finalists created endangered animals from old product boxes. #DezeenxSamsungOutoftheBoxCompetition #Dezeen #Samsung

Nestlé is also pushing an eco-friendly message with a plan to make all its packaging recyclable or reusable by 2025. #SustainablePackaging #Nestlé

Mailchimp’s Anthem animation focuses on the platform’s customers and their passion, creativity and innovation.

Mailchimp “Anthem” from Antfood on Vimeo.

According to this animated Ukrainian video, Puma is set to be the shoe of the future. Reminds me of William Gibson’s Neuromancer.

Telepass Pay showcases the ease and futuristic feel of mobile payments with this fluid animation.

Telepass Pay from Rocketpanda on Vimeo.

The newsletter economy. Experts have been predicting the death of email marketing for years, but the medium is still going strong. While the basics of newsletters, or EDMs, hasn’t changed, there have been changes in the monetisation. Substack is a platform allowing writers to build a paid subscriber base, becoming newsletter entrepreneurs. Around 100,000 subscribers are currently paying for a newsletter and the authors are making a living from writing. Some are even partnering with other writers and offering newsletter bundles.

Providing niche content. Substack is providing a channel for niche, local and alternative content. The platform’s history of the newsletter shows it is aware of the value of this type of content. While it is dwarfed by social media giants like Facebook it can still compete. With a move to private messaging, many newsletter entrepreneurs are enjoying social network styled conversations from their inbox.

An animation for Taiwan National Treasure Exhibition brings alive the idea of time as a river.

Carrier of Time from Children Chiu on Vimeo.

The reach of big tech. In what is believed to be a test case for the rest of the world, Australia is taking on tech giants Google and Facebook. The proposed mandatory code of conduct will require both platforms to pay traditional news media when they publish their content. Neither tech business is too happy about the royalty-styled payment system with Facebook threatening to simply block Australians from sharing locally produced news on its platform (including Instagram).

Big tech and news. According to a study last year by News Alliance Media, Google made an estimated US$4.7 billion in revenue from news publisher’s content. In the US, more Americans now get their news from social media than traditional sources. If big tech is taking most of the revenue and is also the platform where people find news, what is the service like? According to Pew Research, if you rely on social media for news gathering, you’re generally less informed. This probably means big tech makes news delivery easier. They give readers what they like, regardless of quality, on a single platform. If the news is removed, will this create a weaker product?

Big tech and politics. It’s not just traditional news that Silicon Valley is infiltrating. The stocks of Apple, Amazon, Alphabet, Microsoft and Facebook are the reason the stock market is rallying during a global pandemic. This growth has given them access to big defence contracts, something you might not expect from a progressive tech company. As China’s tech business has grown dramatically, Silicon Valley has followed the Trump Administration with their own tech nationalism. These tensions are sure to intensify so maybe it’s time consumers looked beyond the big tech products?

Muji celebrating cleaning during lockdown with a 504-page photobook and series of videos on the subject.

When Ford released the new electric Ford Mustang Mach-E, it created propulsion noises because electric cars are silent. It then asked electronic musician Matthew Dear to remix the car sounds because… why not? #Ford #Mustang #MustangMachE