Updated November 15, 2022: We have updated the content below with additional information. Thank you for your patience.

New built-in report buttons will be added to Outlook on the web (OWA) starting the end of November 2022. Admins can control the appearance and behavior of these buttons that allow users to report emails as phishing/ junk / not junk from the User Reported setting page in the Microsoft 365 Defender portal (security.microsoft.com). Admins can also customize where messages get reported to (custom mailbox, Microsoft, or both) and what the user sees when they report a message from these buttons.

Information to keep in mind:

This message is associated with Microsoft 365 Roadmap ID 101515.

Description: The appearance and behavior of report phishing/junk actions in Outlook on the web can be controlled by admins using User Reported Settings in security.microsoft.com. Admins will be able to control whether the built-in Report actions appear in Outlook on the web, where these messages get reported to, and whether the user is prompted as they report phishing and junk. 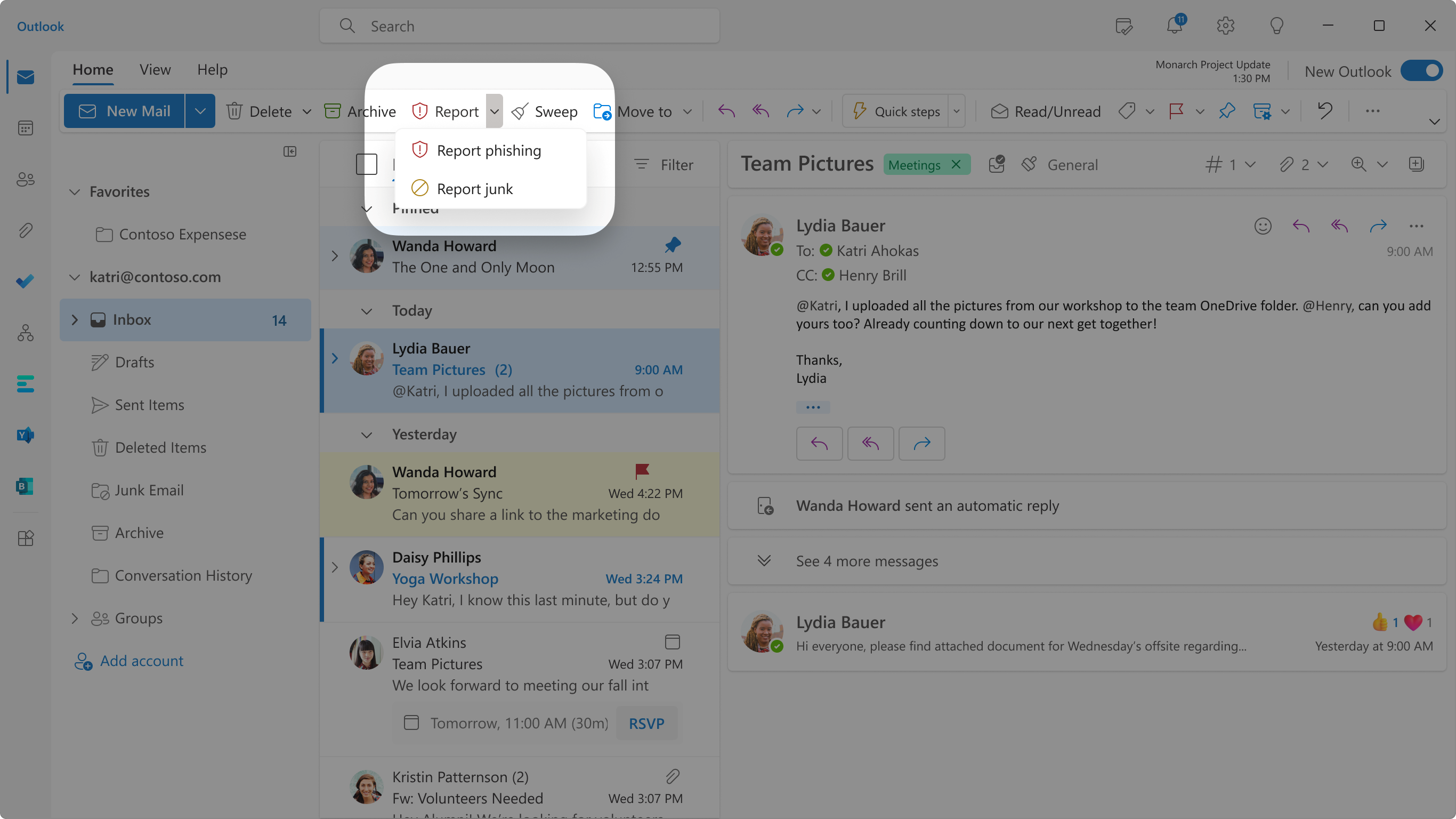 We will begin rolling out the change for Outlook for the web by the late November 2022 with the goal of having it completed late December 2022.

If you are using Microsoft reporting add-ins in Outlook for web, your users will see two reporting surfaces – one from the built-in Outlook buttons (added by this change) and one from the add-in. Both options will behave the same for the users (except for the customized pop-ups) and the reported messages will end up in the same place, causing minimal disruption.

No changes are required from your end as your current settings in the user reported settings page will not be changed.

If you have any feedback, please provide it from this Message center post using the text box after you do thumbs up or thumbs down as it will directly reach the responsible team