This Breakout Rooms for Channel Meetings feature enables meeting organizers to efficiently pre-assign channel members to Breakout Rooms (both auto and manual) ahead of a channel meeting start.

Please note, that Meetings with Breakout Rooms are limited to 300 participants. If the channel contains more than 300 members, pre-assignment will not be available. Meeting organizers will have the ability to assign participants to Breakout Rooms during the meeting.

This message is associated with Microsoft 365 Roadmap ID 96350. 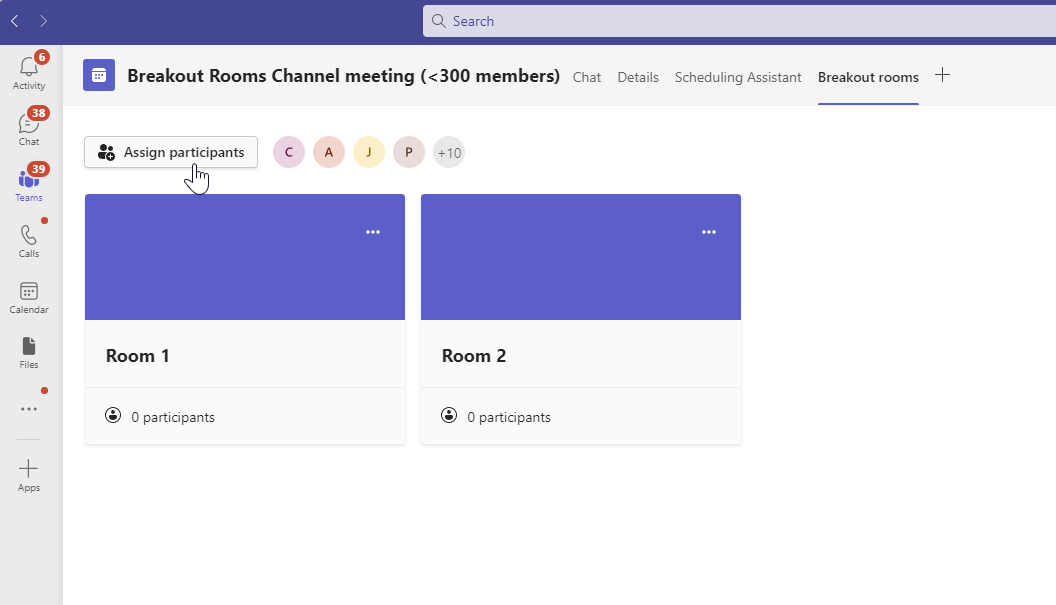 Preview: We will begin rolling out early August and expect to complete by mid August

Standard Release: We will begin rolling out mid-August and expect to complete by late August.

There is no action needed to prepare for this change. You may want to notify your users about this change and update any relevant documentation as appropriate