Updated May 24, 2022: We have updated the rollout timeline below. Thank you for your patience.

Updated April 21, 2022: We have updated the rollout timeline below. Thank you for your patience.

We are enhancing the URL protection report by including new click actions to the reporting. This message is associated with Microsoft 365 Roadmap ID 88880.

We’re making some updates to the URL protection report to make the report easier to use and give admins more insight. The action view will be updated to include four new action types, including Admin allowed, Admin block, pending scan, and Admin blocked with clickthrough. We’re also consolidating the application view to classify all Office apps (Word, PowerPoint, Excel, OneNote, Visio) as Office rather than individual products.

When will this happen

Previously in the application view of the URL protection we had the following categories: 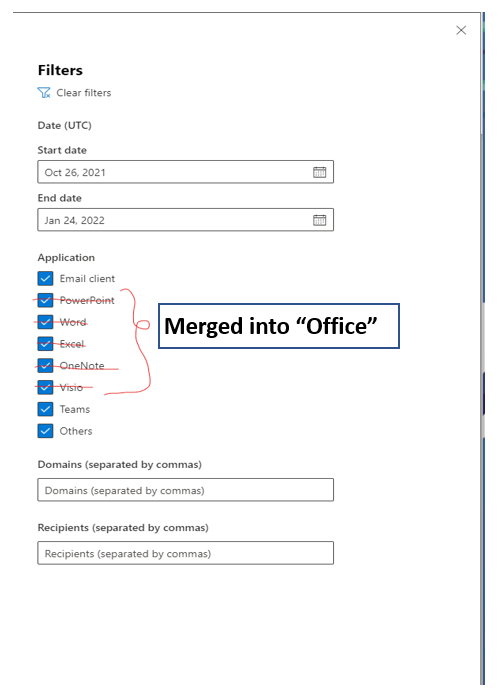 With these new updates, we will be merging the PowerPoint, Word, Excel, OneNote, and Visio categories into one consolidated view and call it “Office”

To prepare for these changes please updates your reporting documents and Cmdlets (Get-SafeLinksAggregateReport and Get-SafeLinksDetailReport).