Updated May 13, 2022: We have updated the rollout timeline below. Thank you for your patience.

Updated March 17, 2022: Microsoft have updated the rollout timeline below. Thank you for your patience.

This feature allows you to have threaded conversations on a video or audio filed saved in OneDrive for Business or SharePoint Online through a cohesive and familiar commenting experienced like the one used in Word, Excel, and PowerPoint. This message is associated with Microsoft 365 Roadmap ID 88521.

This feature builds on top of the already existing comments found in OneDrive and SharePoint Online but presents these comments with a new Office look and feel within the player. This feature allows users with view permissions to leave a comment and users with edit permissions to @ mention, which are both default changes in behavior in terms of permissions for video and audio files.

We expect this to begin rolling out to GCC, GCC-High and DoD in early April (previously early March) and we expect that rollout to be complete by late June (previously mid-April).

Users will see a Comments button in the upper right-hand corner of any video or audio file stored in OneDrive for Business or SharePoint Online. 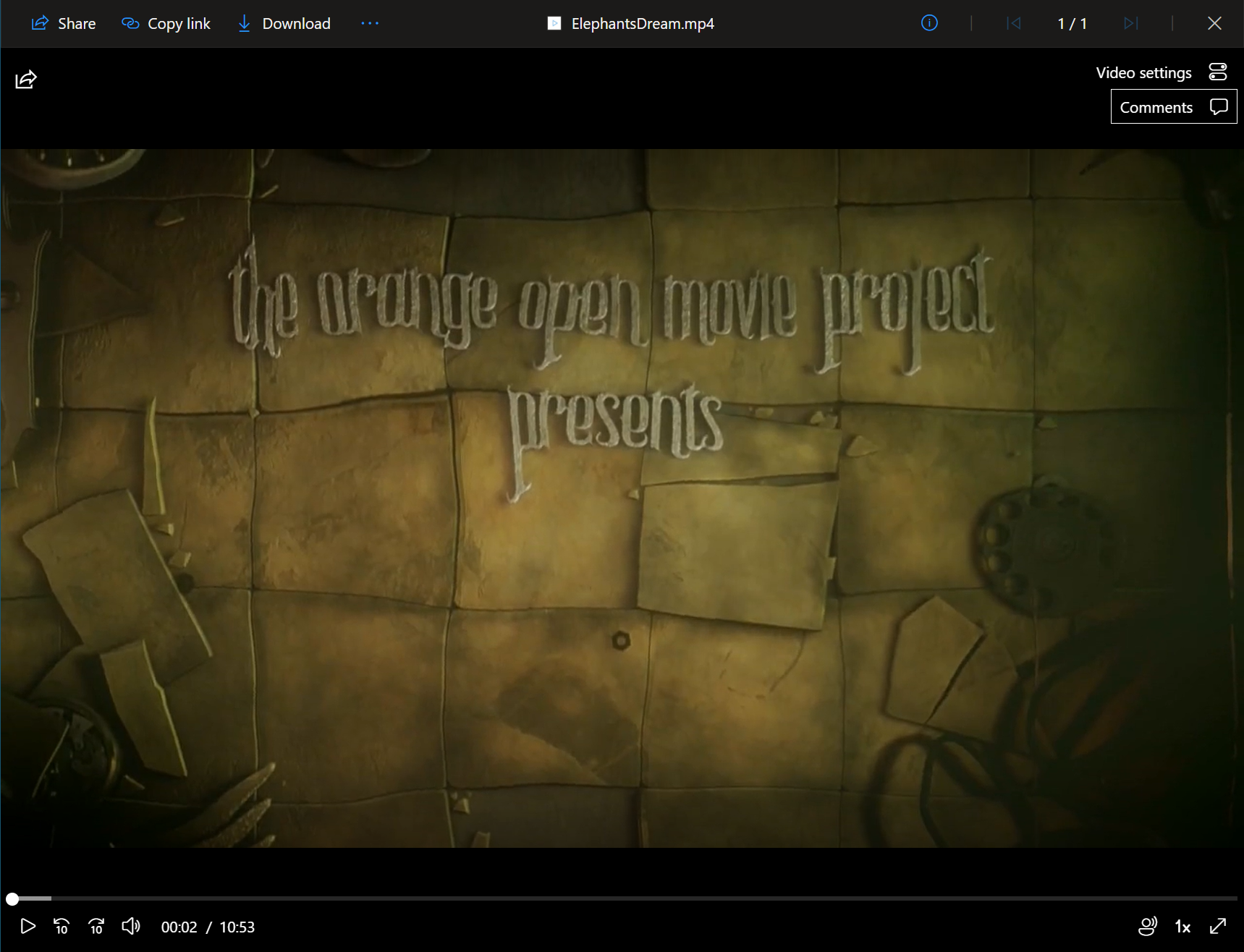 Selecting this button expands a panel where users will be able to have threaded conversations through comments, for which file owners have full edit permissions over. 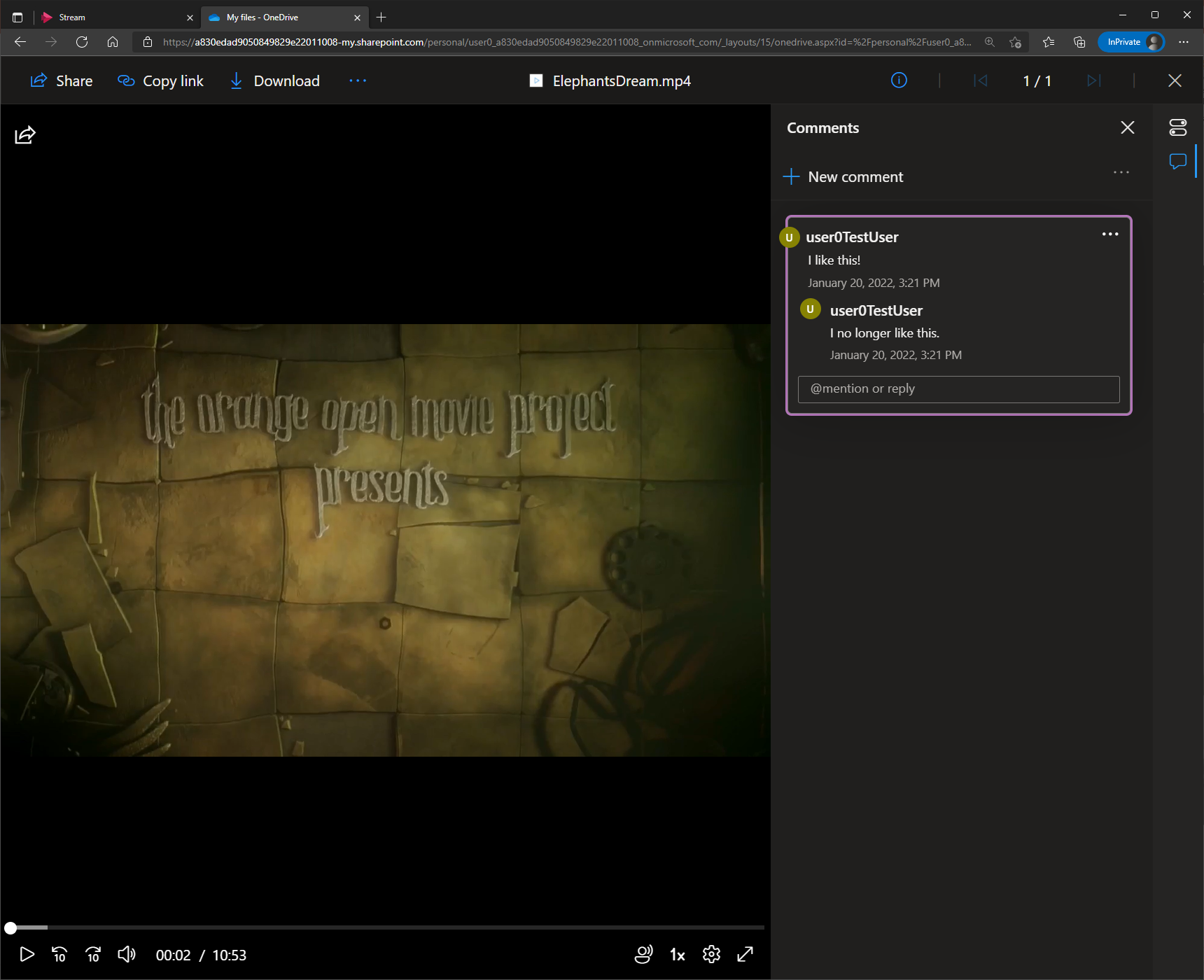 NOTE: The backend used for this feature is the same as the existing backend for comments found in the details pane of some files saved in OneDrive for Business and SharePoint Online:

You might want to notify your users so that they can leverage this feature. This feature can be disabled by editors and owners in a per-file basis through the Video Settings button above Comments depicted in the first image.

There is also an existing tenant level setting to disable comments altogether (see “CommentsOnFilesDisabled”). Due to the shared backend, this setting will disable both commenting features. Viewers without edit access have been given permission to add comments on both commenting options in video and audio files as they are usually meant to be consumed by viewers without edit access. However, we provide a SharePoint Online PowerShell command to change the behavior so that only viewers with edit access can comment: “ViewersCanCommentOnMediaDisabled”. This is being added to the same documentation linked above.