Updated April 12, 2022: Microsoft have updated the rollout timeline below. Thank you for your patience.

A preview of OneDrive sync that runs natively on Apple silicon is coming to devices in the Current Channel (Preview).

If you are not interested in the preview of OneDrive sync that runs natively on Apple silicon, you can safely disregard this message. This message is associated with Microsoft 365 Roadmap ID 82035.

We will be updating OneDrive for Mac to be a universal app that will run natively on Macs with M1.

All functionality is the same as it is in the 32-bit and 64-bit installations. 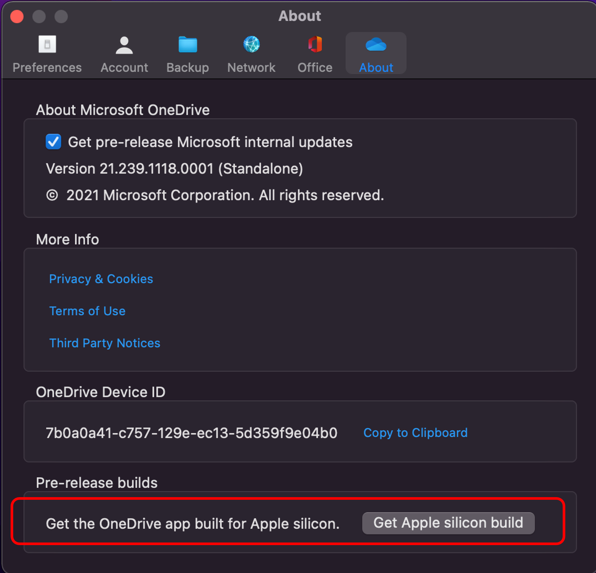 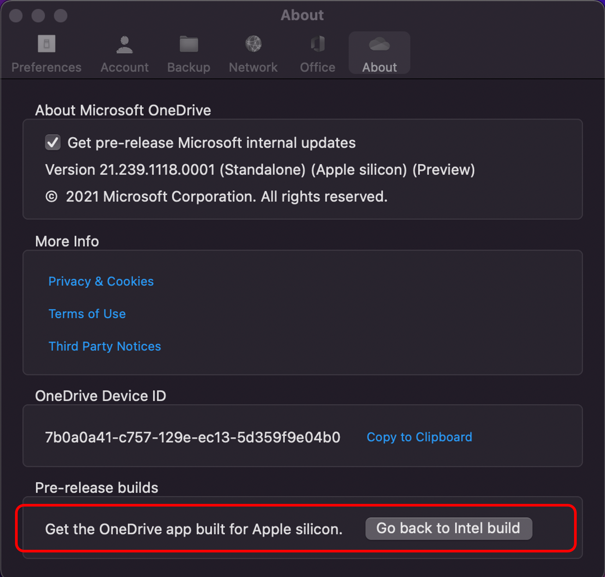 You might want to notify users that the ARM install is available as a preview, update your user training, and prepare your help desk.