Teams Admins will soon be able to purchase third-party app subscriptions worldwide directly in Teams Admin Center through the “Plans and pricing” feature. Payment methods include invoice billing and credit card purchases. Private plans will be available for purchase with privately-negotiated rates between ISVs and your organization. This message is associated with Microsoft 365 Roadmap ID 83144.

We expect these new features to begin rolling out in early October and for rollout to be completed by late October.

Admins will soon be able to conveniently purchase third party apps directly in Teams Admin Center worldwide. A new payment method of invoice billing will also be enabled. Finally, for those ISVs with whom your organization may have negotiated a discounted rate, private plans will be offered during the purchase flow of those apps.

Previously, Plans and pricing could only be viewed in the United States. Teams admins were redirected to AppSource to purchase apps for their organization, where only credit card purchases were supported. 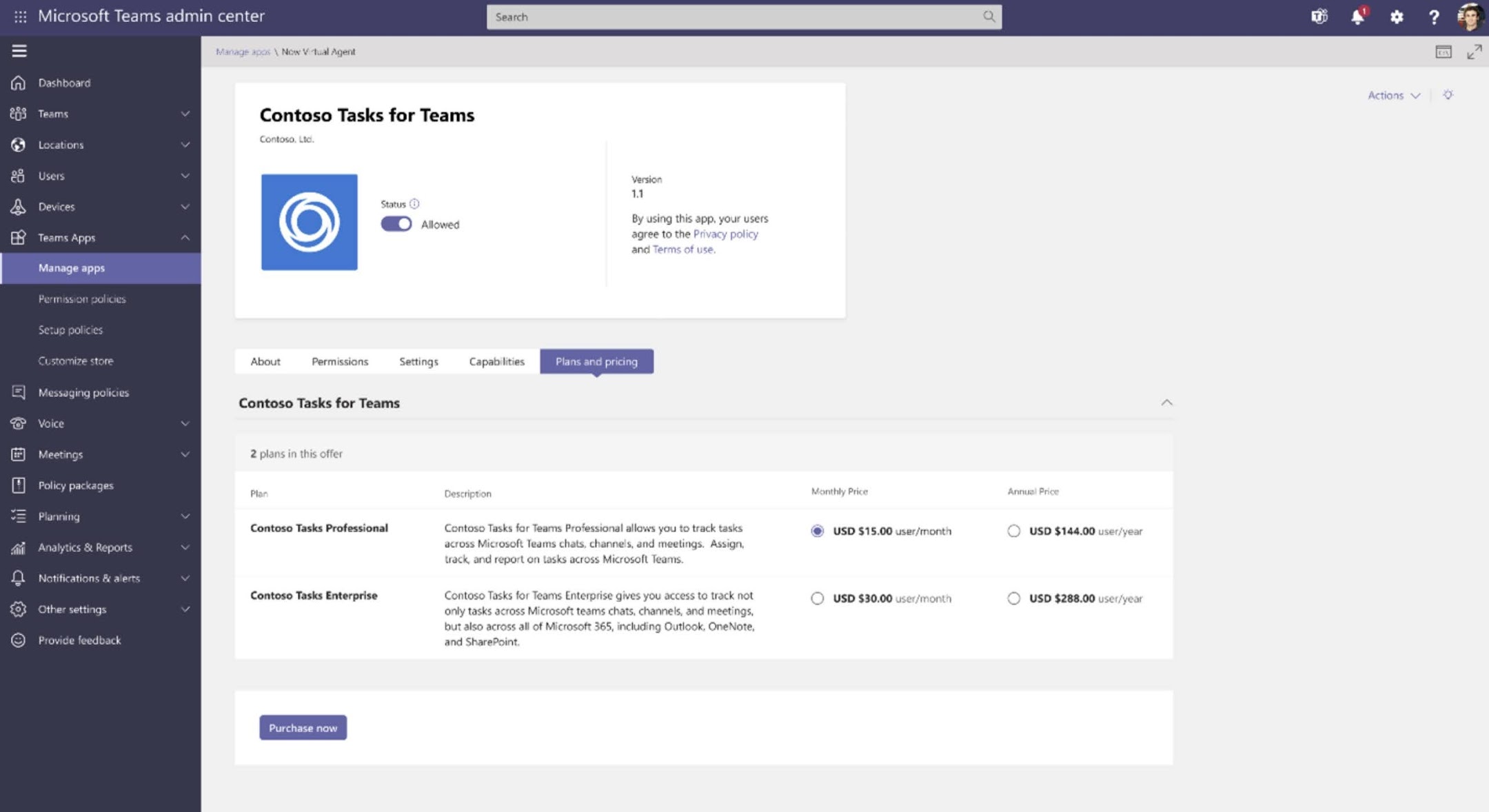 You might want to notify your admins about this new capability and update your training and documentation as appropriate.