Extend the management of Breakout Rooms to specific presenters.

Organizers who will configure and manage Breakout Rooms on a Teams desktop client will have access to appoint Presenters as Breakout Room managers. Currently, only users who are named presenters from the same tenant are supported to become Breakout rooms managers. 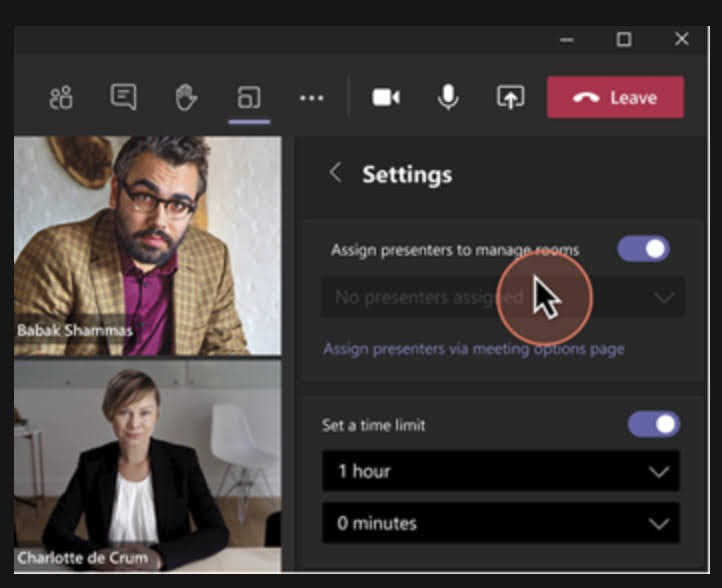 Breakout rooms managers will have to take control to manage rooms. (Only one manager can manage rooms at the same time). 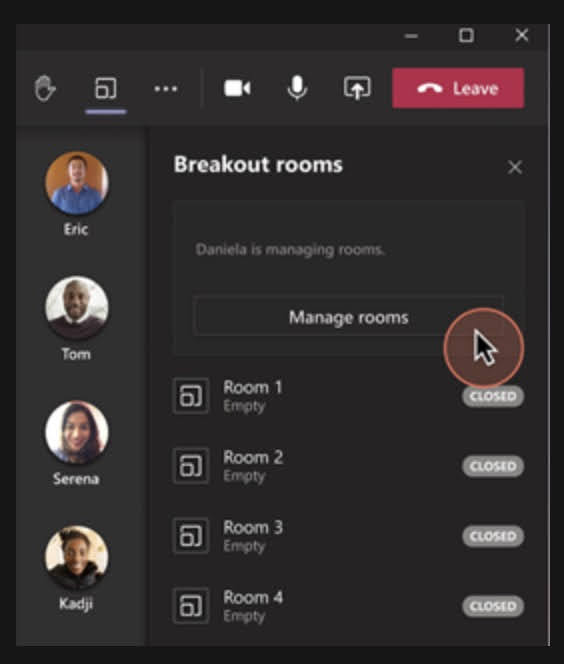 When rooms are started, all Breakout room managers (also those not in control) can join opened Breakout Rooms by clicking on the menu next to each room and selecting Join room.