For Teams meeting recordings saved to OneDrive & SharePoint you’ll now be able to change the playback speed (0.5x – 2x) while watching the video. 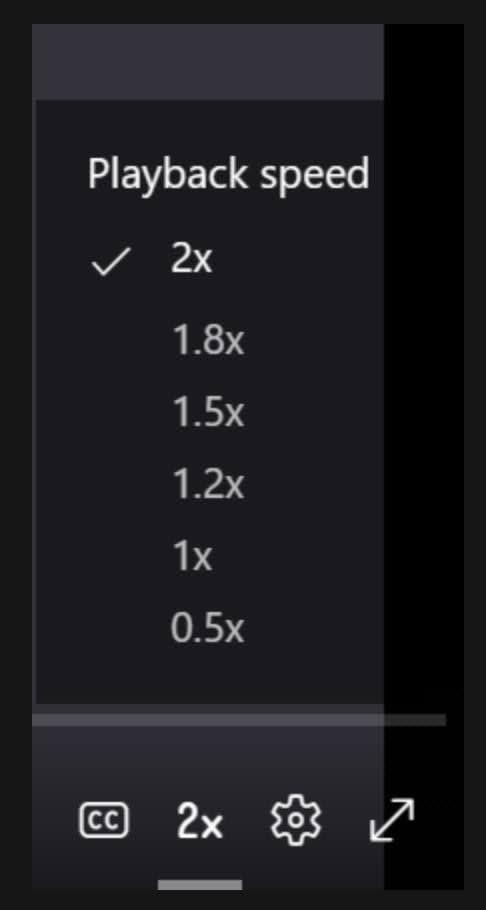 Users will see an icon in the bottom right corner of Teams meeting recordings that opens the Playback speed menu. This menu contains options for slower speed (0.5x), normal speed (1x), and faster speed (1.2x, 1.5x, 1.8x, and 2.0x). The setting that a user chooses will persist for the duration of their browser session; they can change it at any time using the Playback speed menu.

You might want to notify users that consume Teams meeting recordings saved to OneDrive and SharePoint, update your user training, and prepare your help desk.