This new feature release will bring the PowerPoint Live in Teams entry point into PowerPoint for Windows. Clicking the Present in Teams button in PowerPoint will be the only step you need to take to present the deck in your Teams meeting. This message is associated with Microsoft 365 Roadmap ID 80599.

Present your slides directly from PowerPoint for Windows into a Teams meeting via PowerPoint Live in Teams. 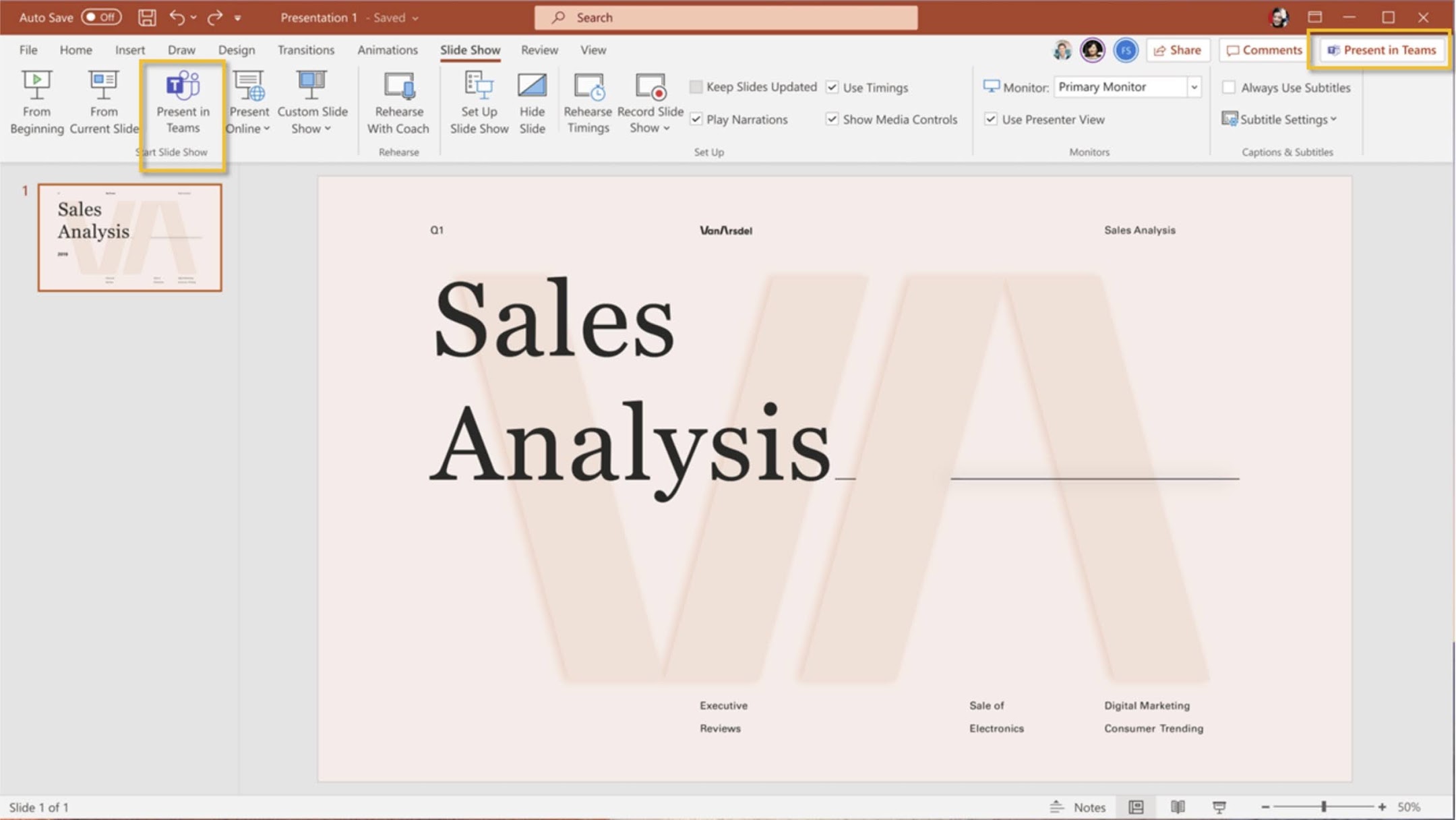 We will begin rolling this out to Standard release in mid-May and expect to complete the roll-out at the end of July (previously late June).

Users can click the Present in Teams button in PowerPoint for Windows to present their slides into an ongoing Teams meeting in the PowerPoint Live mode.

There are two entry points users can choose from, one in the top right corner and the other under the Slide Show tab.