A fundamental realignment of data center infrastructure is underway from the core to the edge. But what does that mean in practical terms? Ubiquity, speed and power will be critical according to Vertiv and EdgeConneX. 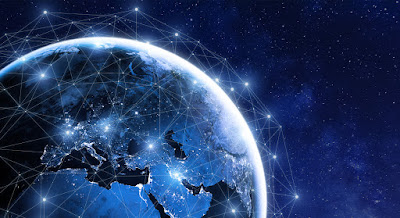 It’s no secret that the number and types of Internet-connected devices are undergoing a seismic shift.

The expectation is that data from billions of newly-connected Internet of Things (IoT) devices – from mobile handsets to industrial equipment – will drive a major change in Internet architecture: from the core to the edge.

According to a 2018 451 Research survey, of more than 700 data center operators, 73 percent of respondents expect that up to 75 percent of data center/cloud capacity will be used to support IoT initiatives by the end of 2020.

The need to effectively remake the Internet for a new era of connected devices and associated two-way data traffic will create challenges and opportunities for data center operators (including colocation providers) and technology suppliers alike.

Two organizations that are deeply immersed in helping to deliver that architectural change are EdgeConneX and Vertiv.

Vertiv, a specialist in critical infrastructure, and EdgeConneX, a pioneer in defining and building the edge of the network, have partnered on dozens of projects across three continents (North America, South America and Europe) since 2014.

Those projects include supporting hyperscale cloud deployments in Chicago, Dublin and Amsterdam, to multiple network edge sites extending east to west from Miami to Seattle, and from north to south from Toronto to Buenos Aires.

Vertiv and EdgeConneX also have invested significant time, effort and resources into understanding what future data center demand will look like – especially at the edge. For example, Vertiv recently released an in-depth report on the future of the data center industry. Data Center 2025: Closer to the Edge included results from a global survey of more than 800 data center professionals. According to the report, 20 percent of survey respondents predicted a 400 percent increase in the number of edge sites by 2025.

Vertiv and EdgeConneX recently brought their unique perspectives together. Matt Weil, director of offering management for Vertiv, joined Philip Marangella, chief marketing officer for EdgeConneX, for an in-depth DCD Discussion to discuss how data center infrastructure is evolving, and the practical considerations for owners and operators.

Beyond the Data Tsunami

The DCD Discussion came at the issue of future edge and data center demand from several angles, but the initial focus was on trying to understand the size of the demand and the key drivers. “A lot of people in the industry point to the volume of data generated and the volume consumed. We have referred to those sexy statistics too: The number of zettabytes per year, what that is going to be five years from now, 10 years from now, using phrases like exploding demand and tsunami of data,” said Vertiv’s Weil. “However, what I think is interesting is to start to sub-segment that and not focus on the mega-trend but think more about the use cases and the things that are driving that data.”

Weil referenced another recent research effort from Vertiv in which the company defined four key edge archetypes it believes could help the industry develop a more nuanced view of different edge scenarios and when they may materialize. “We need to think about which of these are happening now, which are happening soon and which are a little bit more down the road,” Weil said. “For example, people point to driverless cars as an edge use case, but from a mass adoption perspective it is probably at least five years off, if not more.”

There was agreement from both Weil and Marangella that supporting those new use cases and archetypes from a latency and bandwidth perspective will require Internet architecture that is ubiquitous and not just centered around major data center hubs. “I like the phrase from EdgeConneX that the ‘Internet of Everything needs the Internet of Everywhere’ – you need those points of presence to be ubiquitous,” said Weil. “And that really requires us, which is the phase we are going through now, to rearchitect how that Internet is constructed. The Internet of the last decade was not architected in the way it needs to be architected for the future.”

The need for speed

Another key issue in the Vertiv and EdgeConneX discussion was the importance speed of deployment has and will play in meeting future data center demand. Marangella explained that build time is a major competitive differentiator for EdgeConneX. “Speed is absolutely critical for us. We sell to the most demanding cloud, content and networking service providers in the world and they have extremely high expectations,” he said. “Also, consider that we don’t speculatively build, ‘Here is our site, come to us.’ We work with the customer to find the optimal location for them whether it be diverse power feed, diverse network or what have you.”

Marangella added that speed is such a critical issue for EdgeConneX because the company often competes against colocation providers that may already be established in a specific territory. “A competitor might not have the best capacity in terms of location, but the availability of that capacity is here and now,” he explained. “To solve for that we need to be very fast in our process in terms of how we select and build or convert a particular site and make it live for that customer.”

EdgeConneX may need to complete new builds in as little as six months to remain competitive, but often exceeds even that compressed timeframe. “I think our record is three and a half months where we were able to turn around a data center for a particular customer, and that is where having Vertiv as a partner comes in, where that consistent design can be replicated in new markets.”

While innovations in data center design are helping EdgeConneX and other operators to compete more effectively, there are other issues that still need to be overcome when it comes to building out future capacity. Specifically, Marangella sees power availability as a long-term issue for the whole industry.

“Power is a big mitigating factor for data centers going forward, more than the design or what is going inside the building,” he said. “The issue is especially pronounced when you look at markets like Europe where available grid power is insufficient to support the growth of data centers.”

The response from the industry needs be investment in new approaches to on-site power generation, according to Marangella. “That is where you need to get creative with some power requirements,” he said. “We did that in Dublin where we built our own natural gas power generation plant on-site to be able to augment the grid power to have adequate MW to be able to support customer requirements.”

Ultimately, it is important to understand that keeping up with change is not just about the edge or just the enterprise, and growth of the edge is not some sort of solution to a data center problem. It is a natural evolution of the network to meet changing consumer demand. And more importantly, it is one piece of an increasingly diverse network quilt that also includes enterprise, colocation and cloud data centers.

The next-gen network is both hyperscale and hyper-local, and the businesses who will succeed in this environment will work with partners who can provide end-to-end expertise and solutions. Anything less will prove insufficient in the face of the growing data tsunami.