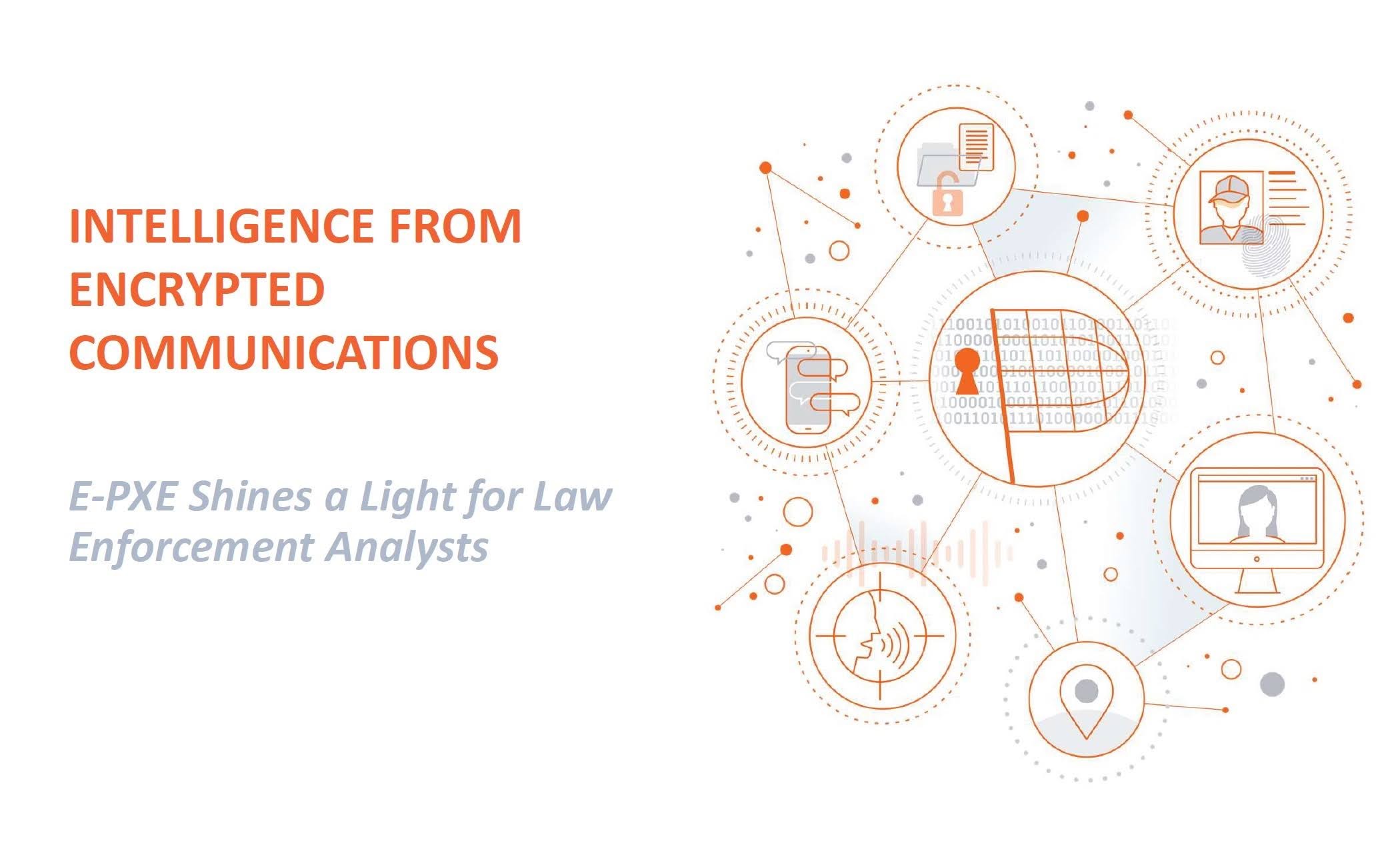 Read this article to learn how innovative lawful interception solutions even the technological playing field for investigators.

In this article, you will learn:

Encryption on the internet began in the mid-2000’s, but by the 2010’s, heightened privacy concerns led most communications service providers to introduce encryption technology across their services. The use of encryption in modern communications means lawful intelligence capabilities must adapt. This whitepaper examines the need for Deep Packet Inspection (DPI) within lawful intercept functions to respond to internet-based communications ‘going dark’.

E-PXE enables the generation of metadata – or data on other data – by analyzing a subject of interest’s communications data. Using DPI and Heuristic Analysis, it can then identify the application being used, the type of communication (e.g. text, voice, video), and the devices and IP addresses related to each data flow.

Today, most communications services on the internet are encrypted using Transport Layer Security (TLS) 1.2, including 76% of fully qualified domains (Letsencrypt.org, 2022). This includes most platform providers, including software, hardware, and internet browsers from Apple, Google, and Microsoft.

TLS 1.3 was introduced in 2018 and offers greater security and less latency than TLS1.2, but implementation has been slower than expected. This is largely because all devices, web browsers, and applications – which means millions of interconnections – must first adopt the new protocol to ensure there are no gaps in the encryption.

While this approach adds greater consumer privacy protections, it has the disadvantage of hiding the communications of legitimate surveillance targets from traditional lawful interception techniques.

SS8 has over 20 years of experience using Deep Packet Inspection (DPI) technology to maximize the intelligence LEAs can extract from encrypted traffic. DPI is an advanced network traffic analysis method that goes beyond conventional packet header filtering to locate, identify, and reroute or block packets with specific data or code payloads. Our Enhanced Protocol eXtraction Engine is a highly-optimized DPI that analyzes the encrypted communications of subjects of interest and provides insights into patterns of life, such as:

SS8 leverages E-PXE throughout our end-to-end solution. A person of interest’s data is captured by our Xcipio probes, which are deployed in communications service providers’ (CSP) networks. The captured data is then ingested into our Intellego XT solution, which uses E-PXE to extract and analyze metadata from the captured data sessions. 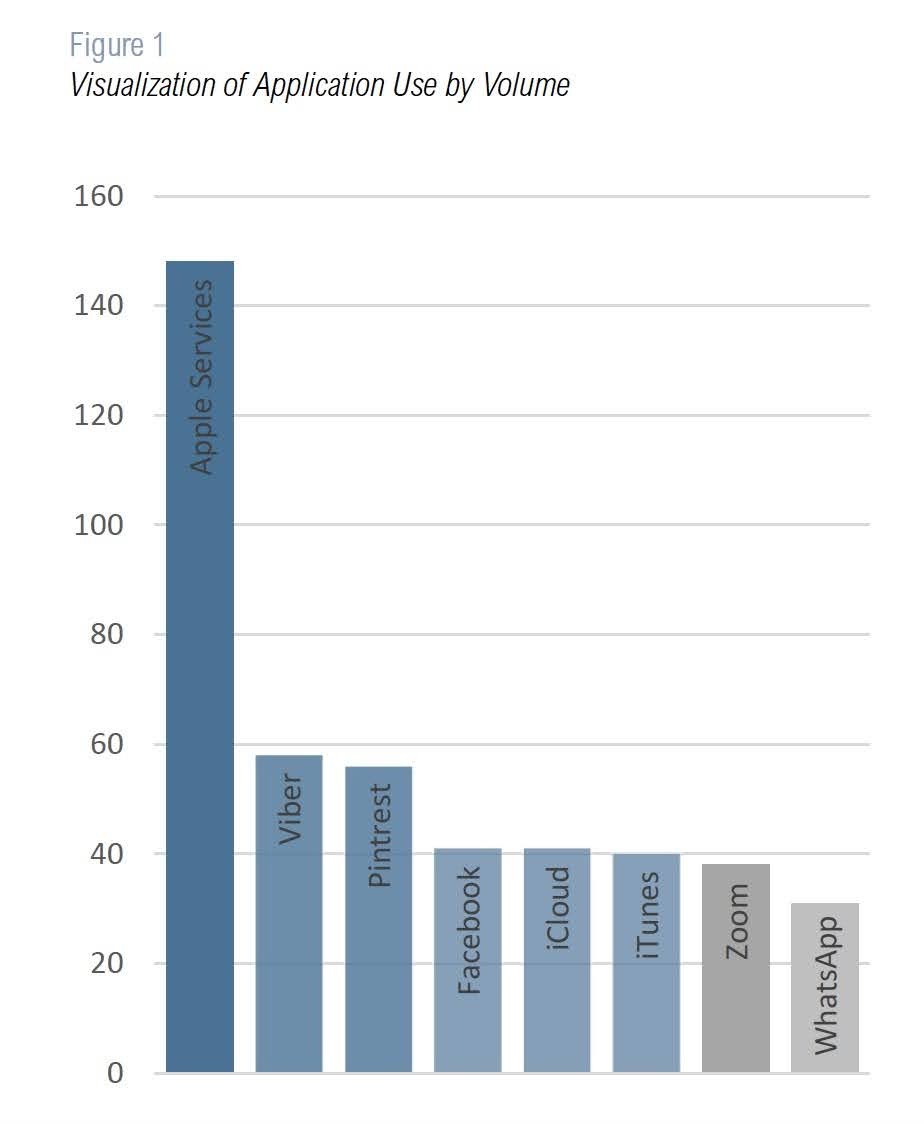 In the early days of encryption, it was possible to deterministically ascertain the communication service or application being used based on data exchanged through a Server Name Identifier (SNI) during the initiation of the secure connection (D. Eastlake 3rd, 2011). However, over time SNIs have become less precise in this regard due to practices such as co-tenancy fronting (David Fifield*, 2015).

To ensure the accuracy of these signatures, SS8 reviews communications protocols and services regularly and investigates any newly discovered signatures. These files are frequently updated and can be applied in real time without impacting an analyst’s system – much like antivirus updates on a home computer.

Using Heuristics Analysis, all communications metadata can also be timestamped to determine the start and stop times of a particular interaction, which helps investigators establish a timeline of events related to a crime.

Additionally, the IP addresses of the end points, whether a server or another personal device, can be captured.

Additionally, metadata generated by E-PXE from encrypted communications can be vital in establishing patterns of life as part of an overall criminal investigation. The ability to know what applications a person of interest is using and when, or the IP address of an endpoint in a communication, allows law enforcement to subpoena the correct service provider or mobile operator to discover additional information about a suspect’s online activity.

Using IP addresses along with network address translation (NAT) binding record analysis, investigators may be able to identify the actual device being used and dynamically allocate it to a specific address at a specific time of day. Even if the IP addresses are not within the home country of the investigators, allocating them to an international service provider can establish other regions where a target may operate or have influence.

By identifying specific individuals related to captured metadata, law enforcement may also be able to obtain additional warrants for other devices owned by that individual. Smart household devices and services such as security cameras, for example, may also provide useful information, such as the ability to determine if a suspect is home at a given time.

When and where a person of interest uses a given application can also rule them out of an investigation. If a crime took place at the same time or in a different location, it may be less likely the person was involved.

SS8’s Intellego XT offers law enforcement robust data fusion capabilities, linking liveintercept and 3rd party data sources to reveal new insights. For example, data derived by EPXE, such as application use and time of day, can automatically be combined with OSINT data, such as an incriminating post from an anonymous user on social media, to help identify suspects.

While millions of users may be accessing a social media platform at the same time a given threat is posted, each subsequent post of the same nature by the same account significantly narrows the number of targets online for each session. Similarly, if it can be confirmed that a subject of interest did not access a particular social media platform at the same time an incriminating post was made, this can be combined with other evidence to potentially eliminate them from the investigation.

With the proliferation of connected devices in the home and at work, E-PXE’s ability to establish pattern of life will only increase. Taking the smart security camera example a step further, access to the metadata of motion-activated cameras can even help officers preparing to serve a search warrant identify which room of a house a suspect is in. Metadata from other smart home devices (e.g. other motion detectors, security alarms, locks, etc.) can be similarly useful to police and intelligence agents in establishing patterns of life or making an entry into a potentially dangerous situation.

The E-PXE solution from SS8 enables law enforcement and intelligence organizations to gather investigative intelligence from the metadata associated with encrypted internet communications.

By showing what applications, platforms, and services a person of interest uses, on what devices and when, this metadata is an essential part of developing a pattern of life analysis. It can also help reveal that person’s network and identify accomplices.

When combined with other data sources, like OSINT or time and location information, in SS8’s Intellego XT, metadata can reveal new clues to investigators, helping them see the big picture and build an intelligence-led criminal investigation.

The evolution of the Internet of Things (IoT) will make solutions such as E-PXE even more important in the future as investigators attempt to filter and identify useful data.

SS8 is at the forefront of lawful intercept technology and will continue to evolve E-PXE and all its solutions to create actionable intelligence that helps investigators fight serious crime.