Gaming did not use to be a thing back in the early 2000s, but it is one of the biggest entertainment forms. Back in the day, it was hard for people to get their hands on a device or a computer capable of running games, but with the advancements, we made in technology, any gaming enthusiasts can purchase on with just a few hundred bucks. Obviously, to achieve the best gaming experience, one needs to spend more than a few hundred dollars, but if you want to enter the world of gaming, you can easily do that without spending thousands of dollars on a high-end gaming PC. 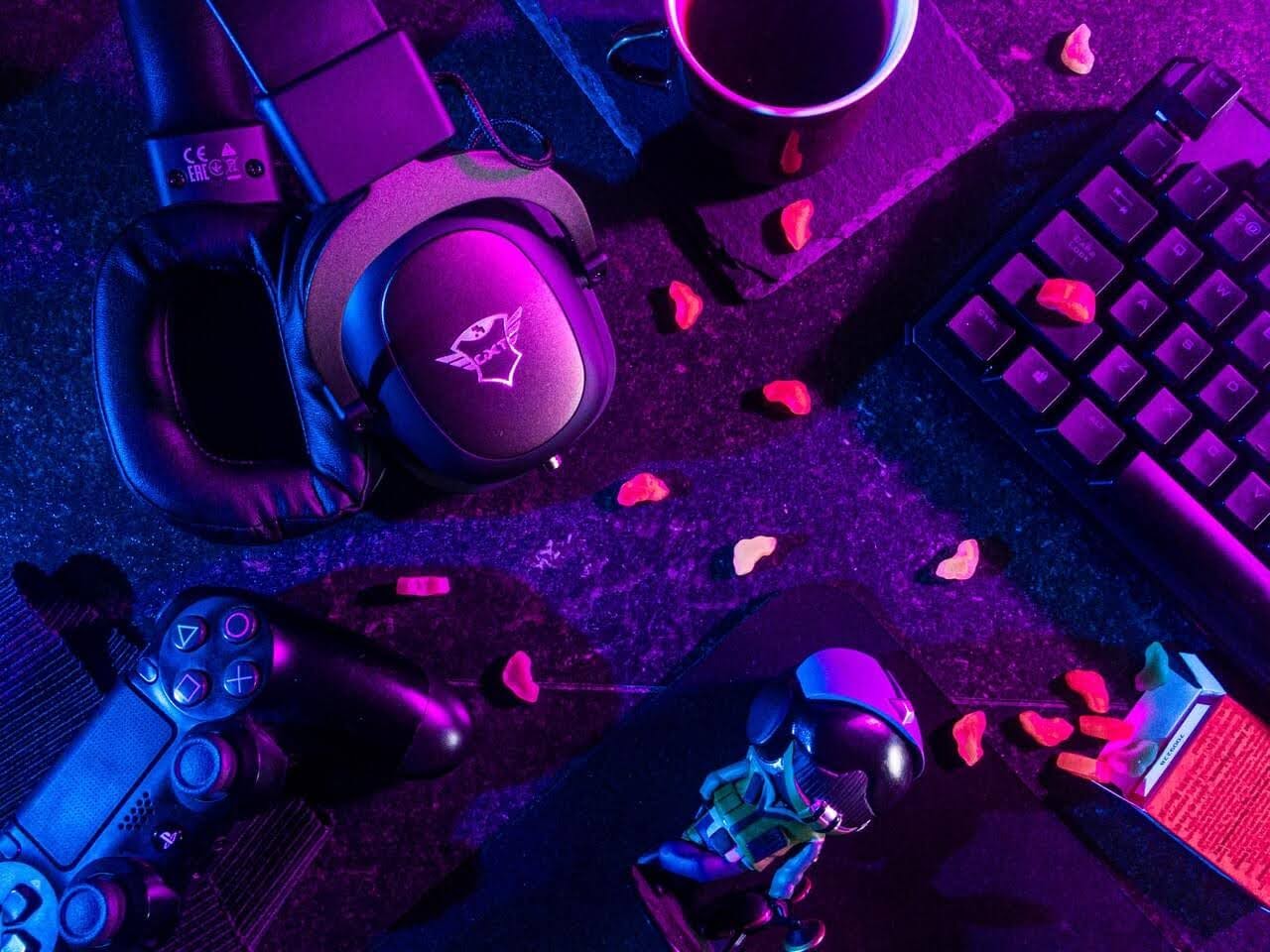 How to Pick a Laptop for Gaming

Laptops have changed the world of gaming and other fields of work, such as designing and engineering. Although most gamers prefer a gaming PC over a laptop, the latter has the added advantage of being portable. Therefore the user can pick their system up and go anywhere and play their favorite games. Previously laptops used to be slow pieces of junk but manufacturers have been able to pack powerful components in a relatively small chassis that can easily match a high-end gaming PC in terms of pure performance. Believe us or not, portability is a crucial factor in anything and especially a gaming system, since some people like to visit LAN parties or take their gaming system while traveling.

Unfortunately, since the technology market is full of hundreds of competing gaming laptop manufacturers, it is hard for some people to decide which gaming laptop they should get their hands on. Moreover, it is even harder for people who do not know about gaming parts and components. To help you out, in this article, we guide you on which things you should be looking for when buying a gaming laptop and what makes a gaming laptop a good one in the first place.

What to look for?

Back in the day, laptops cost a fortune, and the average men could not afford one, but thanks to technology, it improved. Finding a gaming laptop was a task, but nowadays, it’s comparably easier to pick a gaming laptop for as low as $400. You would obviously get better performance for laptops that cost more, but this shows how times have changed. Keeping that in mind, let’s get started!

A laptop is a combination of many computer parts. Just like a computer or a gaming PC, it has all the components. Instead of choosing each part separately and building a system, it is preassembled for convenience for novice people in the technology world. With so many gaming laptops on the market, it is hard to choose just a single one for all purposes, and therefore we ask you first to rethink which types of game you will be playing and how much performance you will require out of your gaming laptop. After you have done that, here is a list of things that you should keep an eye on while checking out the specifications of the gaming laptop that you want to buy.

Without a doubt, the most important part of any gaming system, whether it is a gaming laptop or a PC, is the processor, the heart and brain of the system. Choosing the correct processor is essential since you never want those annoying frame drops or freezes while playing your favorite Triple-A or multiplayer FPS games. Pure processor performance is also essential for carrying out basic tasks like editing and processing, and a good one will deliver you that power to get by with any work. We are also talking about the non-gaming stuff.

Intel and AMD are the top manufacturers of powerful processors, and you can select a laptop with one from either of them. Gaming laptops with Intel processors are a bit costlier than those with AMD processors. They do not have integrated gaming graphics. Instead, they come with a dedicated Nvidia graphics processor or an AMD Radeon graphics processor to enable you to play those graphically demanding games. Although it is nicer to have a dedicated GPU rather than an integrated one on your laptop, it is not always the best choice for gamers who are on a budget. For those people who want similar gaming performance, a gaming laptop with an AMD processor is a better fit since many AMD Ryzen Mobile processors for laptops come with built-in Radeon Vega graphics for gamers to get the most bang for their buck. Other than that, gaming laptops with AMD processors also come with Nvidia graphics processes such as the HP Pavillion gaming systems.

The only that matters the most other than a processor when gaming is a graphics card or a GPU. We have already discussed that both AMD and Intel-powered gaming laptops come with either Nvidia graphics processors or AMD Vega and Radeon graphics processors. With the choice between AMD and Nvidia, you have many options to explore. Graphics cards from both the manufacturers offer flawless performance in their respective price ranges, and the one you select is a personal choice. Still, for optimal gaming performance on a gaming laptop, we recommend choosing one that offers at least 2 GB of VRAM, which is the basic minimum required for running all the high-end games of today.

For all the Nvidia fanboys out there, a GTX series GPU should be enough to get by with 1080p gaming with med to high settings. If you want to go for higher-end options for 1080p or high gaming with max settings, we recommend going with a gaming laptop with an RTX series Nvidia graphics card. The gaming laptops with a GTX 1660ti are enough for entry-level 1080p gaming and cover you for the most part.

On the other hand, AMD has got every gamer covered, the budget gamers and the high-end gamers. For those who are on a tight budget, AMD offers gaming laptops with integrated Vega graphics processors that are enough to run some of the most recent and graphically intense games on 1080p. One might not push max settings on higher-end games, but a laptop with Vega graphics is a great choice for entry-level gaming. If you want more from your laptop, opt for a one with a Radeon RX series graphics card. The Radeon RX 5000 gaming laptops are great for higher-end gaming.

No matter what anyone says, gaming is incomplete without a good display. It is more essential on a laptop since the display is not that large; otherwise, one can easily bust out a 24-inch gaming monitor for their gaming PC setup. Having an excellent performing system with a mediocre display is like having a feast without dessert. Therefore we recommend going with a gaming laptop with a Full HD 1920 x 1080 resolution for an immersive gaming experience. Gaming laptops often come with even higher resolution support as well as a higher refresh rate count. A laptop display with a 60 Hz refresh rate is enough for most parts, but one with a 75 Hz or a 144 Hz display is well worth the price. A higher refresh rate always gives you the edge over other opponents in competitive games where a lag-free gaming experience is crucial. As far as the screen size goes, anywhere between 13 to 15.6-inch is enough, although some laptops come with even larger displays all the way up to 17-inches. Depending on whether the laptop comes with Nvidia graphics or AMD graphics, some gaming laptops support AMD FreeSync and Nvidia FreeSync that minimize screen tears during gameplay and improve the overall gaming experience.

Newer games can be RAM intensive. Although most games do not rely heavily on RAM, having more RAM at your disposal is quite beneficial for multitasking purposes. If you plan on streaming, then having a good amount of RAM is essential since all the different applications running in the background will easily hog up many gigs of your memory. For most gaming laptops having 8 GB of RAM onboard is the sweet spot, while higher-end gaming laptops with RTX graphic processors come with 16 GB of RAM. We recommend not settling for something less than 8 GB since it is the bare minimum required to efficiently play games and work on your gaming laptop. Most gaming laptops come with an extra DIMM slot for future upgrades, so make sure your laptop also has one if you plan to upgrade your memory in the future. Moreover, AMD powered laptops tend to work better with dual-channel RAM configurations.

Storage is not that much of a big factor than the other one in this list. As long as you are okay with a bit slower in-game loading speeds, you can go with a hard disk drive. Since the technology market is slowly shifting towards Solid-state drives due to the much faster transfer speeds, it is better to invest in that unless you need tons of storage for other works. SSDs cost much higher than hard disks, but the faster speed heavily improves bootup time, installation speeds, and in-game loading times but offers much less storage than traditional hard disks. If you are getting a gaming laptop with a hard disk, having at least 1 TB of storage at your disposal is the best choice, while for the users who prefer an SSD, we recommend going with 256 GB of storage or higher, with 512 GB being the sweet spot.

Let us be honest here, no one likes to use small chiclet keys on the keyboard of a laptop, and neither the trackpad is helpful for gaming in any shape or form. Hence, one should always consider a gaming laptop equipped with many ports and other connectivity options. USB ports are a must if you are going to game on a laptop since you need to plug in your gaming mouse and keyboard. If you connect other peripheral devices like a gamepad, phone, or other storage devices, you will need many of them. Many laptops nowadays offer Type-C port and Thunderbolt port for faster transfer speed and future device support. HDMI ports and RJ45 ports are always included in laptops, so you should be good to go with any if you need them. All gaming laptops come with Bluetooth and Wi-Fi connectivity, but having the latest versions help get the best out of your gaming skills through connectivity.

Let us not kid ourselves; as gamers, we always prefer RGB lighting all over our gaming setup instead of plain black color. Nonetheless, RGB lighting is not everyone’s cup of tea; while some people find it attractive, some also find it distracting and irritating, which is purely a matter of choice. Most gaming laptops on the market come with an RGB lit keyboard and logos over the chassis to add something to the laptop’s overall aesthetics.

An overheating laptop is never a good sign, so make sure that it has enough vents and room for airflow. Generally, checking out the laptops’ reviews is a good idea when you are judging the laptop’s cooling performance.

Choosing a gaming laptop is certainly no easy, with so many options to choose from, and the one that is perfect for you is definitely out there. There is no such thing as the perfect laptop since taste differs from person to person, and everything is subjective, but any mid-budget gaming laptop will suffice and should be able to run games in the future. In the end, you can get a decent gaming laptop if you follow the points in this article, no matter what your price range is.