As technology advances and continues to have a more significant role in consumers’ lives, most industries have also transformed and adapted. Companies have now shifted from brick and mortar to primarily online services due to ubiquitous Internet access. In general, this transition has helped online companies to lessen overhead costs that come with operating a physical store, and reset consumer expectations of next day or even same day delivery. 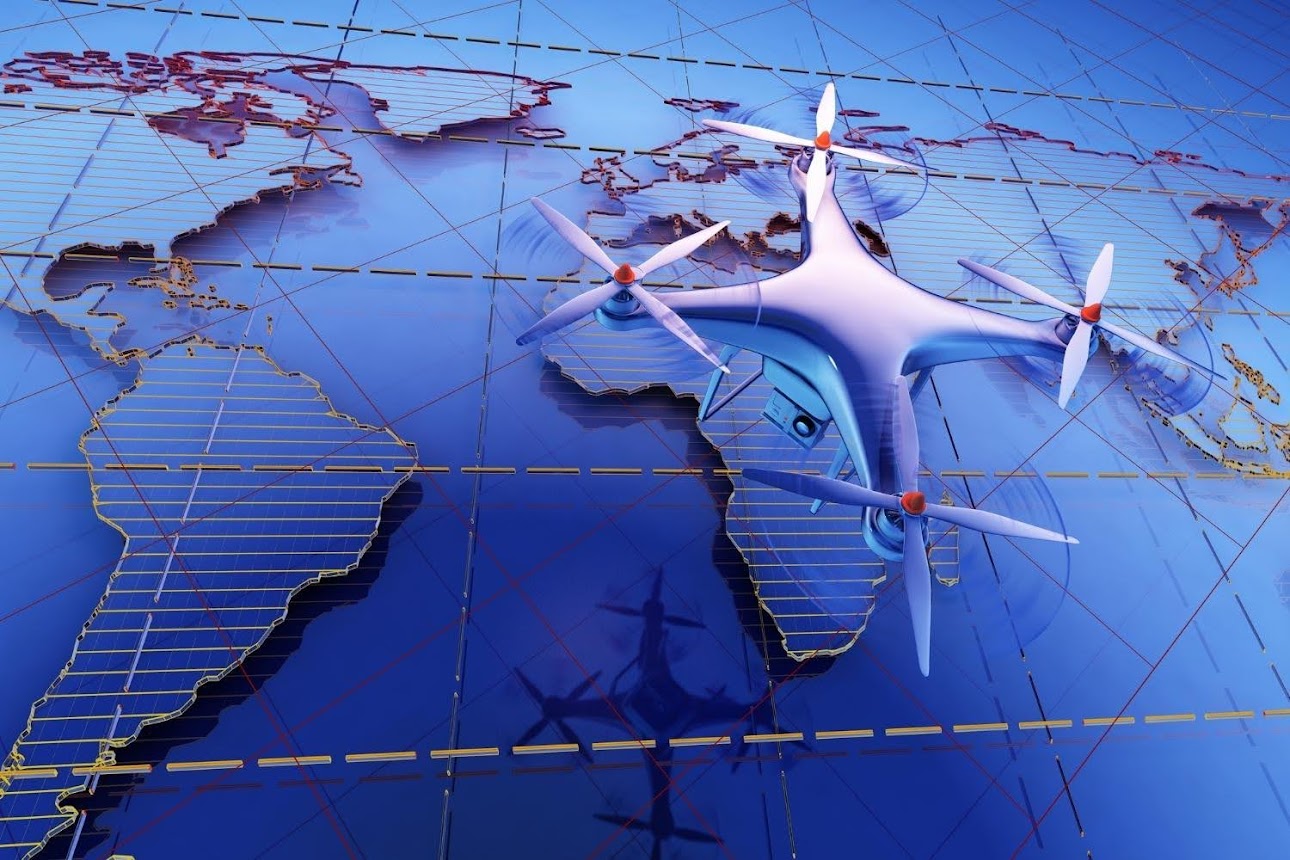 Online retailers are highly convenient, but purchases of services and goods are typically subject to extra shipping and handling fees incurred by the consumer. And although technology has revolutionized many different industries over the past decade, shipping and postage are still relatively unaffected. Traditional postal service providers e.g., USPS, FedEx, and UPS are still primary sources when it comes to shipping and handling for notable online retailers.

Amazon has recently introduced Amazon Prime Air, which has challenged the status quo. Amazon Prime Air primarily works as a drone delivery system that can anticipate your package deliveries within 30 minutes or less. While the program hasn’t been executed as yet, Amazon says its drones will deliver packages to backyards this year.

The economic and financial impact of drones is powerful. However, the Federal Aviation Administration’s regulations combined with privacy and security concerns have slowed down the launch of commercial drone services. Drones in the U.S. are currently sanctioned for research, military, and recreational purposes. Military drones are not required to comply with similar regulations as those applied for recreation and research purposes.

Currently, unmanned aerial vehicles (UAV) in the United States are controlled up to 400 ft. of airspace in populated regions. Commercial use of drones is currently illegal since it has not been approved by the FAA. The FAA is quite reluctant to issue licenses enabling firms to test drone services within the U.S., primarily because of concerns about ground safety and airspace.

Since Amazon has been unable to research aerial delivery locally, this has resulted in the e-commerce leader testing this new technology in the U.K. There have been successful tests taken in Cambridge, England, in 2016. Indeed, the FAA permitted Amazon to test its models of drones in 2015. By this time, however, Amazon had already been testing in Canada.

The FAA’s rule calling for “line of sight” is one of the major hindrances to drone use for commercial activity. The rule specifies that a drone operator must always have their drone in their line of sight, which beats the aim to use drones commercially, specifically for deliveries.

With rapid technological innovation, consumers now have top-of-the-line products at cost-effective prices. Drones had traditionally been restricted to military use because of technical sophistication and high costs. But, as a result of economies of scale, customers can buy drones for less than $100.

Furthermore, widespread access has enabled consumer companies like Amazon to explore the application of unmanned aerial drones for commercial purposes. According to Amazon Prime Air, you can expect a delivery service within 30 minutes for packages of up to 5 lbs. In altruistic contrast to Amazon, Google has developed aerial vehicles to deliver medicine to remote locations.

The environmental impact is significant. Drones are powered by batteries and are more environmentally friendly as opposed to delivery trucks. In case there’s widespread usage of delivery drones, it would minimize the dependence on vehicles for numerous firms. And this would harm traditional fleet manufacturers. However, the environmental impact would be a boon and would ultimately assist many countries to reduce emissions, which aids in meeting emissions targets set in different global agreements.

The economic effects of commercial drone applications are indisputable. The market for drones is approximated to be $127 billion across various industries. It’s also worth noting that the commercial application of drones will significantly affect infrastructure and agriculture more so than commerce. Because of the ability to cover extensive areas, drone application in agriculture is expected to effectively hydrate and feed plants while also curbing exposure to illnesses.

On a macroeconomic scale, the incorporation of UAVs may create 100,000+ jobs. Within 10 years, the creation of jobs from commercial drone use will comprise predominantly drone operators and manufacturing jobs. Similarly, states will gain from tax windfalls, coming from enhanced economic activity.

Undoubtedly, the implications have a positive impact on consumers and businesses alike. Consumers directly gain from job creation, leading to additional earnings. Using commercial drones can also enable industries to get savings from affordable means of inventory, distribution, and transportation. Such cost savings could be passed down to the consumer via a reduction in costs.

Although the financial effects of drone use are immense, many states, regulators, and many consumers think sanctioned UAV use is harmful. 44 states have enacted their laws on drone usage for recreational, commercial, and public use. Increased use of drones is expected to come with more privacy concerns among people worried about government and corporate data collection. Since Amazon drones typically use a GPS and camera to navigate delivery destinations, many citizens find this to be intrusive.

Drone delivery services supplied by Amazon and other firms will also face logistical setbacks. Conventional postal services typically maintain the liability of stolen or damaged property incurred during the delivery process. Without human monitoring, however, a drone can’t ensure seamless deliveries. Similarly, deliveries in major cities/ towns are bound to experience many problems. For example, accessing apartment units in city skyscrapers is an impossible task for a crewless aerial vehicle.

Besides privacy and logistical concerns, wildlife, e.g., birds, encounter higher risks with the increased number of aerial vehicles. According to the FAA, birds cause $1+ billion in damages to airplanes in the United States.

Amazon’s consistent efforts to research and test unmanned aerial vehicles have forced the FAA and Congress to reform drone regulations. The incorporation of drones into the national airspace will ultimately benefit e-commerce businesses such as Amazon and industries like agriculture, natural disaster management, public safety, etc. Google anticipates the utilization of its drones for the delivery of medical products, and as a way to protect the environment.

The economic impacts linked to UAV integration comprise job creation and immense growth. Industries also reduce costs from highly effective means of transportation, as well as distribution. Irrespective of the apparent disadvantages, it’s believed that every year this integration is delayed, the United States loses around $10 billion in growth!