An EHR deleted a decimal point from a drug dosage entry, which was among the examples of issues that could lead to patient harm. Source: JAMA Network > Identifying Potential Patient Safety Issues From the Federal Electronic Health Record Surveillance Program

A new study finds fewer Americans have a primary care doctor, which the lead author says is “moving in the wrong direction”. Source: JAMA Network > Characteristics of Americans With Primary Care and Changes Over Time, 2002-2015

Hackensack Meridian Health said it paid an unspecified ransom after it was hit with a cyberattack that disrupted care across its clinics and 17 hospitals. Source: The Wall Street Journal > New Jersey Hospital System Hit by Cyberattack

A survey found the majority of female physicians believe that their male counterparts earn more than they do. Joanne Finnegan has more on why. Source: Merritt Hawkins > 2019 Survey of Women in Medicine

Express Scripts has revealed the first 15 tech tools it will include on its new digital health formulary, which launches in January. Source: Express Scripts Makes Digital Health Click

Take a look at which physician specialties have the highest salaries and which saw the biggest pay increases in 2019. Source: Doximit > U.S. Physician Employment Report 2019

At the same time, female doctors are still earning less than their male colleagues. In a survey, the women said why they think that is the case. Source: Merritt Hawkins > 2019 Survey of Women in Medicine

A new study looked at how primary care in the U.S. stacks up with 11 other high-income countries. While ahead in IT, doctors still struggle to coordinate care. Source: Health Affairs > Primary Care Physicians’ Role In Coordinating Medical And Health-Related Social Needs In Eleven Countries

UnitedHealth Group announced that it would purchase specialty pharmacy Diplomat in a $300 million deal, with plans to fold it into OptumRx. Source: UnitedHealth Group > Diplomat, OptumRx Combining to Advance Access to Specialty Pharmacy Care and Infusion Services, Improve Health Outcomes

Banner Health has agreed to pay up to $6 million to victims of a massive 2016 data breach as part of a proposed settlement, according to court documents filed last week. Source: ISMG > Banner Health Breach Lawsuit Settled

Take a look at which physician specialties have the highest salaries and which saw the biggest pay increases in 2019. Source: U.S. Physician Employment Report 2019

Since the devices became popular in 2006, head and neck injuries related to cell phone use have increased steadily, according to a study led by a facial plastic surgeon. Source: JAMA Network > Head and Neck Injuries Associated With Cell Phone Use

Google continues to face Congressional scrutiny about its collection and use of sensitive health data in a project with Ascension as Rep. Pramila Jayapal, D-Wash, wrote a letter to company executives pressing for more details. Source: JAYAPAL PRESSES GOOGLE ON HEALTH DATA COLLECTION

Genomics startup Veritas Genetics is ceasing U.S. operations because it has struggled to raise new funds. Proteus Digital Health also is struggling to stay afloat. Source: CNBC > Digital health start-up once worth $1.5 billion is racing to keep lights on as investors flee

As Millennials continue to gain influence in the workplace, they’ll likely be pushing insurers for some changes, according to a new survey. Source: HealthEdge > 2019 Voice of the Market Survey Series

CMS released its annual look at health expenditures on Thursday, and the report shows that health spending growth did increase slightly from 2017, due in large part to the impacts of the ACA’s hated health insurance tax. Source: CMS.gov > CMS Office of the Actuary Releases 2018 National Health Expenditures

TV hospital dramas often get a bad rap for how they portray healthcare. But a new study is giving “Grey’s Anatomy” some credit for increasing awareness for a sexual assault hotline. Source: JAMA Network > Public Awareness for a Sexual Assault Hotline Following a Grey’s Anatomy Episode

A factor that could worsen the country’s rural health crisis: The number of medical students from rural backgrounds declined 28% over 15 years. Source: Health Affairs > The Decline In Rural Medical Students: A Growing Gap In Geographic Diversity Threatens The Rural Physician Workforce

The Trump administration is launching a program to provide free access to doses of Truvada, a drug that prevents HIV, to people who are uninsured and at risk of being infected. Source: Ending the HIV Epidemic: Ready, Set, PrEP

Stephen Hahn, the radiation oncologist from MD Anderson Cancer Center nominated by the Trump administration to be FDA Commissioner, got passed a key hurdle toward getting the job on Tuesday. Source: The Washington Post > Senate panel approves Hahn as FDA head 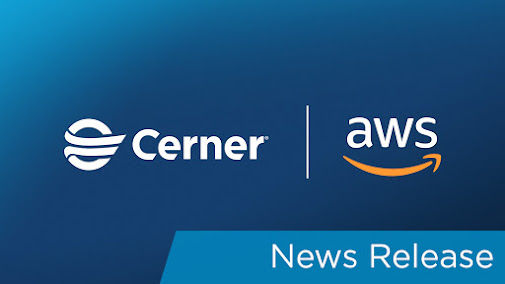 Cerner is deepening its partnership with AWS

UnitedHealth Group projected it will generate $242 billion in revenue in 2019 and expects to report another 7% to 8% increase in top-line growth in 2020. Robert King has more. Source: Forbes > UnitedHealth Group: 2020 Revenues To Eclipse $260B

It will take nearly 100 years to reach gender parity among healthcare venture capital partners—and that’s if 50% of new hires are women starting today, according to a Rock Health report. Source: Rock Health > The state of gender equity at healthcare startups and VCs in 2019

Today is Giving Tuesday, a global day of charitable giving that falls on the Tuesday after Thanksgiving. This site offers resources to find a cause or organization to give your time or a donation.

Some life insurance underwriters are beginning to charge certain vapers higher rates than smokers. Source: Reuters reports > Could life insurance go up in smoke for some vapers?

The Wall Street Journal reports that blood-sugar monitors for patients with diabetes stopped sending important information over the weekend, the result of a technological problem. Source: Diabetes Patients’ Blood-Sugar Data Aren’t Being Shared