Pennsylvania is one step closer to moving off of Healthcare.gov to its own exchange. Paige Minemyer has more. Source: Pennsylvania Partners with GetInsured to Build and Operate State-Based Health Insurance Exchange

Here’s a fun piece of trivia for the holiday table: A restaurant in New York is apparently offering a Thanksgiving meal package that tops $181,000. Source: Yahoo Finance > This is the world’s most expensive Thanksgiving dinner at $181,000

Amazon is rolling out medication reminders and prescription refills as new features of its Alexa device in partnership with pharmacy chain Giant Eagle. Source: Amazon dayone > New ways to manage your medications at home using Alexa

The American Consumer Satisfaction Index released its annual report examining the financial and insurance sectors and found a notable drop among hospitals. Source: ACSI > Americans More Satisfied With Banks Than Credit Unions for the First Time in ACSI History

A new story from Politico highlights the healthcare lobby’s mobilization against “Medicare for All. Source: POLITICO > The Army Built to Fight ‘Medicare for All’

The founders of healthcare technology startup Outcome Health were charged with fraud in a 26-count federal indictment unsealed Monday. Source: DoJ > Former Executives and Employees of Health Technology Start-Up Charged in a $1 Billion Scheme to Defraud Clients, Lenders and Investors

Activist investor Starboard Value LP has taken a small stake in CVS Health. Starboard is one of the top activist-investment firms and its presence in a stock usually causes a company to sit up and take notice. Source: WSJ > Activist Investor Takes Stake in CVS

Prominent doctors at the University of Virginia Health System are expressing public outrage at their employer’s practices to collect unpaid medical debt from its patients. Source: KHN > ‘UVA Has Ruined Us’: Health System Sues Thousands Of Patients, Seizing Paychecks And Claiming Homes

Incoming storms could put a huge damper on Thanksgiving travel plans across the country. Source: ABC 7 Chicago > Storms may disrupt Thanksgiving holiday travel across US

A dog named Max showed off some new tricks when he put his owner’s car in reverse while locked inside and then drove in circles backward for an hour. Source: Washington Post > A dog drove doughnuts alone in a car for half an hour. There’s video.

Senate and House lawmakers introduced a bill that would fund 1,000 additional medical residency positions in the next five years to address an anticipated physician shortage and to combat the ongoing opioid crisis. Source: The Opioid Workforce Act of 2019 (S. 2892/H.R. 3414)

On the heels of the recent closure of a Philadelphia hospital that displaced more than 570 residents and fellows, AMA adopted a new policy to help protect doctors. Source: NBCUniversal > Hahnemann University Hospital to Close, Leaving Thousands Out of Work

Humana released its annual look at the performance of its value-based care arrangements in Medicare Advantage, and found its members treated under such agreements with providers avoided $3.5 billion in healthcare services in 2018. Source: BusinessWire > Humana Improves Health and Reduces $3.5 Billion in Health Care Costs through Medicare Advantage Value-Based Care Programs

A new Kaiser Family Foundation report shows that the number of insurers per state in the ACA exchanges is rising, though disparities remain. Source: KFF > Insurer Participation on ACA Marketplaces, 2014-2020

The CEO of Seattle Children’s admitted there were more deaths from infections associated with mold in operating room air handling units than previously believed. Source: The Seattle Times > ‘We failed’: Seattle Children’s CEO admits 6 deaths, more illnesses due to mold in ORs

South Dakota ran out a new ad campaign on Monday called “Meth. We’re On It” to spread awareness and prevention of the deadly drug. But the slogan soon was the subject of ridicule on the internet. Source: The Washington Post > ‘Meth. We’re on it,’ South Dakota says in ridiculed ad campaign that cost $449,000

A new study in the Lancet is calling on health professionals to communicate the negative impacts of climate change on children’s health. Source: THE LANCET > The 2019 report of The Lancet Countdown on health and climate change: ensuring that the health of a child born today is not defined by a changing climate

In a recent study, doctors gave EHRs an “F” for usability. The American Medical Association says it’s a “national imperative” to fix the problem. Source: Mayo Clinic Proceedings > The Association Between Perceived Electronic Health Record Usability and Professional Burnout Among US Physicians

More than 2.8 million antibiotic-resistant infections occur in the U.S. every year and more than 35,000 people die as a result of those infections, according to a new CDC report. Source: Biggest Threats and Data, 2019 AR Threats Report

A team of Penn Medicine researchers are using advanced data analytics to flag cancer patients at risk of short-term mortality to spur doctors to have a discussion about their treatment goals and end-of-life care preferences. Source: JAMA Network > Machine Learning Approaches to Predict 6-Month Mortality Among Patients With Cancer

What’s the key takeaway for payers and providers from the blowback to the news that Google and Ascension are partnering on data analytics? Transparency is crucial, experts tell Robert King. Source: Inc. > Google Made a Huge Mistake–and Now Project Nightingale Is a Scandal. It Didn’t Have to Be That Way

In a recent study, doctors gave EHRs an “F” for usability. The American Medical Association says it’s a “national imperative” to fix the problem. Researchers surveyed 870 U.S. physicians about EHRs and asked them to rank system usability with a score of 0 to 100. The mean score was 45.9, which is in the “not acceptable” range or a grade of an ‘F’, the study said. Source: Mayo Clinic Proceedings > The Association Between Perceived Electronic Health Record Usability and Professional Burnout Among US Physicians

When it comes to communication, it looks like the healthcare industry got stuck in a time warp. “Adoption of modern communication solutions has occurred in every other industry but healthcare,” said Brad Brooks, CEO and co-founder of TigerConnect, in a statement. Source: TigerConnect Surveys Confirm the Broken State of Communication in Healthcare

A new study says those grappling with life-or-death decisions — such as policy officers or healthcare workers — are most likely to suffer from lack of sleep. Source: Market Watch > These are the most sleep-deprived professions in America

After news broke about a health data partnership between Google and Ascension Health, sparking a federal investigation, the tech giant and health system released statements defending the project. Source: Google Cloud > Our partnership with Ascension

A team of Penn Medicine researchers are using advanced data analytics to flag cancer patients at risk of short-term mortality to spur doctors to have a discussion about their treatment goals and end-of-life care preferences. Source: JAMA Network Open > Machine Learning Approaches to Predict 6-Month Mortality Among Patients With Cancer

When it comes to moving into the sphere of healthcare, Ancestry isn’t just working to win over patients. The direct-to-consumer genealogy company wants to reach their doctors, too. Ancestry announced it has made a $1 million educational grant to UpToDate to independently develop information for healthcare providers to help them interpret and act on the results of genetic testing. Source: Wolters Kluwer > Ancestry Makes $1 Million Educational Grant to UpToDate to Develop Genetic Testing Information for Medical Providers

Some major questions about personal health record privacy are being asked after a deal between Google and Ascension health was revealed. Source: WSJ > Google’s ‘Project Nightingale’ Gathers Personal Health Data on Millions of Americans 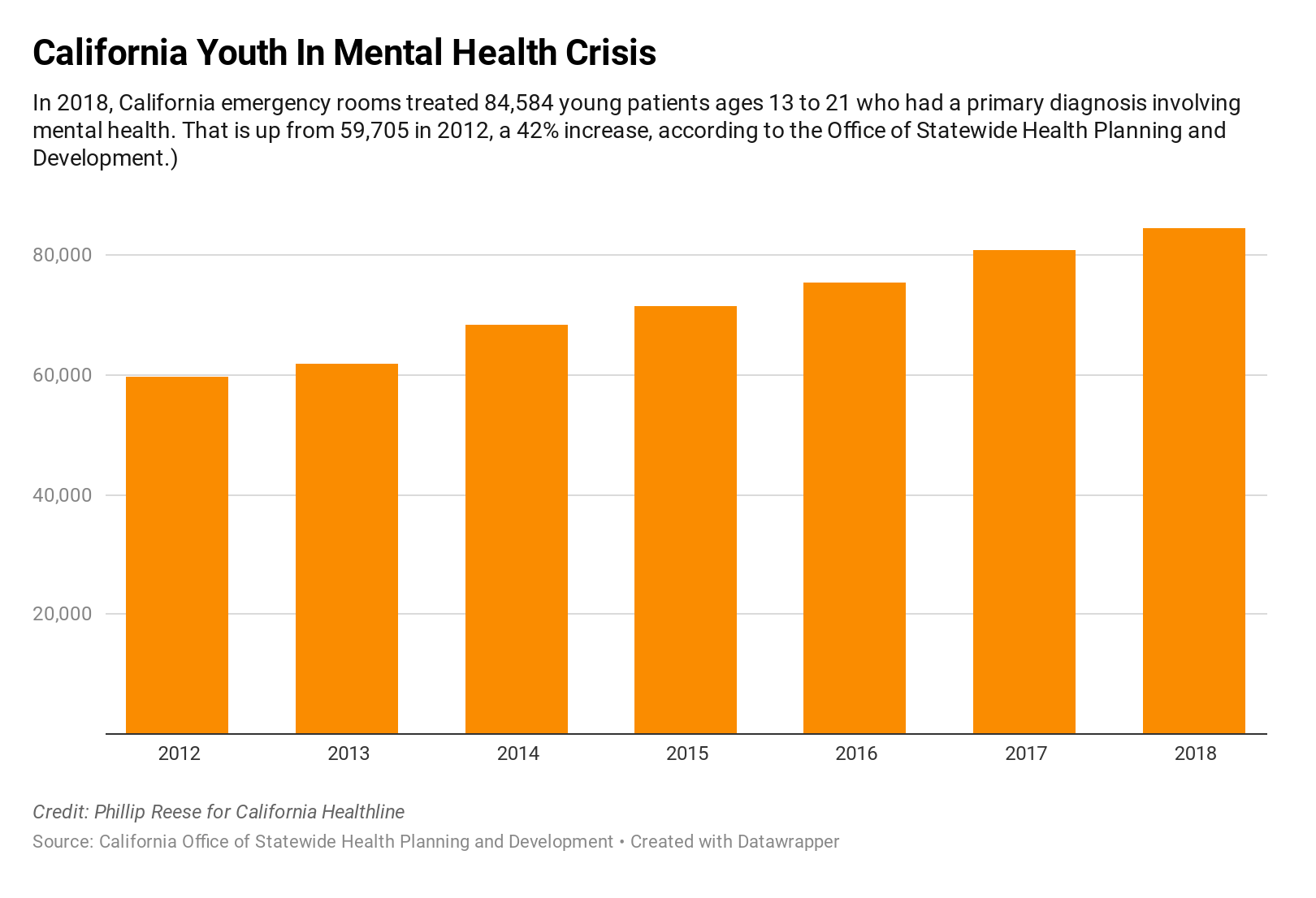 Highmark is seeing positive results in the first year of its outcomes-based contract with AstraZeneca for the respiratory medicine SYMBICORT. Source: HIGHMARK’S OUTCOMES-BASED CONTRACT FOR SYMBICORT® IMPROVES PATIENT OUTCOMES FOR ASTHMA, COPD

Most doctors know all too much about student debt. A Minnesota college student thought he had come up with a unique way to pay off his debt until Krispy Creme doughnuts told him to shut down his reselling business. — Joanne Finnegan. Source: CBS News > Krispy Kreme tells student to stop donut reselling service in Minnesota

The Healthcare Information and Management Systems Society has rebranded the organization, and that will mean some big changes at the HIMSS20 conference in March, officials say.

Juul has announced that it will voluntarily stop selling its popular Mint e-cigarette flavor ahead of an expected ban on mint-flavored electronic cigarettes from the Trump administration. Source: CNBC > Juul halts sales of its popular mint flavor

Arkuda bags $44M to target progranulin and head off inherited dementia. Armed with $44 million from the likes of Atlas Venture and Pfizer Ventures, Arkuda Therapeutics is going after progranulin, a protein that plays a role in neuronal health and lysosomal function, to treat an inherited form of dementia. The company aims to push its lead program into the clinic in 2021. Source: Global Genes > Arkuda Therapeutics Raises $44 Million to Treat Rare Form of Dementia

Uber’s self-driving car that killed pedestrians at Arizona last year due to the software unable to detect and react to jaywalkers, according to reports released by US National Transportation Safety Board. Source: ETAuto.com > Driverless Uber software could not spot jaywalkers

Biogen and Samsung expand biosimilar deals to cover Lucentis, Eylea, and China. After a successful partnership with its biosimilar joint venture Samsung Bioepis, Biogen has decided to move into more drugs and markets. In an expanded deal, Biogen is putting down $100 million upfront for copycats to Novartis and Roche’s Lucentis, Regeneron and Bayer’s Eylea, and new rights for anti-TNF drugs in China. Source: Xconomy > Biogen Adds Two More Biosimilars in $100M Deal with Samsung Bioepis

Teva taps new CFO, hikes legal set-aside to more than $1B as opioid deal falters. In an offer aimed at settling the thousands of opioid lawsuits it faces, Teva has proposed an eye-popping $23 billion-plus deal with plaintiffs. So far, that offer hasn’t gained much traction, though, leaving the drugmaker with a legal overhang that now tops 10 figures. Source: The New York Times > Teva Pharm Says Opioid Settlement Will Not Derail Ability to Cut Debt