Your next Android update might be a lot less annoying

Google’s getting ready to force all Android device-makers to use its seamless system for interruption-free software updates, and that’s gonna bring a big and very beneficial change to anyone who owns a Samsung phone.

Android’s been able to process software updates in the background since 2016, which means you get virtually no interruption or downtime during the process. But, well…

You can dive deep into the context surrounding the change and why Samsung’s been so stubborn in this delightfully detailed column from Android Intelligence partner-contributor Mishaal Rahman. Read more: Android 13’s virtual A/B mandate could bring Seamless Updates to more devices

Your Android-made reminders are getting a new home

El Googeth has announced a serious shift to how reminders are gonna be handled on Android — and beyond.

For years, Google Assistant has let you create reminders via voice command, and those reminders have existed in an awkward Assistant-specific interface that’s tucked away and tricky to find.

This official Google Workspace blog has the ins and outs of what’s changing and when you can expect to see its effects. Read more: Making it even easier to manage your tasks

Chrome’s got a cool new way to protect your privacy

An intriguing new option is on its way to the Chrome Android app for protecting your incognito tabs and making sure no one else ever sees ’em by mistake.

The option locks down any actively open incognito tabs whenever you move away from Chrome. That way, if someone else picks up your phone, they’ll have no way of seeing whatever (ahem) private research you might’ve been up to.

You can find much more info on the new feature and how it works in this quick ‘n’ simple overview. Read more: Google Chrome will protect your incognito tabs with your biometrics

Start charging your phone with stamina in mind

One of the best ways you can make your phone’s battery last longer is to take a more measured approach to charging.

Most battery experts agree that the fastest way to shortening your battery’s life and making it perform more poorly is consistently charging it all the way to 100% — or, worse yet, keeping it plugged in and maintaining that fully charged state for extended periods of time.

A free app called AccuBattery can help you avoid that scenario and keep your battery in tip-top shape for as long as possible. 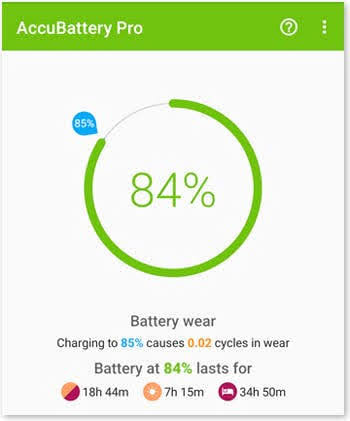 Got a recent Samsung phone? You’ve probably got a similar option built directly into your device! Open the Battery section of your system settings, then tap “Battery” followed by “More battery settings” and look for the line labeled “Protect battery.”

You know what’s almost always the biggest drainer of a phone’s battery during the day?

Yup, you guessed it: the screen. These big, beautiful displays we all love slurp down a ton of power and are largely responsible for taking our stamina down to dangerous levels. And while you obviously aren’t gonna stop using your phone’s screen altogether, a small adjustment to its settings can make a world of difference.

So swipe down from the top of your screen twice to open up your Quick Settings panel and then play around with the brightness slider built into that area. (If you don’t see a brightness slider there, open up the Display section of your phone’s settings.)

Set it as low as you can while still being able to see comfortably, and you’ll almost certainly see a noticeable difference in stamina as a result.

For even more intelligent display brightness management: Look to see if your phone offers an Adaptive Brightness option within its Display settings. That monitors your screen brightness preferences in different scenarios, learns what you like, and then starts to adjust the brightness for you automatically based on those preferences — though it’s still up to you to proactively train it and make manual adjustments to start.

Assistant may soon get a whole lot easier to use

Some under-development code makes it look like Google’s gearin’ up to give us an intriguing new way to interact with Assistant — one that would make it easier than ever to get your gadgets’ attention.

The feature appears to let you make your own custom voice commands that Assistant will then always listen for — even if you don’t say “Hey Google” ahead of ’em.

As of now, the development seems to be centered on the Nest Hub Max Smart Display, specifically.
It’d expand upon a small series of premade Quick Phrases already available on that device as well as on the Pixel 6.

I’ve long hoped Google would give us a way to customize the actual Assistant launch phrase — so we could have different devices respond to our own personalized phrases instead of having everything answer only to “Hey Google.” This might be an interesting alternative to that same concept, especially if it ends up making its way to more devices.

You can see all there is to know about this not-yet-official change in this code-sleuthing report.

Largely lost in the shuffle of all the iGoofus hullabaloo this week is a nifty little update that’ll make a meaningful difference for your day-to-day Android photo experience. 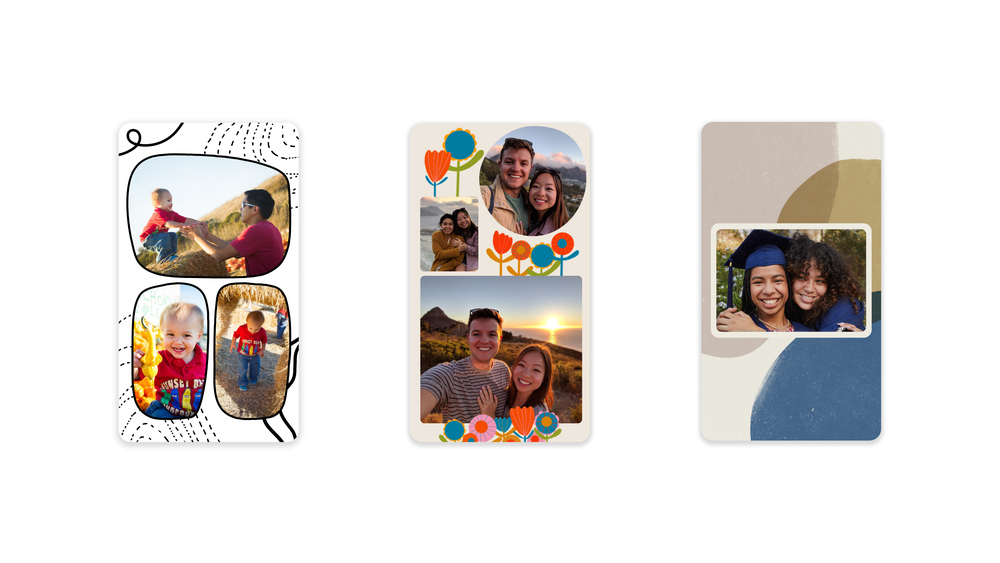 Google’s in the midst of rolling out a whole new Memories setup for the Android Photos app that’ll take one of the service’s best features and make it even more memorable.

All the ins and outs of the incoming enhancements are laid out as clear as day in this official Google blog post.

Google’s getting out of the laptop game

Google may be moving into new hardware terrain with its upcoming Pixel Tablet and long-rumored folding Pixel phone — but now, the company’s reportedly scaling back its ambitions and stopping its efforts to make laptops.

According to a report at The Verge, Google has cancelled its under-development next-gen Pixelbook and disbanded the team behind it.

You can find the full Pixelbook rejection report here.

Give yourself a fast Android tune-up

If you do just one thing to make your current phone more useful — no matter how recent or rusty the phone may be — make it a quick bit of targeted maintenance.

Seriously: It’s crazy how much difference a teensy touch of tuning can do for a modern mobile device. You wouldn’t go years without performing some manner of maintenance on your car, right? Well, your phone’s no different — with one key exception: An Android tune-up is fast, easy, and free.

Next up: I don’t know about you, but in addition to the phone I actually carry, I’ve got an embarrassingly large collection of dated Android devices that do little more than sit around and collect dust.

No matter how ancient a phone or tablet may be, though, it’s still got plenty of life left in it — if you find the right way to put it to use.

Treat yourself to a snazzy new smartphone backdrop

One of the simplest ways to make any Android phone feel freshly inviting is to introduce a new wallpaper into its environment.

It may not sound like much, but slapping a snazzy new backdrop onto your home screen and lock screen really does give your phone a completely new look ‘n’ feel — and it can go a surprisingly long way in making it more pleasant to use, no matter how long you’ve been hangin’ onto the thing.

One of my favorite sources for awesome Android wallpapers is a nifty little app called, rather fittingly, Backdrops. No matter what sort of visual style you tend to prefer, Backdrops has oodles of eye-catching options that’ll freshen up your phone and delight your peepers.

Whether you dig the dramatic or thematic… 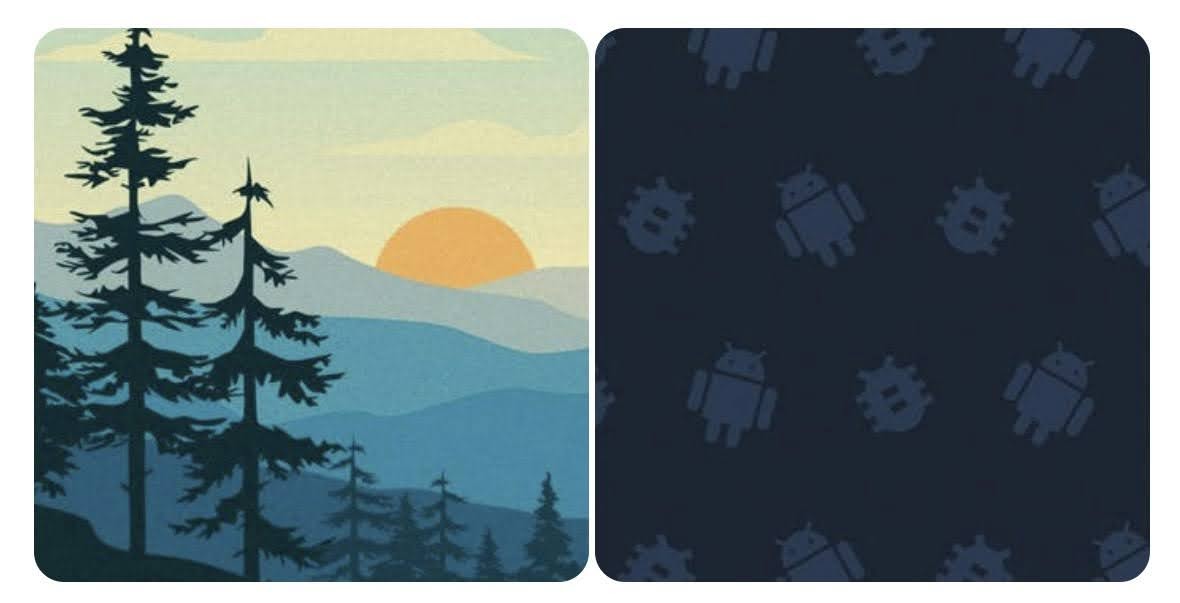 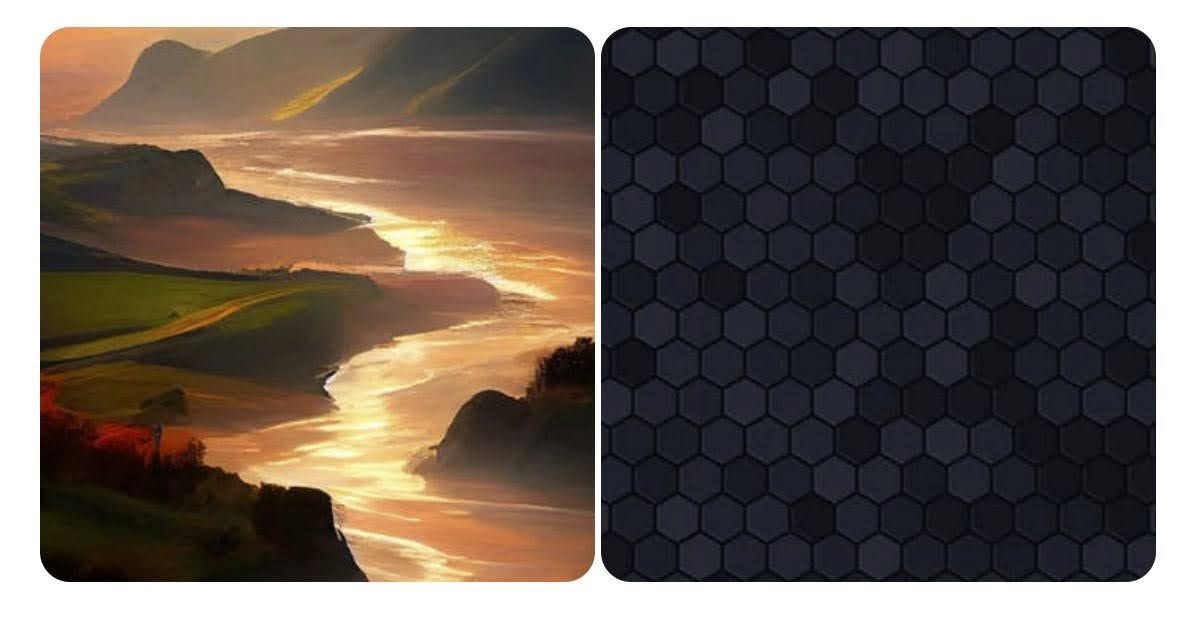 …Backdrops has a bounty of beauties just waiting to be found.

The app is a real gem. And it’s completely free to use, with an optional in-app upgrade that unlocks some extra designs and removes some ads from the wallpaper-searching interface.

Google’s charging forward with a new “rich multidevice experience” plan that’ll make it possible for your phone to communicate with other phones and computers in some pretty intriguing ways.

It’s easy to get lost in the technical mumbo-jumbo around all of this, but at its core, the setup is pretty simple:

READ MORE: You can get a good overview of what’s going on in this news article and dive in deeper to the effort on this Android Developers page.

Google’s making it easier to save stuff from the web

Hanging onto links can be a surprisingly clunky process, with either antiquated browser bookmarks or reliance on a third-party service — but Google’s determined to give us a better way.

Google’s had a link-saving service called Collections for a while now, but you’d really have to go out of your way to realize it exists. That may soon change.

READ MORE: All the info about the Collections Android testing is here, while the latest on the desktop Chrome progress is in this report.

Android’s video chat mess is getting even messier

Just days after starting to rename the Duo video chat app on Android to Google Meet, Google’s bringing Duo back to devices — in a hilariously convoluted way.

Ohhhh, boy. Brace yourself: Google decided to combine its Duo and Meet services earlier this year, but apparently, folks were confused by the transition. Who woulda thunk, right?!

READ MORE: Step inside the swirling saga (that if I didn’t know better, I’d swear had to be a satirical parody) with this dizzying description of the latest Android messaging steps.

Android 13 might not seem like the most exciting Android version — but that’s just because its coolest feature isn’t technically available for you.

I’m talkin’ about the snazzy new taskbar the software introduces as an easy way to get to any app anytime, without having to plod back to your home screen and hunt around for the icon you need. It’s insanely useful but limited only to foldable phones and tablets for now.

You’d never know it, but you can actually activate that same universal taskbar on any device running Android 13 — if you know the secret. And even if your phone doesn’t have Android 13 yet, there’s a way you can emulate the same basic concept this very second.

Try a clever new use for a classic Android feature

One of the most interesting elements of Android 13’s new taskbar is the way it brings the software’s split-screen feature back to the forefront.

Split screen has been available in Android in some form for years now, but in my experience, most folks tend to forget it exists. And you absolutely don’t need Android 13 to embrace it; you’ve just gotta find the right idea to put it to use.

Android Intelligence Platinum member Johnk shared one intriguing idea over in our Platinum Community forum that has me thinking about split screen in a whole new way:

It’s a crafty way to effectively keep three different apps available at the same time, and it may well be the most creative and inspired use of Android’s split-screen feature that I’ve seen to date.

If you use Google Docs, listen up: The desktop website version of the word processor is getting a handy new way to handle emojis while you write.

From anywhere in a Google Docs document, you can now just type @ followed by : to pull up a list of all available emojis — and if you know exactly which one you need, you can type the first letter or two of its name (thumbsup, smile, middle-finger, etc) to hop right to it.

Once you find the symbol you want, all you’ve gotta do is hit Enter to insert it into your document.